How consumers are living with rising costs

Rising costs are affecting us all around the world. A quick internet search of the word “inflation” reveals multiple news articles about increasing food costs, sky-high fuel, and record breaking flight prices.

Compared to three months ago, 56% of consumers think their current cost of living has increased.

But the impact of inflation isn’t straightforward; while people are more aware of higher price tags to their weekly grocery shop, not everyone is making cutbacks where they’re seeing the surge.

Even though current financial confidence remains somewhat secure for consumers around the world, many are taking precautionary steps.

Compared to three months ago, our number one concern is around food prices, but it’s not at the top of the list when it comes to curbing spending. Out-of-home entertainment, luxury items, and clothes are what we’re deciding to spend less on.

Out-of-home activities are often first in the line of fire when inflation strikes, and for many, that means making spending cuts to what they feel they can control. We can’t determine the impact of the pandemic on our travel costs or the war in Ukraine on our gas bill, but we can mitigate how much money we spend on the next family dinner at our favorite restaurant.

However, just because people are spending less on out-of-home activities doesn’t mean all travel or entertainment companies will suffer, and our data suggests that some are set to benefit. In fact, the fastest-growing planned purchase year-on-year is concert tickets.

Consumers are simply reprioritizing where they’re spending their money by making tweaks to how much they buy, and when.

Even with a healthy financial outlook, newer forms of credit can look appealing. In the UK and US, we’ve seen a 29% rise in consumers using buy now pay later services weekly since last year. While customers need to be wary of potential penalties like late fees, alternative payment methods can be a convenience to those making adjustments.

On the whole, though consumers are more wary of how they spend their money now that budgets are reduced, many non-essential purchases are still on the table.

The cost of living might mean spending less on luxuries, but it doesn’t signify that shoppers have stopped buying them altogether. While we’ve seen changes to consumers buying items like handbags, jewelry, and wristwatches, shifts in these major purchases have been marginal.

Not all companies can afford to lower prices, but they can all focus on adding value beyond the price tag.

Perceived value is a key purchase driver for many people. Even unplanned purchases demand that brands offer a pleasant purchase journey; and we’ve seen businesses lean into their sustainability strategies to focus consumer attention on affordable eco-alternatives like secondhand clothing as a means of value beyond price.

Cost is absolutely still a consideration. But when choosing between buying a less expensive handbag and not buying a handbag at all, many consumers still favor the former choice. And this is something that we’ve seen more prominently when it comes to travel.

Travel is still on the move

After two years of lockdowns, variants, and quarantines, consumers are looking to make the most of their vacations this year.

Even though we haven’t seen travel purchases bounce back to their pre-pandemic levels just yet, travel tickets such as flights are still within the top 10 major purchases for consumers in the last 3-6 months, and since Q3 2021 we’ve seen a 9% increase.

While most aren’t ready to forgo their vacations, they’re making some changes.

36% say they’ve become more price conscious about travel/vacations in the last three months, with the same number spending less on them too.

And with the sudden surge in travel this summer, chaotic airport scenes have driven people to look a little closer to home. 1 in 5 consumers across 12 markets are adjusting their specific plans to take vacations somewhere closer, and domestic vacations are third on the list of major purchases in the last quarter.

It’s adjustments like these that offer brands a window into how consumers are really feeling about inflation. They might be met with startling headlines about a looming recession, but recession or not, what matters most to consumers is safeguarding their non-essential purchases through modifications rather than passing them up completely.

Once again, necessities like food and utility bills are top of the list when it comes to consumers being more price conscious.

More are turning to discount or dollar stores, with the number of Americans saying they visit one often increasing by 9% since Q2 2020, and retailers are starting to respond. Walmart recently expanded its offering of third party sellers online, attracting high income shoppers.

Although we see slight fluctuations between income brackets on where consumers are buying cheaper in our data, out of the essentials listed, transport is one area where most are actively trying to spend less.

The majority of people enjoy the solitude of driving to work by car, and recent falls in gas prices have been a welcomed relief to many after a sudden jolt. But, coupled with economic uncertainty, the fluctuations in fuel prices have given drivers an opportunity to rethink their commutes.

Across Europe, several countries offered alternatives to cars this summer with reductions to public transport fares, and some have abandoned fees altogether since 2020.

Even though transport methods like taking the subway, bus, or cycling to work look appealing to most consumers who typically drive alone, for those living in rural areas, other methods aren’t considered viable future commutes. 31% of rural drivers opt for “none of these” within a list of 10 other travel options to choose from.

So, even though transport is a price concern for consumers at every income level, not everyone is able to make the switch.

It’s a problem that persists for rural residents – there simply isn’t the right kind of infrastructure in their area. Unpredictable fuel prices are a concern for everyone, but those who solely rely on their cars to get around (not only to work, but for everyday activities too) aren’t able to make the same conscious considerations that their counterparts in suburban and urban areas can.

Reductions or free fares can be appealing to the masses, but just targeting the cost of public transportation isn’t going to cut it.

Working from home is one solution here, but it’s a luxury that not everyone has, especially those in rural areas with obstacles like limited high-speed internet access.

Equally, many labored jobs require being physically present. With over a third of consumers keeping a look out for other job opportunities, employers may want to consider not only the cost of commutes, but also workplace accessibility when thinking about ways to retain their employees.

The cost of living isn’t measured on price alone

When it comes to tackling inflation, people will always look for ways to spend less, but for some purchase categories, they’ll hold on for as long as they can.

This reminds us that consumer behavior is complex and that shoppers will keep making room for the things that bring them joy. In many of these cases, they’ll make swaps, not cuts.

Brands and employers should therefore look for ways to help people better manage their money by offering more price points and flexibility.

And while many are spending less on those nice-to-haves, current predictions often overstate things. It’s crucial to remember that spending isn’t just a practical activity, it’s an emotional one too. 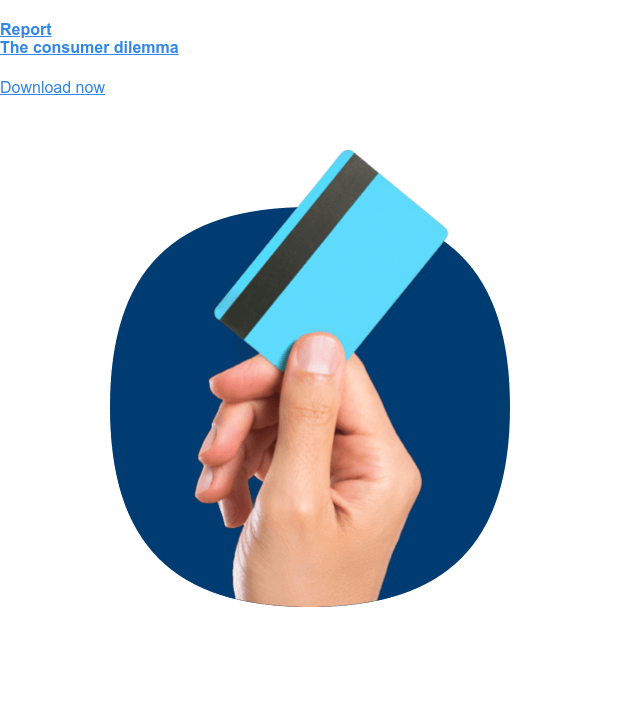