One of the most anticipated months in the fashion calendar, February means Fashion Week. Designer brands gather to showcase their upcoming collections at different catwalk capitals across the world.

In years gone by, it would take months for interpretations of them to get into stores. But in 2022, fashion is faster than ever.

Runway styles are frequently snapped, sketched and sent off to manufacturers around the world in a matter of weeks. And there’s one retailer at the forefront of getting the latest on-trend designs to the mass market – Shein.

Founded in 2008 to sell wedding dresses, Shein has been one of the biggest retail success stories in recent years, an “ultra-fast” fashion retailer beloved by Gen Z but little known by most people over 30.

16% of Gen Zers have ordered clothes from Shein in the past month – almost as many as have ordered from a fashion brand’s own website (18%).

That’s still some way behind Amazon for the moment, but it’s carrying a lot of momentum.

Much of its success has been down to manufacturing technology and operations – but much of it has come from understanding its customers.

With the help of research conducted just before Fashion Week kicked off, we’ve gathered the best insights into Shein shoppers, what makes them tick, and the things that even Shein might not know about them.

If you’ve never bought from Shein, you might have seen someone posting their latest #haul on social media. The faces you tend to see on these videos – women below 30, often students – largely reflects its user base. In fact, Shein shoppers are much more likely to be female than even those of other fast fashion sellers like Boohoo and ASOS.

Young women are fashion brands’ most frequent buyers, so they’re not overlooked in that sense. But many of their needs and interests are undervalued, and they’re definitely overlooked as the drivers of future trends.

You could compare where Shein is now with where TikTok was a couple of years ago. A Chinese-made app, popular with young women, it was often dismissed for being frivolous or lightweight – but is now part of the mainstream. 22% of Shein shoppers are on Tumblr, another social network that’s made a powerful – if largely unheralded – contribution to popular culture.

This is a group 5 years ahead of everyone else.

If brands don’t catch up they’ll lose touch with a highly desirable audience, and lag behind the cultural curve.

Fashion is volatile at the best of times. Styles change fast, not just in designs but also for the retailers in vogue. Shein’s use of data ensures it can follow what its audience craves quicker than anyone else. It’s upended the top-down model, where trends would be set by fashion houses and celebrities – and secured huge kudos from its audience in the process.

Another part of Shein’s success with young women is serving them at certain life stages. Its users are more likely to be mothers, or expecting a child. It could be that Shein is better at providing kids’ clothes, and potentially maternity and postpartum wear too. Or it could be that they’re better at providing that audience with stylish clothes at an affordable price, recognizing that they’re still fashion-conscious consumers, as well as mothers.

Or it could be both.

As journalist Louise Matsakis has said, Shein likes to “fill every niche possible”, serving ignored and overlooked market segments. Outside of maternity, its ‘Curve + Plus’ collection sits proudly between ‘Women’ and ‘Men’ on the main navbar of its homepage – unlike some other retailers, where plus-size collections need a series of clicks to find.

Helped by its extensive collection of data, Shein is well-placed to fill these niches.

The first thing to learn from Shein? Don’t take your audience for granted. Shein has swallowed up market share from other retailers because it’s guided by what its customers think and do.

Linked to that is realizing that consumers quite literally come in all shapes and sizes. Marketing strategies can’t capture them all, but brands should ask themselves if there are any segments they’re overlooking.

Shein has been able to grow its audience through highly effective partnerships with influencers. On the one hand it’s worked with celebrities like Katy Perry, Lil Nas X, and Addison Rae, and on the other it’s drawn on a network of micro-influencers, who only have follower counts in the thousands, but have a tight circle of trusting fans.

Social media isn’t the only place its shoppers respond to ads though – they’re also over 2.5 times more likely to discover brands through ads on music-streaming services. The two could even be combined, letting creators and influencers share their playlists under a branded umbrella – just as Gymshark has done.

Many brands have at least dabbled with influencers at some point, so perhaps the best thing to learn from Shein is the power in mixing high-reach celebrity accounts with high-impact micro-influencers and content creators.

Providing a platform for creative and ambitious fans of your brand will lead to great buy-in. And as we’ve covered elsewhere, one of the side-effects of the pandemic has been consumers feeling that they’re more daring and talented than before, making it an ideal time to lean into their ideas.

The point of fast fashion is to get trendy items to consumers as soon as possible. Simple.

This has implications on how those products are bought. And here, too, the stereotype of a Shein user is largely accurate.

Shein buyers also have an interesting relationship with income and status. They’re not especially high earners – if anything they tend to have a lower income – but they perceive themselves to be affluent, and not at all price-conscious.

They’re much more likely to use Klarna-style ‘buy-now-pay-later’ services, so we can assume a lot of their spend is on credit.

Shein’s low prices have raised eyebrows in the industry, but given what we know about the audience, it’s probably not the whole story. When you look at TikTok hauls, the total spend can be quite high.

Some of this has to be taken with a pinch of salt – consumers rarely practice what they preach when it comes to pricing. But there are important insights about how Shein shoppers behave that shouldn’t be ignored.

For instance, while they buy products online quite a lot, they’re less likely than the average to browse for products. So what gives?

Our take on this is similar to what Dimitrios Tsvrikos, consumer psychologist at University College London, says: “shopping on Shein is a form of online entertainment.”

It’s closely associated with TikTok for good reason – posting your haul, and seeing other people’s, is all part of the experience. The app itself is highly gamified. There’s in-app rewards, and the chance to find clothes no one else has – before they’re out of stock.

Above all, there’s a small decision making window for buying clothes on Shein.

What can other brands learn from this? Sometimes the purchase journey is incredibly short, so remove friction where it exists.

For fashion brands and retailers – understand that entertainment is part of the reason why consumers log on. Chinese apps have understood this for some time, adding content and community features. Not everything they do will migrate West, but there’s still room for fashion retailers to capture a mall-like experience in the digital space, where socializing and entertainment live alongside shopping.

What do recycling, personal data, and politics have in common? Criticisms of Shein have come from all three areas. But also – Shein shoppers are less likely to care about any of them.

We often talk about Gen Z in the context of the climate crisis, and it’s easy to think that all young people are fiercely ethical and environmental.

But Shein’s audience teaches us two things here: one, that generations are not completely uniform, and two, that the environment is such a big topic, people think about it in different ways.

It’s not as if Shein shoppers don’t care about the environment at all – we learned in our January research that Shein shoppers are concerned about the impact of climate change, not just on the planet but for themselves personally. They think people should support sustainable brands, and seeing how many are interested in vegan food and plant-based diets, they clearly think about how what they eat impacts the planet.

We also learned that when they buy groceries, they think about the environment a lot. They want products delivered on eco-friendly transport and for there to be less packaging with their deliveries. But these seem to be less important where fashion is concerned.

The big takeaway here is that consumers make different calculations about the environment in different areas in their life.

A classic example is travel – most consumers think the cultural and mental benefits of travel outweigh the environmental costs. A similar logic is likely at work for Shein shoppers when they log on to order the latest threads.

Brands shouldn’t treat the environment as a one-size-fits-all issue, and be aware of how consumers view the sector they sit in specifically.

5. Shein’s success can still be built upon.

What makes someone buy clothes from Shein and not somewhere else? Its low prices are the obvious explanation, but there’s more to it than that.

We can get some clues by looking at what’s important to shoppers when buying clothing online. Some of these are a good match for Shein’s model – but others are more up for grabs.

It may be that Shein’s distinctive ziplock bags have a kind of minimalist aesthetic about them, but there’s probably more ways to take advantage of such a vital touchpoint with consumers.

Even if you’re dealing with basic cardboard boxes and poly bags, there’s still ways to slip in moments of joy at the point of delivery – a high point of anticipation in any purchase. Shein shoppers are big viewers of vlogs, where ‘unboxing’ videos are popular, and where those moments of joy are highlighted. Cottagecore clothing brand Son De Flor adds a little surprise to its orders, slipping poems into the pockets of its dresses. It’s a personal touch difficult to scale up, but can act as useful inspiration.

Another trait among Shein shoppers is wanting recent, fashionable styles, which makes sense given that speed to market is its biggest strength.

Somewhere Shein is relatively slow though, is in shipping. Shipping from China can take weeks, which is at odds with its audience preferring retailers that deliver quickly.

It’d be no easy feat, but any brand able to combine a Shein-like speed for tapping into trends, along with rapid delivery, would be in a great position.

Shein will stick around, though it may have some rocky years ahead.

Shein has emerged seemingly from nowhere to become one of the biggest fashion brands in the world, helped in no small part by a deep understanding of what its customers want.

Some of this growth has to be seen in context, though, and it’s likely it’ll face more pressure as it becomes more established in the coming years. Either due to its perceived environmental failings, controversial data collection, or because it gets caught up in geopolitical disputes. Shein hired an ESG executive in December 2021, so it’s clearly more invested in its broader impact.

The Shein model has some growing pains, but there are still great examples in its success for other brands to follow – and not just fashion retailers – in its ability to serve overlooked market segments, its understanding of trends, and its knowledge of what its customers truly value. 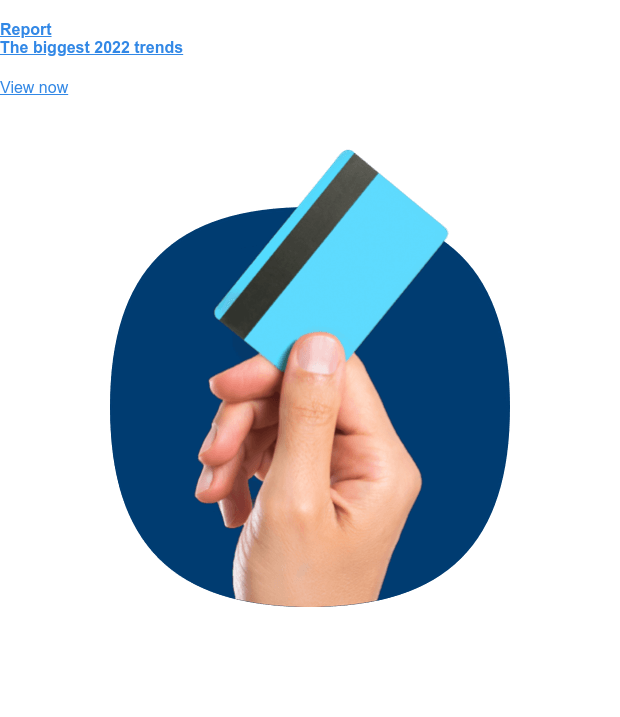