With a total value of over $68 billion, “Star Wars” is the fifth-highest grossing media franchise of all time.

But when George Lucas first pitched his ambitious space opera in 1973, he was met with skepticism. No one could have foreseen the phenomenal empire Star Wars would one day become.

46 years and 10 films later – not counting several television serials and infamous holiday specials – fans worldwide are preparing for the newest installment in the main series continuity, “The Rise of Skywalker.”

Lucasfilm and the rights to StarWars were acquired by Disney in a deal back in 2012.

With its extensive film history and numerous spin-off media, Star Wars is tipped to greatly bolster Disney’s timely entry into the streaming war, since the company will broadcast the series on its new streaming service, Disney+.

Star Wars fans are not a niche group.

Though the majority (over 6 in 10) are male, the generational breakdown is not so black and white: Star Wars has the rare advantage of being a popular franchise, with cross-generational appeal.

With more Star Wars related content in production, Gen Zs are likely a growing demographic for the franchise to expand its influence – especially with the success of ongoing series “The Mandalorian”, a Disney+ exclusive that captured audiences’ hearts through the introduction of Baby Yoda.

Overall, North America is home to the greatest concentration of this audience, with over 1 in 3 internet users in this region identifying as fans of the franchise.

A sociable and outgoing group, Star Wars fans are 25% more likely to fall into our cosmopolitain¹ audience segmentation category. Almost 3 in 4 say they want to explore the world around them and immerse themselves with different people, cultures and lifestyles.

They’re also aspirational and career oriented, with 2 in 3 striving to fit as much into their day as possible and pushing themselves to be the best they can be (73%).

Relationship with film and TV

Unsurprisingly, Star Wars fans are an audience of cinephiles, with two-thirds citing an interest in films/cinema, while 1 in 3 visit the cinema at least once every two weeks.

But it’s their interest in other popular franchises that really sheds light on this audience’s love of the big-screen, especially in relation to the fantasy, science-fiction or superhero genre.

Well over half of Star Wars fans consider themselves fans of Marvel films, putting them significantly ahead of average here, with fans’ enthusiasm for Spider-man (54%) and Harry Potter (52%) trailing closely behind.

Including the X-Men and Disney films, a total of 4 Disney-owned properties are among this audience’s top 5 favorite film franchises.

With such a vast array of popular content, Disney+ is sure to offer a tempting alternative to current streaming services such as Netflix and Amazon’s Prime Video.

Needless to say, if there’s one place to reach them, it’s through film, given they’re 44% more likely than average internet users to say they typically discover new brands through ads at the cinema (1 in 5 do).

For an audience that spends, on average, up to 2 hours a day still watching traditional TV, this avenue shouldn’t be overlooked by marketers, particularly since this is roughly 30 minutes more than the time they spend watching TV online.

While 3 in 10 cite TV shows and films as a source of brand discovery, over 4 in 10 still discover products via ads seen on TV.

Discovering brands via TV ads is far more common among the Star Wars fans aged 55-64, as they are 44% more likely to discover brands in this manner.

Passionate about a variety of topics, Star Wars fans utilize online spaces to discuss their interests.

They’re 26% more likely to use the internet to share their opinion, with just under 40% of Star Wars fans stating that voicing their opinion is one of their main reasons for using the internet.

Consumers in this audience don’t just stick to having one interest and see themselves as sources of knowledge on a variety of topics. They actively seek greater involvement with their favorite brands and media, using both the internet and social media as tools to let them be heard.

As cinema-buffs, films are a popular online discussion for Star Wars fans, who are around 40% more likely than average to post their opinion on a film, with 1 in 4 doing so each month.

Meanwhile, music (21%) mobile phones (20%) and technology (20%) are other key topics when it comes to conversing on the internet.

What this audience really relishes, is the opportunity to join in discussions relevant to their interests and socialize with like-minded individuals in the process.

2 in 3 Star Wars fans agree the internet makes them feel closer to people.

With just under 4 in 10 using the internet to meet new people and 3 in 10 using social media for the same reason, fans’ desire to connect with one another clearly correlates with their online presence

To this end, Star Wars fans are more likely to be found on sites that offer a greater emphasis on discourse and forum activity.

A fifth visit/use community-based platforms Reddit and Twitch each month, being 35% more likely to use each of these platforms compared to the average user.

Reddit, in particular, has an enormous, community-driven database that covers everything from popular topics to more niche or obscure interests.

Displaying an emotional attachment to their favorite content, Star Wars fans expect two-way dialogue with brands and companies. Some individuals are more keen than others to contribute their opinion, with just under 1 in 5 fans using the internet to provide ideas for new products.

As such, this audience is 32% more likely to want brands to run customer community forums, where they know their opinions are likely to be heard. So it’s not surprising then, that over half want their favorite brands to listen to their feedback.

Looking specifically at the actions they perform on popular social media sites reveals an audience that prioritizes greater interests.

For example, Twitter gives fans the chance to interact with celebrities, a popular activity undertaken by 1 in 4 members of this audience – Star Wars fans are 32% more likely to tweet or retweet a celebrity on a monthly basis.

Having access to these otherwise hard-to-reach individuals increases fans’ affinity for their favorite movie franchises.

Communication with brands is equally sought after, since brands can address this audience’s concerns on social media directly.  In fact, Star Wars fans are 36% higher likelihood to tweet a question about a brand, company or product.

When it comes to Facebook, Star Wars fans like to use the platform in tandem with their media consumption.

They’re 43% more likely to say that while watching TV, they second-screen, engaging with the same content on TV, through another device. A fifth say they do this on Facebook, making them 45% more likely than the average internet user to do so.

As a film-oriented audience, they use YouTube to search upcoming media. For example, 1 in 3 use the platform to game trailers and over half use it to watch film trailers.

Again they’re likely to want to voice their own opinion here, with 1 in 4 saying they’ve left a comment on a video.

But it’s not just a place to browse trailers: YouTube also caters to a key influence in this audience’s purchase journey; vlogs and user-generated content.

Overall, 55% of Star Wars fans watched an online vlog last month, being 36% more likely to discover new products via this method and 30% more likely to conduct research this way.

A third watched a consumer review of a product on YouTube in the last month, putting them 33% ahead of the average internet user to have done so.

Youtube is also a place where fans can seek out endorsements from celebrities.

When they’re not reaching out to celebrities on Twitter, they’re following their content on YouTube, as evidenced by over 1 in 3 fans who watch a video posted by a celebrity monthly.

With more ways than ever to reach companies and specific individuals, fans not only have a voice, but a real influence on brands, products and even multi-billion dollar film franchises.

At the beginning of 2017, Star Wars fans accounted for over 1 in 3 internet users. But into the second half of 2019, this figure has fallen to just over 1 in 4.

A divisive reaction to 2017’s “The Last Jedi” and box office loss with 2018’s “Solo” may be to blame with a small subsection of fans even petitioning Disney to remove“The Last Jedi” from Star Wars canon entirely.

Though this was never realized, we saw earlier in the year what sway large fanbases, including Star Wars fans, can have.

For example, outcry at video-game character Sonic’s appearance in Paramount’s first “Sonic the Hedgehog” trailer in May led to its complete redesign, pushing the film’s release back by several months. (Fortunately, the redesign was met with acclaim after the second trailer was released in November.)

Star Wars fans are an influential group, and no doubt make for powerful influencers as well as critics, particularly in relation to the franchises they covet.

Their support is not only important for generating interest among others. Brands can benefit from these fans’ loyal purchase behavior, as 2 in 3 say once they find a brand they like, they are likely to stick with it.

By understanding this audience’s motivations and desires, brands can ensure they don’t land on their dark side.

After all, they’re certainly a force to be reckoned with. 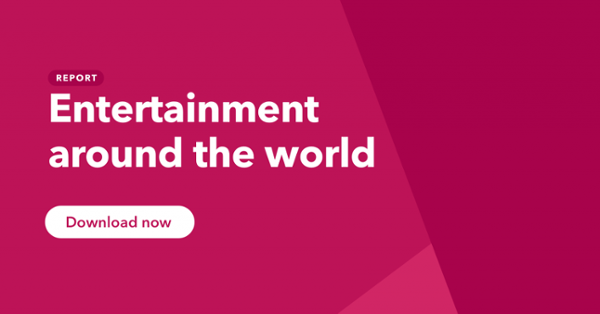 ¹Cosmopolitan consumers are defined here as those who agree they are interested in other countries, cultures, ideas and lifestyles and have intention to explore the world around them.