3 Things to Know about Festive TV Viewing this Christmas

The holiday season always promises an abundance of iconic and festive content to enjoy. With people breaking from work and having more spare time on their hands, that means more eyeballs than ever on the TV screen – and with that comes big commercial opportunities for brands and retailers.

This time of year gives consumers the chance to binge watch the box sets and tune into the movies they usually don’t have the time for. In fact, 55% of those who will be watching TV over the holidays say they’ll be watching more than normal – and that’s a story that holds true across the age groups.

Less than 10% see the holidays as a time to break away from their TV screens.

As the reach of online TV and subscription services increases with multi-device behaviors, understanding the dynamics of TV becomes even more important. So how and what will consumers be watching as they head into 2019?

As part of a bespoke study, we asked 2,700 internet users in the UK and U.S. about their viewing habits this festive season. Here’s what we found out. 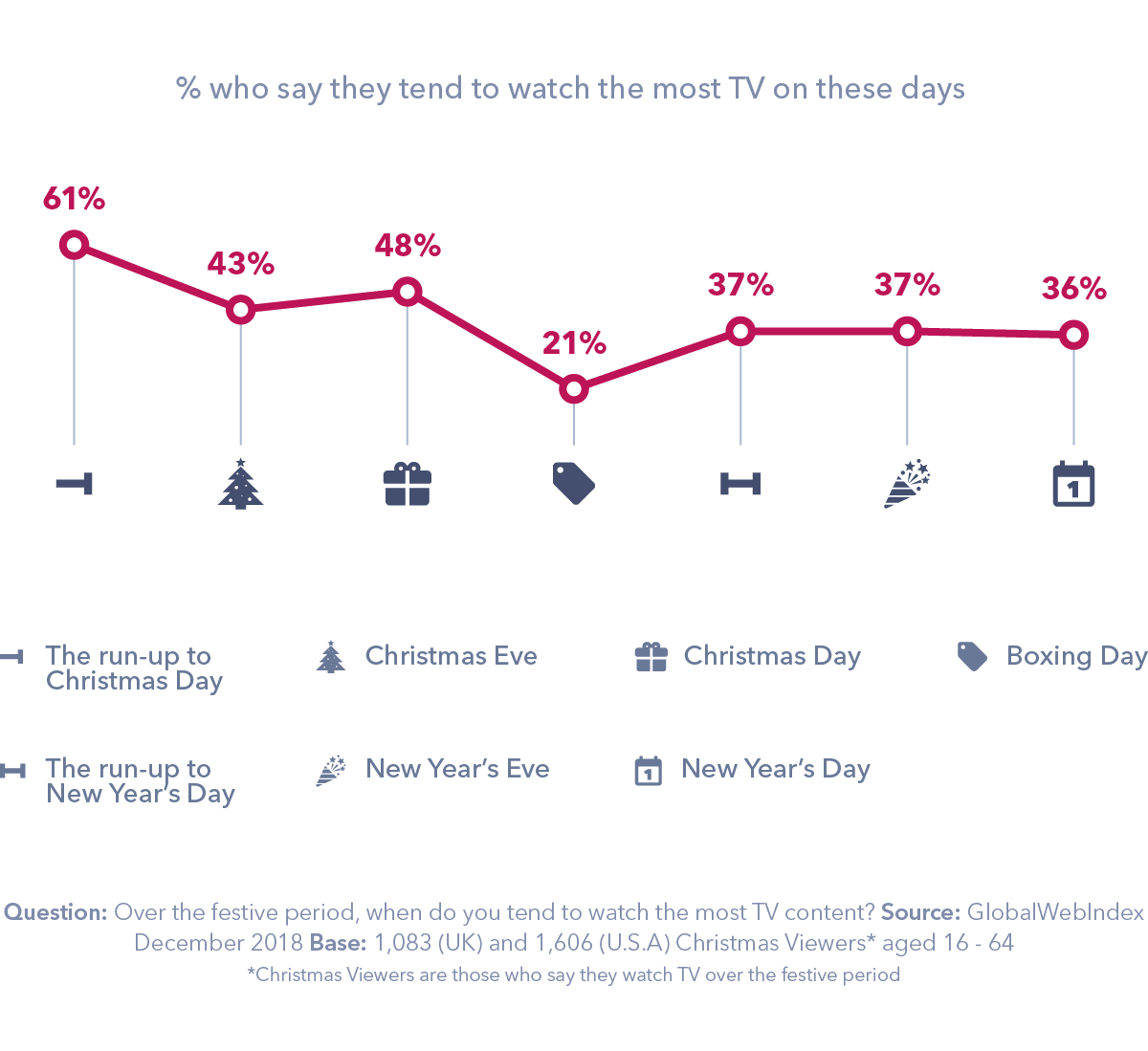 As they wind-down and get into the festive spirit, it’s in the run-up to the 25th that TV viewers watch the most TV. Christmas Eve is set to be important too, with 43% of TV viewers saying this is when they tend to watch a significant amount of TV.

Perhaps most revealing are the figures for Christmas Day. While some assume consumers turn away from their TV sets in favor of family time on this day, almost half (48%) in the UK and U.S. say it’s when they watch some of the most TV over the festive period – almost twice as many as those doing so on Boxing Day.

This could be down to the family traditions built around Christmas Day – for example, families may watch a Christmas movie together in the evening, or in the UK, it’s often tradition to tune into the Queen’s speech mid-afternoon.

2. The holidays are a time for watching sports. 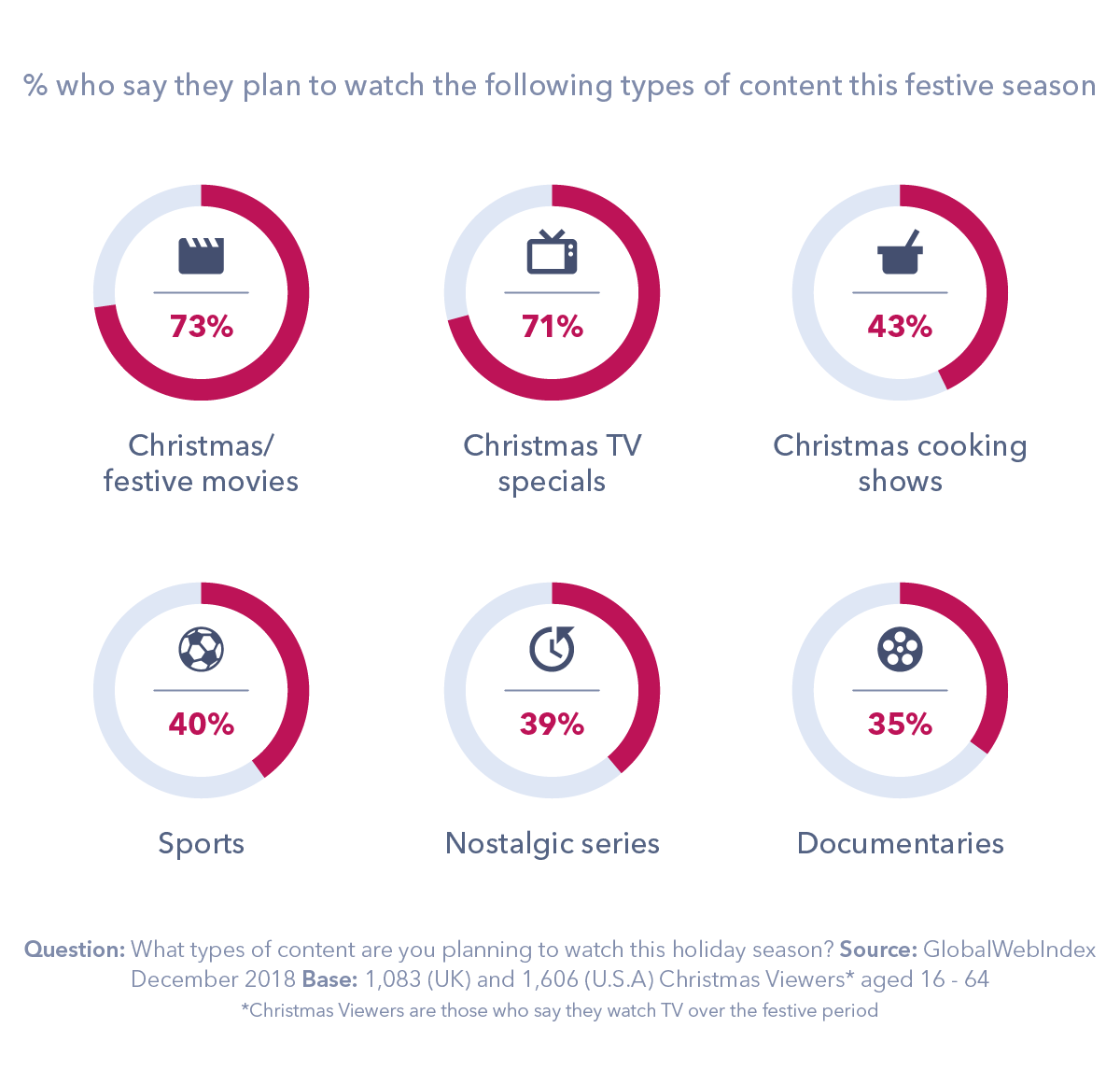 Festive movies like The Grinch and Home Alone, as well as Christmas TV specials, are naturally at the top of the Christmas TV preferences, but it’s not just festive content that will be getting the attention over the holidays.

As many as 40% say they’ll be watching sports around this time too.

In the UK and U.S., sporting leagues like the Premier League, NBA and NFL all broadcast games across Christmas and New Year. The Premier League, for instance, will broadcast four games over the two-week period – and Boxing Day is always a key date in the diary for football fans. Meanwhile, the NBA and NFL are the only two franchises with a live sport broadcast on Christmas Day – and the anticipation for this is often unmatched.

Sports viewing is one form of content that retains its appointment-viewing status, and during the holidays especially, there’s bound to be an appeal in watching the games live on a big TV screen with friends and family around. Along with this group viewing comes an even bigger audience and opportunity for brands and advertisers to leverage.

Viewers this festive season won’t be limiting themselves to watching pre-scheduled broadcast or cable content.

UK and U.S. viewers are more likely to be watching subscription services like Netflix (64%) than they are live broadcast TV (55%).

The growing love of ‘binge watching’ TV series, combined with the extra time consumers have to do so, are giving services like Netflix the boost. Online TV services like these offer consumers the on-demand choice and flexibility that broadcast TV can’t mirror. 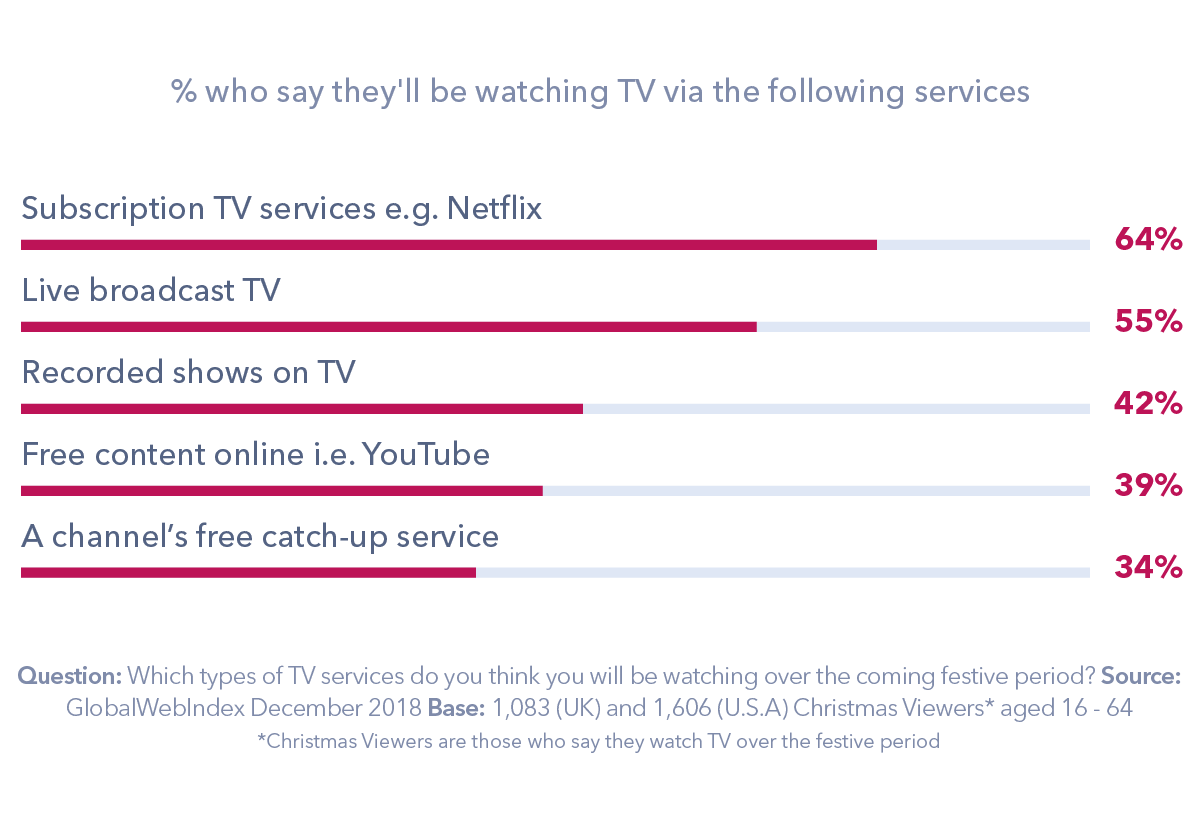 The ability to watch online TV services across a number of different devices is having an impact too. Among those who use these services, 43% are watching via a laptop, 35% are using a smartphone or tablet app, and 29% are using an Amazon Fire stick.

And with Christmas gifting expanding ownership of TV streaming sticks and smart TVs even further, these online TV services are likely to become an even more important part of consumers’ media portfolios next year.

That’s not to say there’s no place for broadcast TV in their schedules. In fact, most will be watching more TV than average, and combining online and offline forms of TV.

This means TV advertising is by no means redundant, as many will be planning their days around all the festive TV content that’s scheduled. Of course, this represents a big opportunity for advertisers – especially considering that 6 in 10 say that festive TV ads influence what they go out and buy.

This festive season promises to offer some of the biggest variety of content online and offline thanks to TV subscription services becoming more widespread. Consumers can choose to binge watch their way through Netflix original content, tune into the new drama being broadcast on cable, or watch their favorite seasonal specials on catch-up.

With that comes a big opportunity for brands and advertisers to target audiences with topical and relevant ads on more platforms than ever. 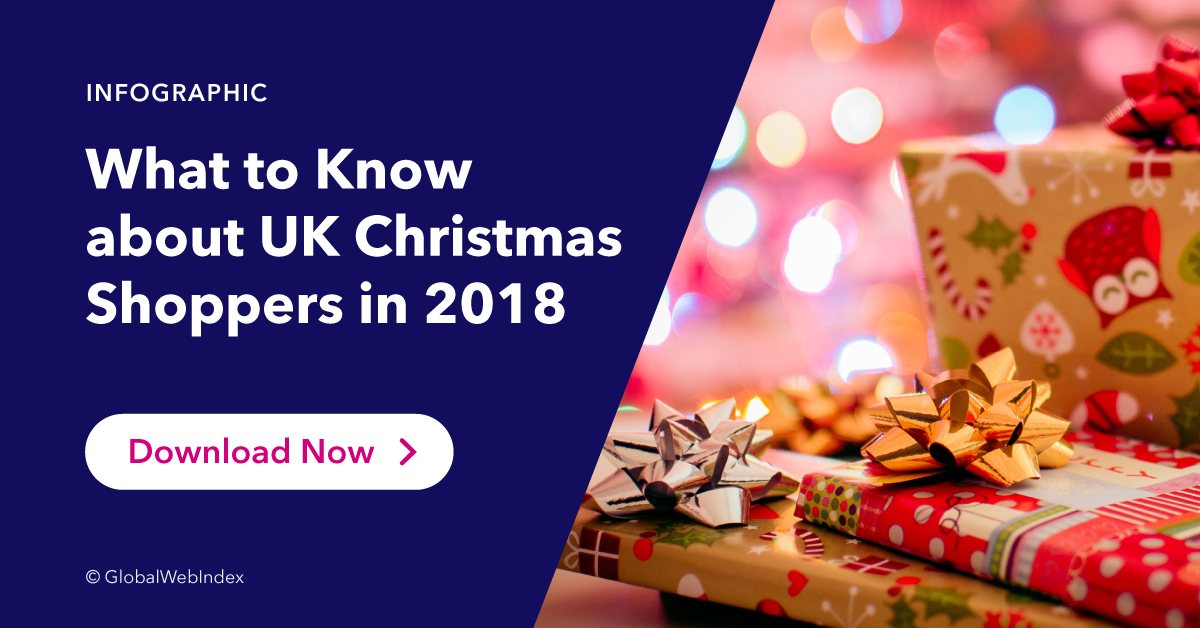