How Brands Can Engage Video Creators on Social Media

The pivot to video has been a huge trend in media, advertising and publishing landscapes over the past few years. It’s been driven by a perception that video – especially mobile video in short-form – is the heartland of digital content. 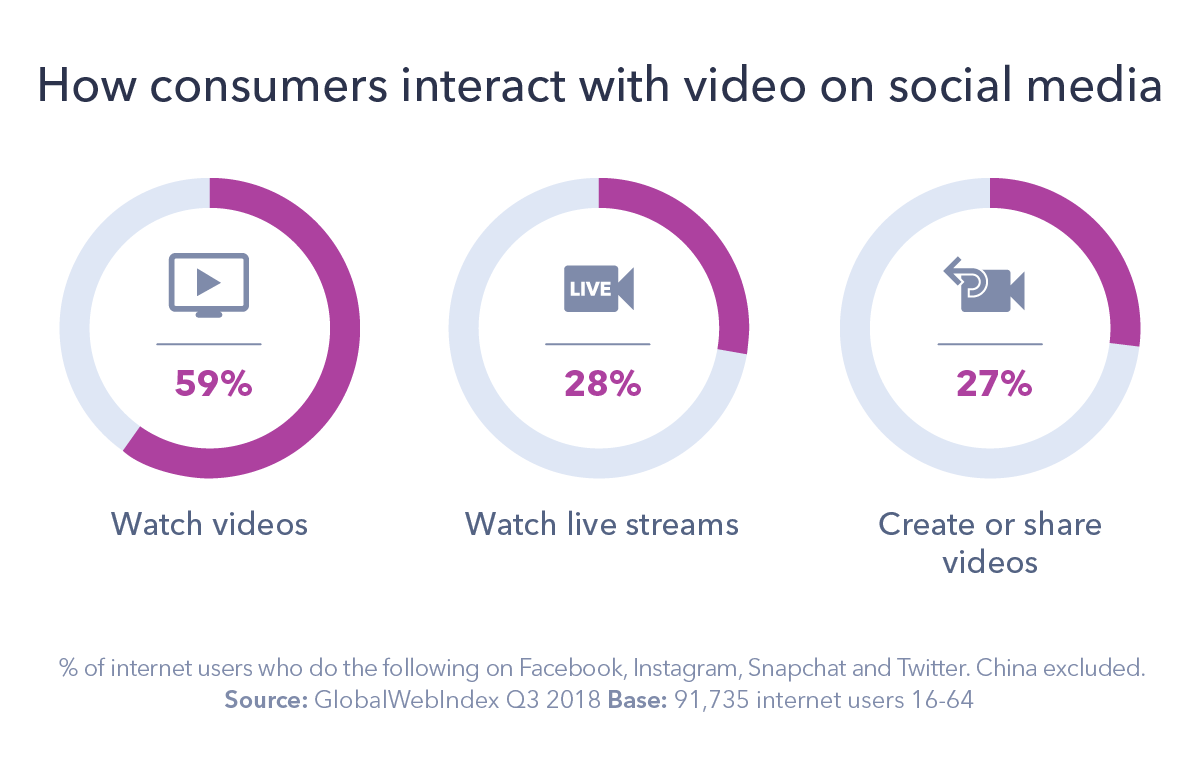 It’s long been our opinion that this is part of a greater tilt toward an entertainment-first social media landscape. Social media motivations like wanting to network, keep up with friends, and other measures of sociability are flatlining as videos, sports, and gaming gain significance.

Who are social video creators?

A large share of consumers, however, are straddling these two trends – the pivot to video, and ‘desocialization’ of social media — the so-called social video creators.

These aren’t paid influencers — the 27% categorized as social video creators are people who upload and share videos, use their apps’ live functions, and so on. They’re not just liking and retweeting, but publishing video content that they create themselves.

We can see some definite patterns that set these consumers apart from others who for whatever reason choose not to share videos. For one, it’s attitudes that come through – especially opinions that reflect a degree of expressiveness.

They use social media to share their opinions, details about their day-to-day lives, and support causes at much higher rates than other internet users.

They’re also 15% more likely to be in the top 10% income group and 15% more likely to have postgraduate degrees. We find that interest in topics like urban and modern art, entrepreneurship and business is much higher than the global internet users in general.

They’re also around 40% more likely to say they’re interested in keeping up with fashion or tech trends – which is one of the reasons brands should be aware of them.

Their other main demographic differentiator is geographic — as we see across a range of metrics, internet users in the Asia-Pacific region and Latin America are a lot more inclined to use social media and adopt new technologies.

Niche social platforms have an edge.

Interestingly, even though we identified social video creators based on actions they’d taken on the major social media platforms, it’s actually the smaller, more purpose-built platforms that are doing better among this audience. Bearing in mind that this covers any active contribution, we can pick out some key themes. 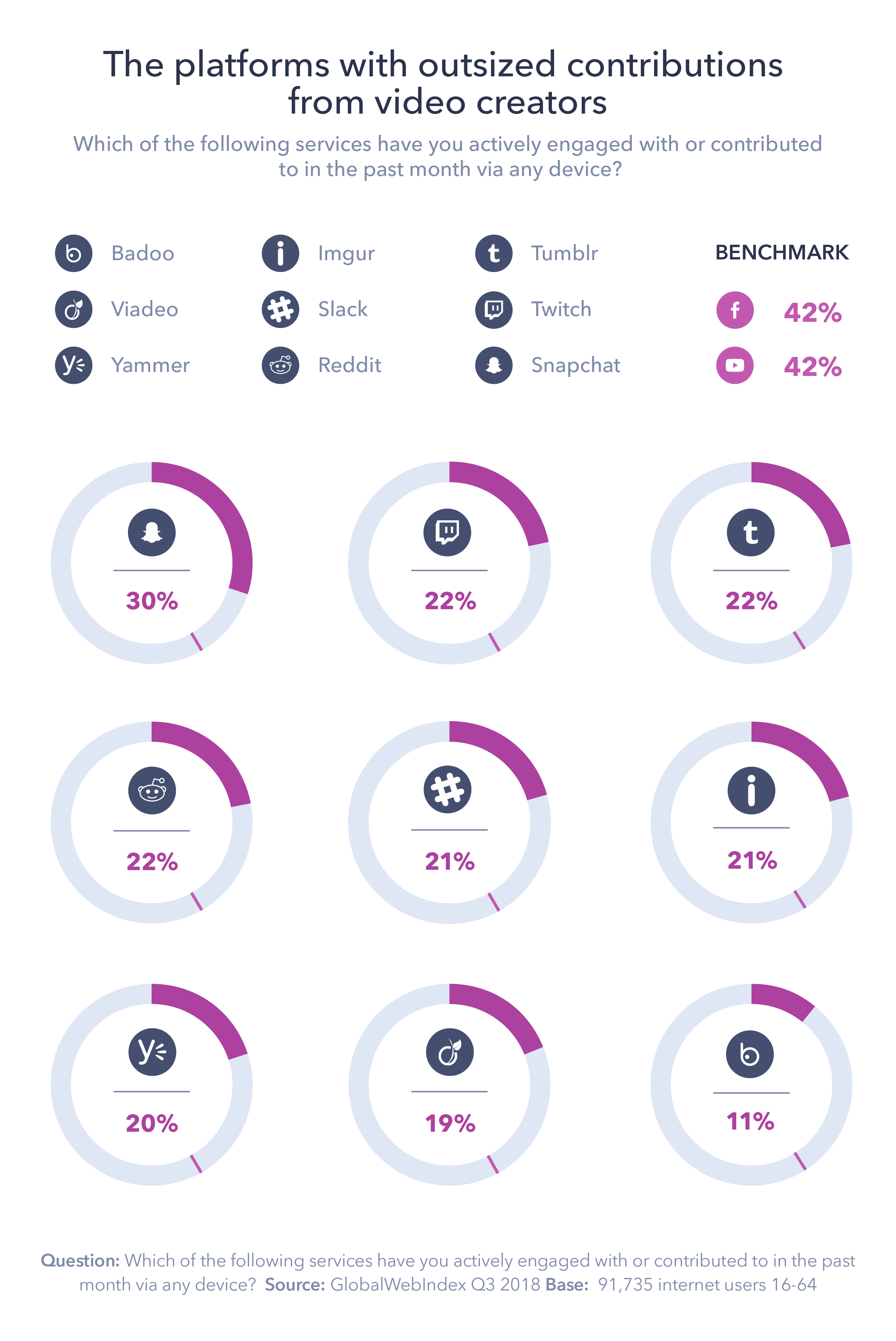 Professional platforms (Viadeo, Yammer, Slack) are big, reflecting the combination of higher socioeconomic status and youth in the audience.

Naturally, we have visual-first sites: Imgur and Tumblr, which have seen much less content professionalization than many of their larger competitors. Reddit fits in here well as a particularly user-generated social platform.

By sheer volume, classic social media platforms like Snapchat, Facebook and Twitter attract the highest share of contributors, but they’re underperforming relative to the smaller platforms. YouTube (not listed), which 42% engaged actively with in some way (e.g. by posting a comment or liking, not necessarily uploading a video), is barely more popular than with internet users at large.

People who share video content are both more open to marketing, more keen on new tech and products, and more likely to tell friends and family about products. 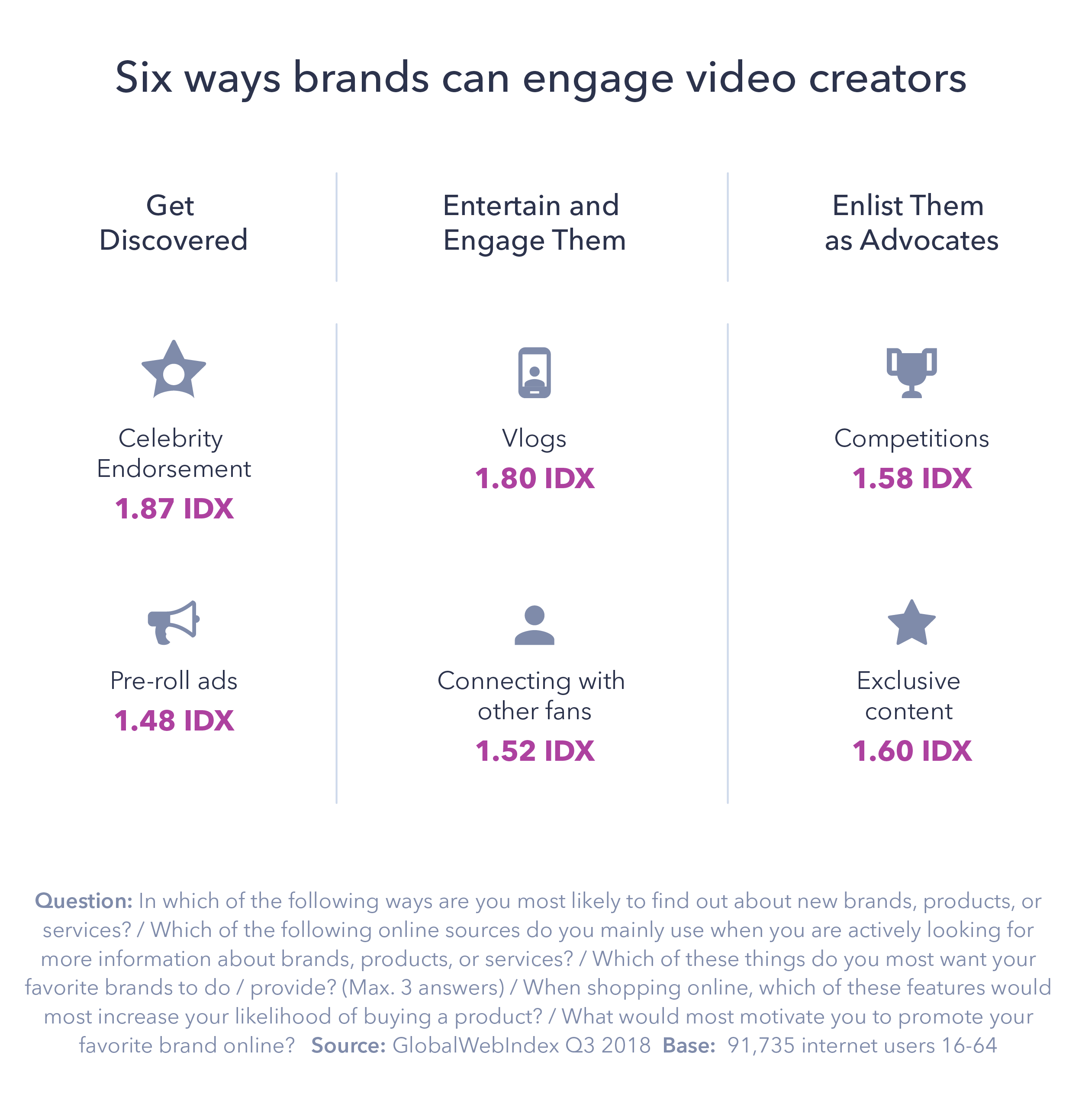 They’re an audience that brands will want to engage at the point where influencer collaboration bleeds into digital word-of-mouth and virality.

20% of social video creators said they’d shared a post from a brand on a social network within the past month – almost twice (1.8x) the average rate.

20% have also uploaded videos or pictures to a brand’s social page.

Thanks to their comfort and openness with brands, these consumers show a better response to competitions, direct outreach from vloggers, celebrity campaigns, and similar direct calls-to-action than others might.

This alone makes them an interesting audience, well-worth the extra attention. 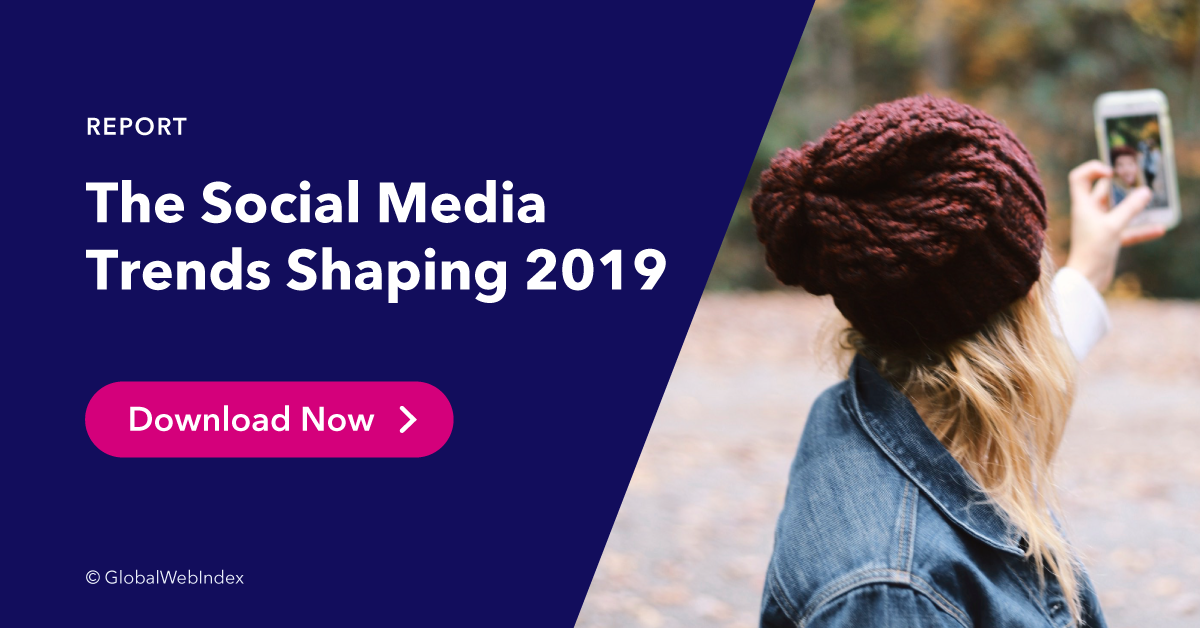