What’s an NFT? Here’s how brands can add them to their marketing

In March 2021, a graphic designer from Wisconsin made art history.

Mike Winkelmann, better known as Beeple, saw bidding on his work Everydays: The First 5000 Days close at $69 million at an auction hosted by Christie’s. At a stroke, it put him among the three most valuable living artists.

What exactly had he sold? Not a painting, not a sculpture, but a non-fungible token, better known as an NFT.

Since that auction, NFTs have spread like wildfire throughout the marketing world. But the world of NFTs is an unpredictable one, so we’ve collected our best research into the topic to help guide marketers through it, whether you’re an NFT noob or an OG.

In this blog we cover:

Most people don’t know what NFTs are

At this point you may be thinking: what exactly is a non-fungible token, anyway?

As with many ‘web3’ topics, explaining it can be difficult, because it relies on terms that need quite a bit of unpacking too.

The simplest definition is this: it’s a file that establishes proof of ownership of a digital asset.

Crucially, it’s not the digital asset itself. Many newspapers reported on the Beeple auction as if people were bidding on an image file, which wasn’t the case. They were bidding on a file that contained a URL pointing to said JPEG file.

It’s a sign of how unfamiliar this world is to consumers. And that’s not even the biggest misconception around NFTs.

In a survey we ran in April, when asked which option they felt best described an NFT, 14% of consumers chose the deliberate red herring “a digital image/object that people can own”, but the most popular option of all was “a type of cryptocurrency”, which is also wrong. Cryptocurrencies can be traded and have innate value – they’re “fungible” – whereas non-fungible tokens are…not.

Even among consumers who have heard of NFTs, only a quarter of them can correctly identify what they are. And even though knowledge on exactly what they are is low, awareness of NFTs has increased since last year.

For marketers, here’s the first important lesson. It’s easy to get deeply immersed in ‘web3’ topics, especially when awareness seems high, but be warned that the majority of consumers can’t tell their bitcoin from their blockchain.

Any use of NFTs has to ensure they clearly communicate what they are, especially when money changes hands.

Watch out for instability in the market

The market for NFTs, and crypto as a whole, is incredibly volatile. 2022 has already seen dramatic peaks and troughs, and NFTs will likely go through a series of boom-bust cycles before the market properly stabilizes and their true value becomes clearer.

This is part of the reason why NFTs can carry some reputational damage if not handled with care. Brands as varied as MeUndies, WWF-UK, and a host of game developers have been forced into U-turns following customer backlash. And our research identifies just what it is about NFTs that creates such a strong response.

The thing that most interests consumers about NFTs is being able to make an investment. But unstable prices (41%), scams (37%), and a lack of regulation (35%) are the biggest perceived disadvantages.

Putting out NFTs as an auction on the open market right now is a big risk.

But there are other ways to use them, and NFTs can still work. And the first part of making them work is understanding who their early adopters are, and what they care about.

NFTs are more than just art

It’s easy to get disheartened by the negative headlines around canceled NFT initiatives, but there’s a group of consumers who know what NFTs are, are interested in them, and actively buy them. Through our Sports data set, we have a great window into the 12% of sports fans* who purchase digital collectibles like NFTs.

Helped by the success of NBA Top Shot, NFTs are more proven in the sports world. And putting NFT owners under the microscope offers useful lessons for how to make best use of them in campaigns for brands of all stripes.

When we dive into the numbers behind NFT holders, we find that millennials buy them more than every other generation.

We find that NFT holders are high earners and, as you might expect, they’re very into business, entrepreneurship and investments.

Though many people associate NFTs with digital art (largely thanks to the Beeple auction), they don’t have to look good. The aesthetic behind ventures like the Bored Ape Yacht Club has been criticized, but the look isn’t really what matters. It’s owning that status symbol, and showing you’re part of an exclusive club.

Outside of art, NFT holders are more likely to be interested in popular culture topics, like reality TV and celebrities. If you’re a brand marketer thinking about what assets might make a good NFT, you’re better off seeking things that drive buzz in the cultural conversation.

How brands can use NFTs

The most distinctive trait of NFT holders, though, is the emphasis they put on community.

As a part of the various technologies usually gathered under the banner of ‘web3’, NFTs come from a philosophy of radical decentralization. For the most part, the people building the technology NFTs sit on believe in creating a new type of internet that will empower users, instead of platforms and governments.

How likely or realistic this outcome is is a matter of debate. But the essential idea of identifying with like-minded individuals is a core value NFT holders have.

They’re deeply community-driven, being 86% more likely to say they buy products to access the community around them, and they’re also more likely to advocate brands that enhance their reputation, or give them exclusive content.

The NFT community is very active on Discord, a social media platform that has community baked into its very core.

Helped by expertise in digital, one brand is showing signs that it truly understands what using NFTs to build and nurture a community actually means.

While details on it are thin at the moment, largely limited to a press release touting the “digital Third Place”, Starbucks’ upcoming NFT initiative looks promising because it gets what NFTs are about, and positions it in line with the company’s mission.

For starters, Starbucks has proven in the past few years it understands digital, with its app and on-the-go ordering system being pioneers in the field. It has a well-known digital rewards system, which its NFTs are likely to layer nicely on top of.

It’s the right brand to be focusing on a premium membership tier too. It’s a well-known, well-respected name whose merchandise is often in high demand.

Its move into NFTs hasn’t come out of nowhere. It’s closely integrated with its business model, even to the point of ensuring its choice of blockchain technology meets its sustainability commitments. Its NFTs won’t be sold as speculative assets, but access passes with a clearer sense of added value to their buyers.

The “third place”, the space between home and work where people can bond, is central to Starbucks’ identity. And Starbucks NFTs will help create “a new, global digital community”, where branded collections will give customers exclusive access to experiences and perks.

Starbucks could have easily thrown a few branded pieces into an auction and called it a day, but instead, they’re building something with lasting value that will really resonate with its target audience.

It’s easy to say that the future of any technology is completely unpredictable. But there’s an example from recent history we can look at to have a good guess at where NFTs will end up, and help futureproof strategies in the process. A technology that also ushered in a host of short-lived innovations and initiatives. One which promised a whole new way of interacting with online content.

To understand the future of NFTs, you have to look at QR codes.

Marketers were very keen to play with QR codes when the tech was shiny and new. There were QR codes on pavements, police vehicles, and postage stamps.

Like NFTs, they were often paired with art. And like NFTs, the early user experience wasn’t actually that great. Not all smartphones could natively scan them and users often needed to download an app to be able to use them. Likewise, it’s currently impossible to buy NFTs through your phone on their biggest marketplace.

Our data shows how well QR codes mapped onto the traditional hype cycle of new technologies. There was a peak in usage during 2013 when they broke onto the scene, before falling again through the middle part of the decade as the sheen wore off, before rising again and stabilizing as they found their niche in 2018.

There are important differences with NFTs, not least in that NFTs tend to come at a price. But based on the QR code example, it’s easy to imagine how the future of NFTs will pan out. Many of the flashier and more experimental use-cases will fade away, while a more practical core of applications will persist.

So the most long-lasting use-cases for NFTs might be some of the most unassuming. Not as proof of ownership for flashy pieces of art, but for concert tickets, to provide details about a product’s supply chain, or as a key to access a VIP club. NFTs can be linked to anything – the state of San Marino even uses them as part of its vaccine passport system.

But it’s that sense of using NFTs to access a branded community that’s likely to be the way forward for NFTs in marketing.

They can give the feeling of community NFT holders crave, but community has to be more than just a buzzword. You have to engage with it, reach out to brand advocates and figure out what works for them.

Whatever the application of NFTs, though, they have to observe the fundamentals of marketing and be connected to a brand’s mission and goals.

As an example, fewer consumers than you might think say they care about the environmental impact of NFTs. But if you’re generating a lot of emissions through minting NFTs while also making net zero pledges, it’s probably not a good look.

The only thing certain about NFTs right now is their uncertainty. The market is incredibly volatile, as shown by an NFT linked to Jack Dorsey’s first tweet losing 99% of its value in the space of a year.

That volatility alone is reason enough for brands thinking about jumping into NFTs to resist the temptation of a one-off auction cash grab. It could work in some circumstances and for some brands, but the risk is incredibly high and it’s worth thinking how your brand may look in hindsight a few years down the line. The key things brands need to make sure when thinking about NFTs are:

*Owing to the unique online ecosystem in the country, this analysis excludes China. 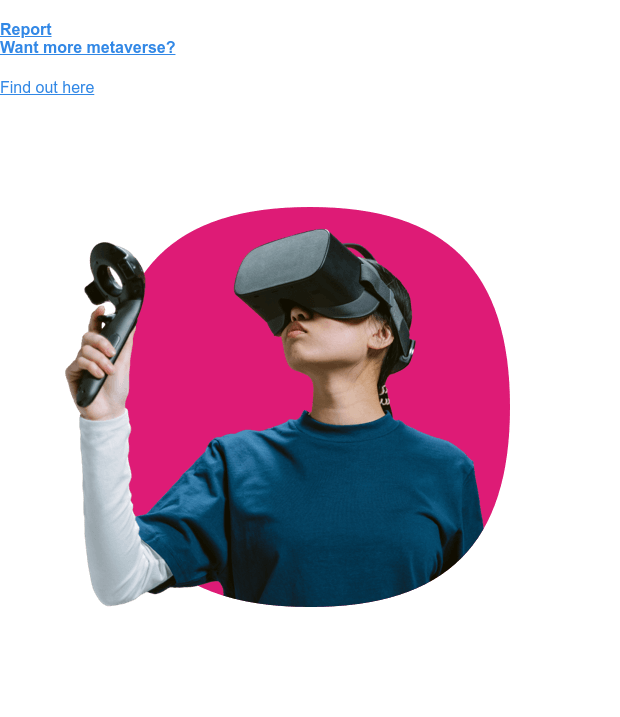