3 Reasons Why the Sharing Economy Will Keep Growing

The sharing economy is here to stay. Whether it’s renting a room, hiring a driver, renting a parking space or outsourcing household tasks, the sharing economy is disrupting a range of industries (and causing regulators to take note). Here we explore who its main audience is and why it still has so much potential.

Beyond affordability, one of the key drivers behind the success of services like Uber or Airbnb (to take just two examples) has been the spread of smartphones. So, it’s no coincidence that the core demographic for both of these platforms is 16-34s – an age group where smartphone ownership is almost universal. Crucially, it’s these younger users who are typically the most enthusiastic about travel, and from an attitudinal point of view it’s these consumers who are much more likely to say that they would rather sign up for a membership to a service than pay extra to own it. 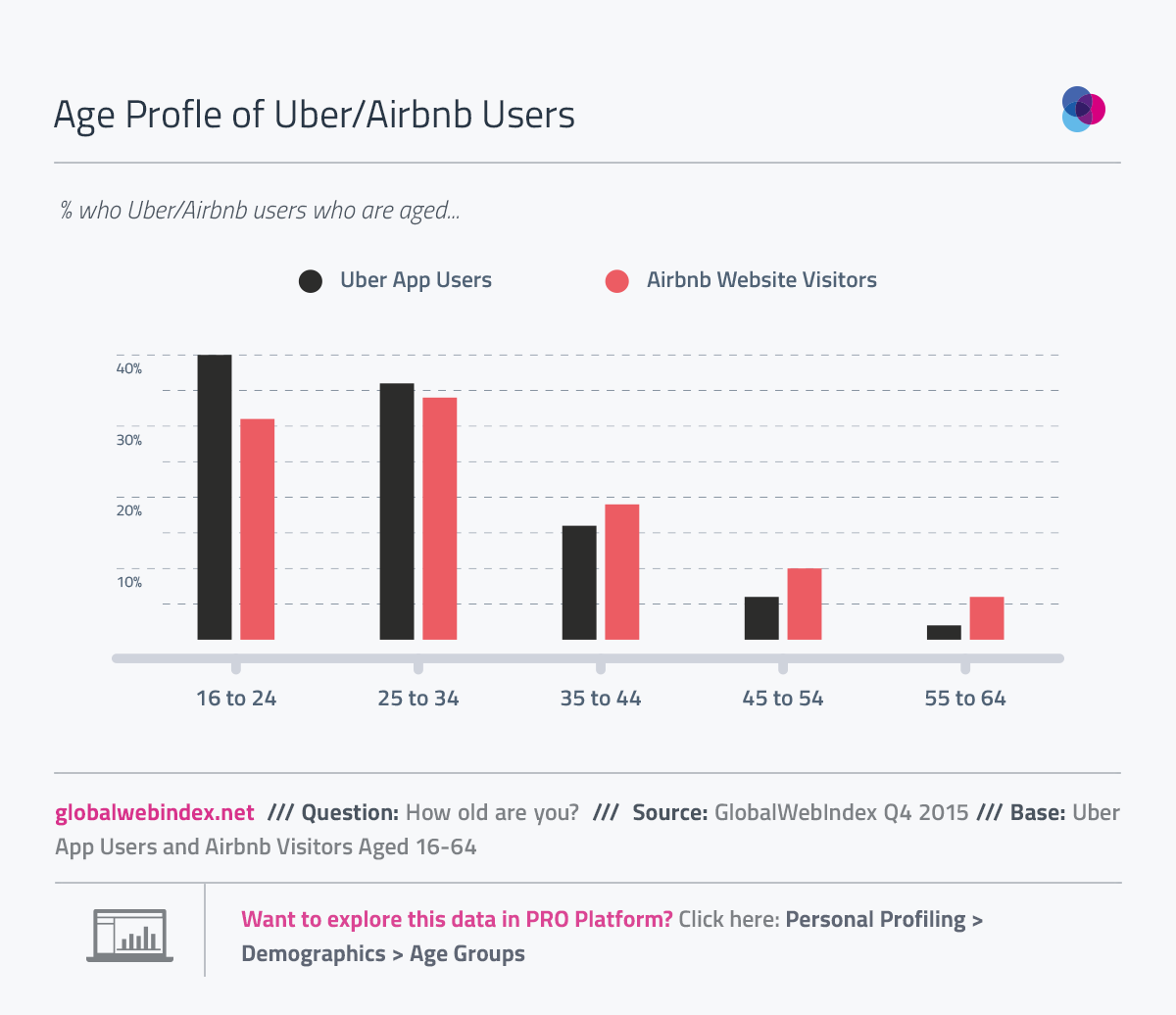 2.    The Resources are Already There, and so is the Demand

Consumer peer-to-peer business models allow almost anyone to get involved and make a profit, as long as they have the resources. And, crucially, many of the resources that the sharing economy needs are already in place. As just one example of this, 3 in 4 internet users say they own a car, providing a large pool from which services like Uber can recruit drivers.

But viewed from another perspective, that’s 1 in 4 who don’t have access to a car and could be potential taxi-hailing/ride-sharing customers. These are impressive figures, and significantly less than are currently engaging with ride-sharing services. 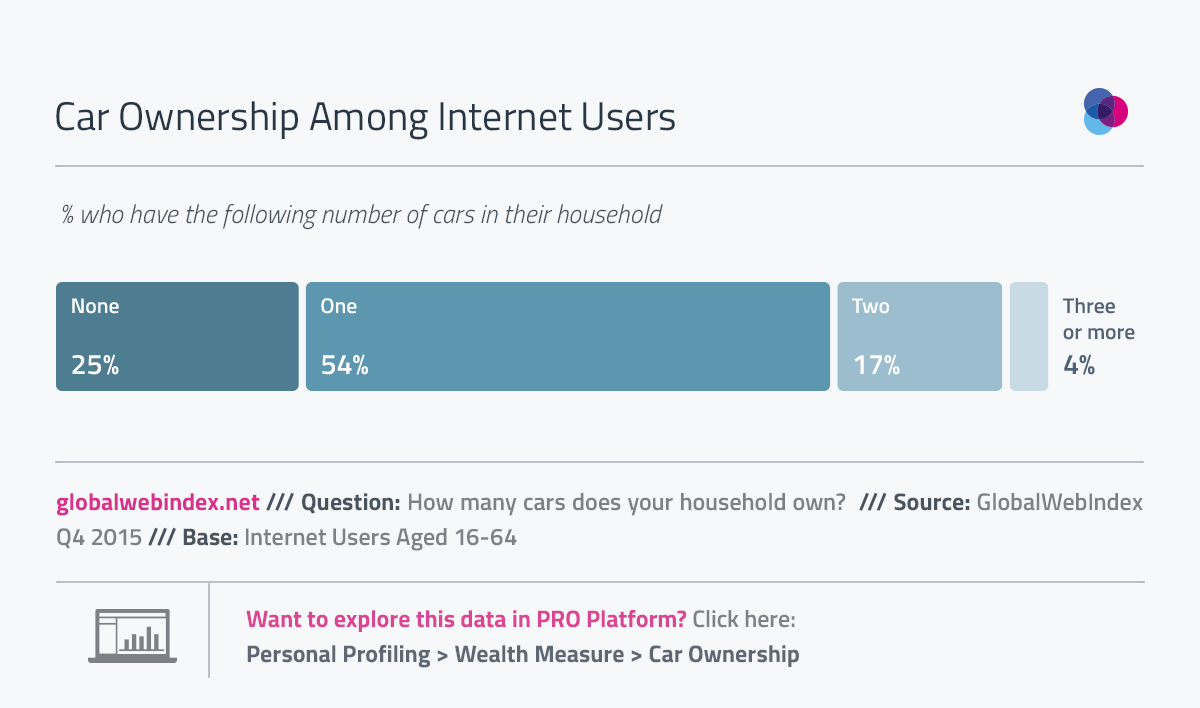 The almost constant media coverage, often concerning industrial and regulatory backlash, has made services like Uber and Airbnb household names among the internet population. High valuations have also helped here; Uber is valued at over $60 billion, while Airbnb is estimated to be worth over $20 billion. But actually, it’s still only 5% globally who are visiting Airbnb or using Uber each month. But there is clear room for growth here – a fact confirmed by these service’s success in certain markets. For example, Airbnb can claim that 17% are visiting its site each month in in Singapore, a success it will hope to replicate in other markets. 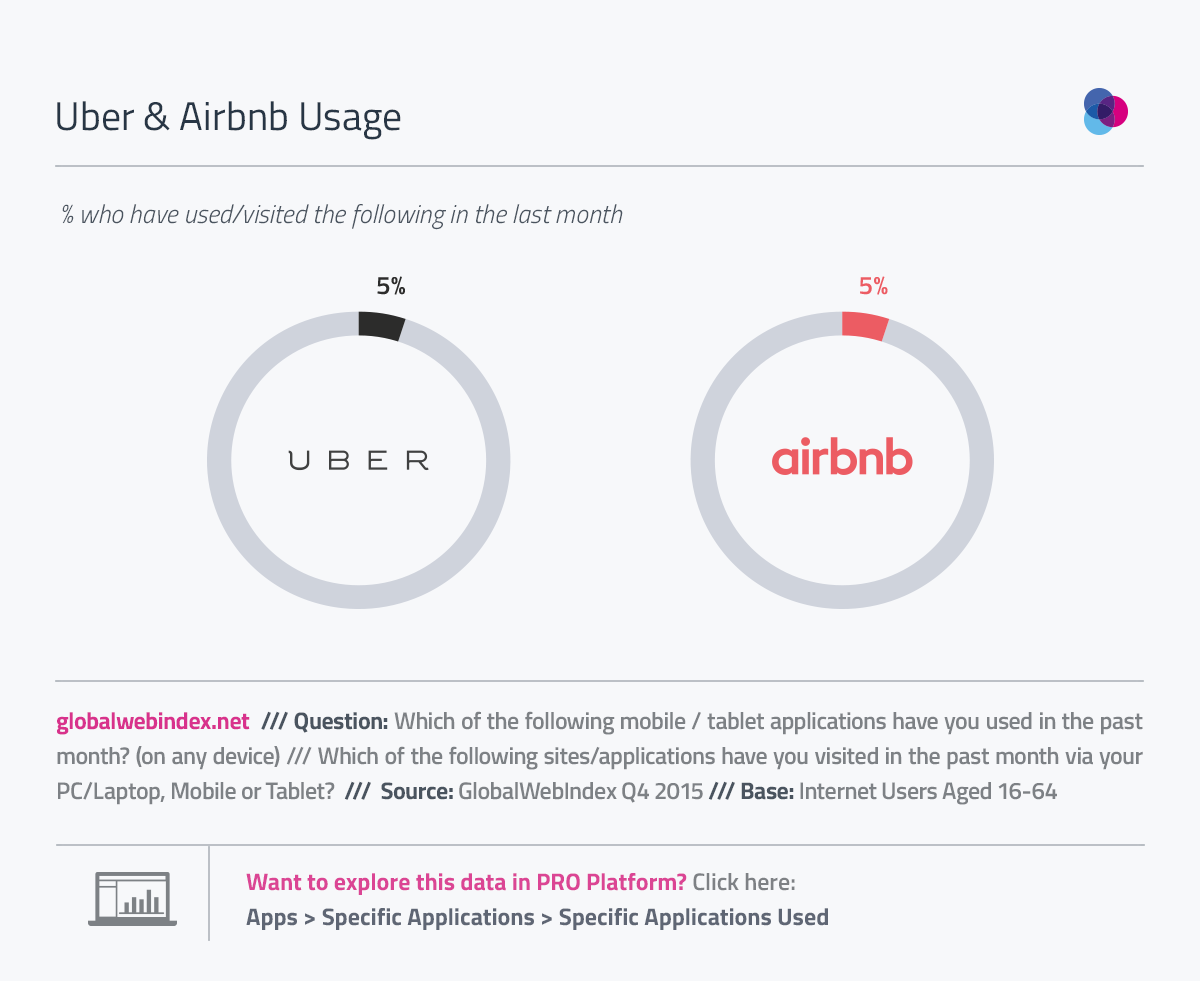