3 Signs that the Mobile Tipping Point is Coming

The internet landscape is changing – mobiles are in the ascent, while PC/laptops are in a slow decline.  Mobile-first has become a buzzword of late but here are some clear signs that the mobile tipping point is coming.

1. Three Quarters Now Getting Online via a Mobile

Each year, more and more internet users are getting online via their mobiles, with the mobile internet seeing continually strong rises since 2011. It’s now 3 in 4 online adults who access the internet via a mobile each month. 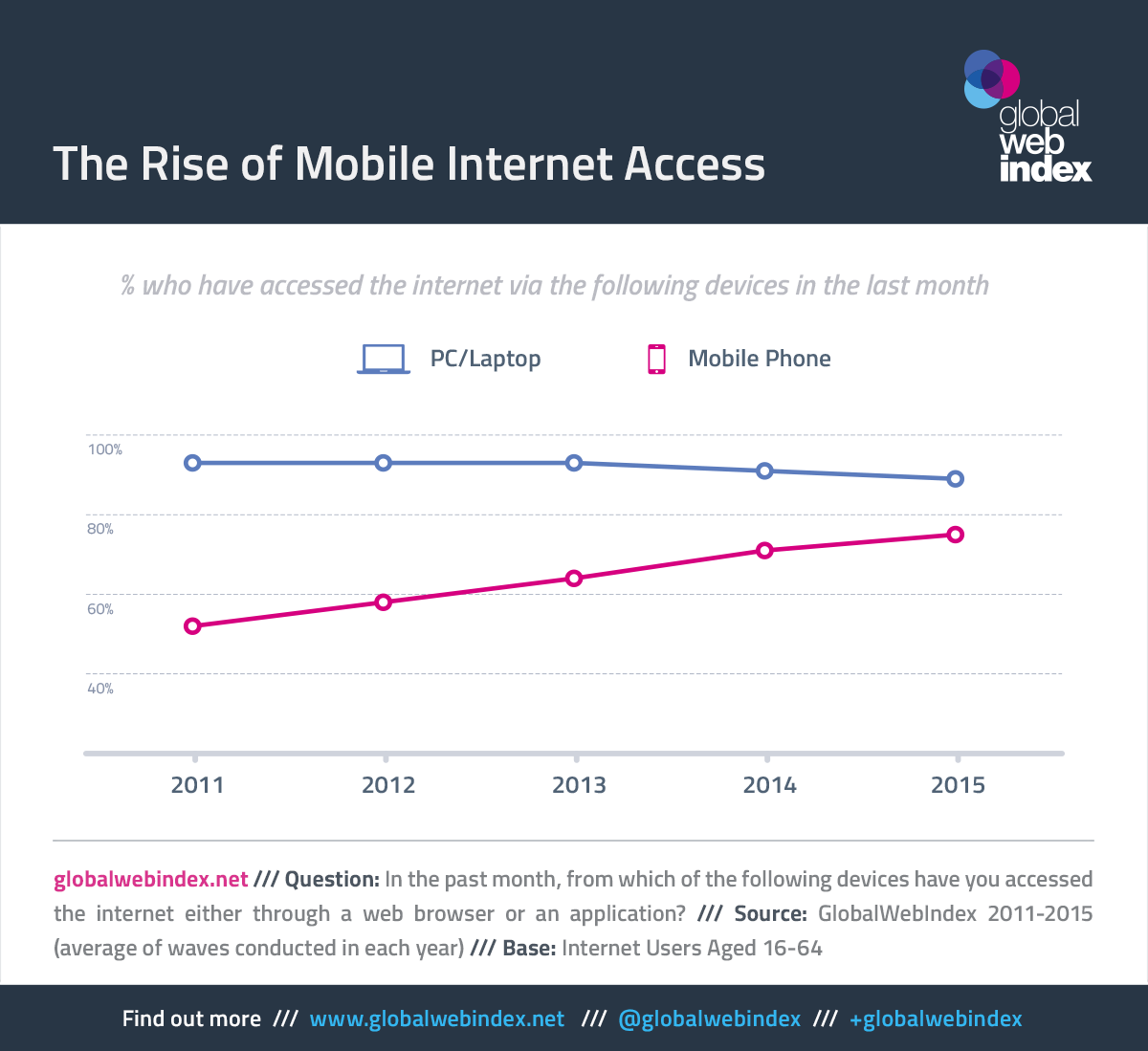 2. Mobile Most Important Device for Users in Emerging Markets

However, look at the figures for 16-24s and mobiles take the lead, with almost half saying that smartphones are their most important internet device. Meanwhile, in the fast-growth regions of APAC and MENA, smartphones also come top (both on 40%). With internet penetration in fast-growth markets expanding, we can expect even more mobile-first consumers to come online in these markets. 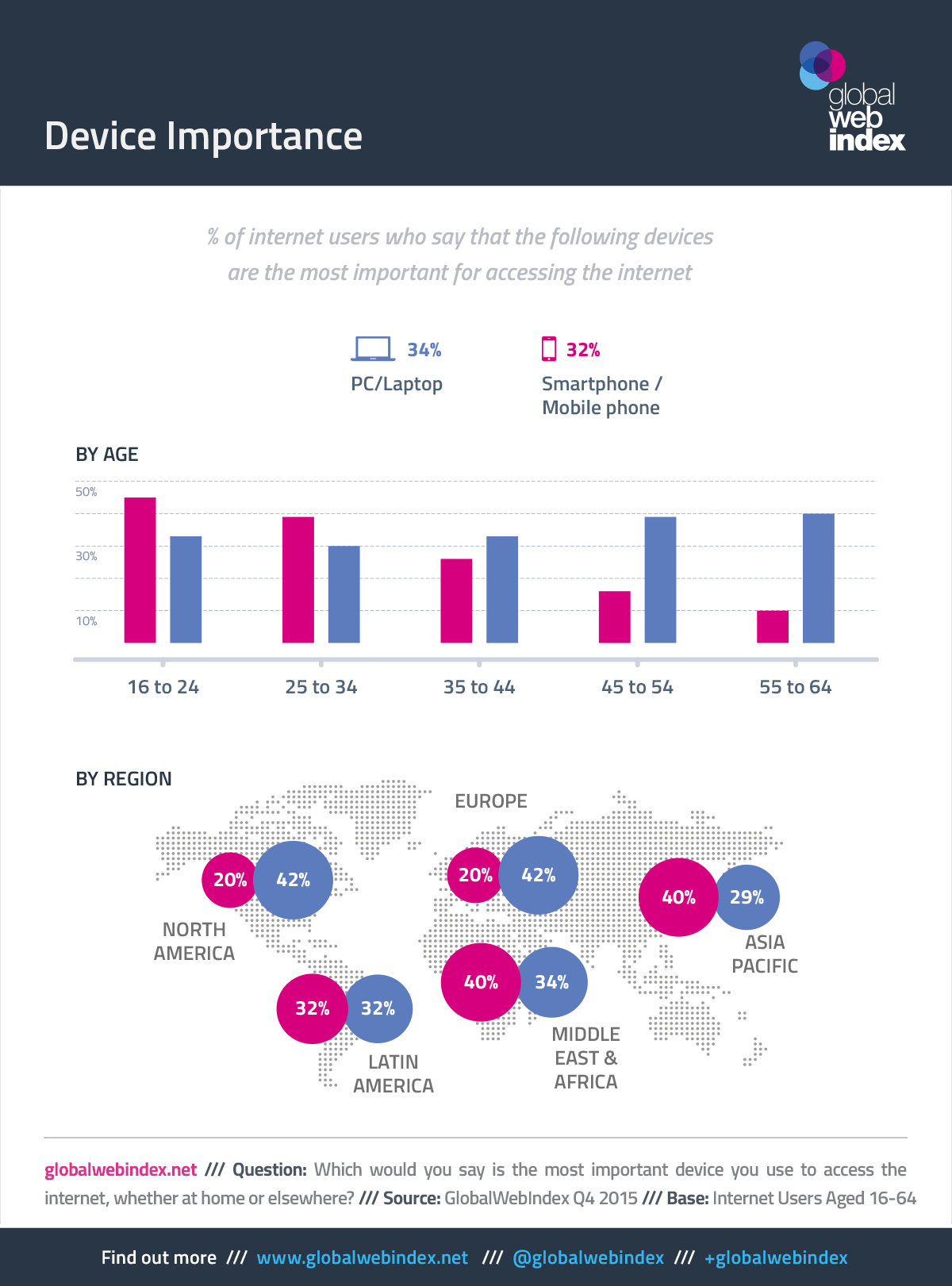 As time spent online on mobile continues to grow, not only will we increasingly see online activities migrate to mobile, but this will bring profound implications for how and when brands will communicate with consumers. 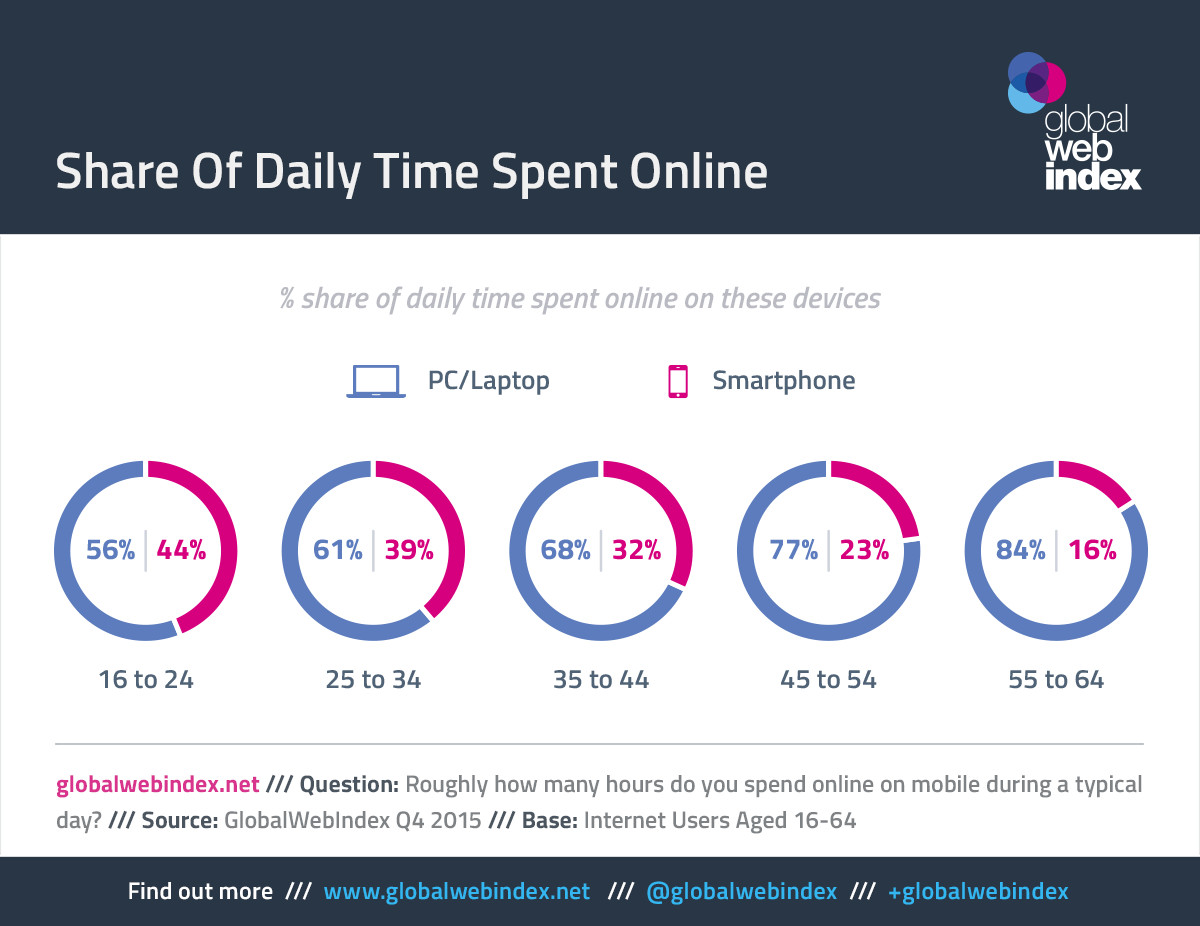