Facebook still rules the roost when it comes to social networking – having more members and more active users than any other platform.

But with the site now more than 10 years old and users able to choose from an array of alternative networks and apps, it’s hardly surprising that Facebook behaviors are evolving. Here we outline five of the biggest trends that all planners should have on their radars.

Facebook is no longer the go-to site for all of our social activities. Just look at the numbers who are also on Instagram or WhatsApp and the pattern speaks for itself: each quarter, more and more of Facebook’s audience are engaging with alternative networks and apps. As a result, lots of behaviors that used to take place on Facebook – like sharing photos and direct messaging – are moving to more specialized platforms. But whatever headline writers like to say, people are not leaving Facebook. It’s just that we’re becoming increasingly passive in the ways we use the network – using it less intensively and for fewer things. 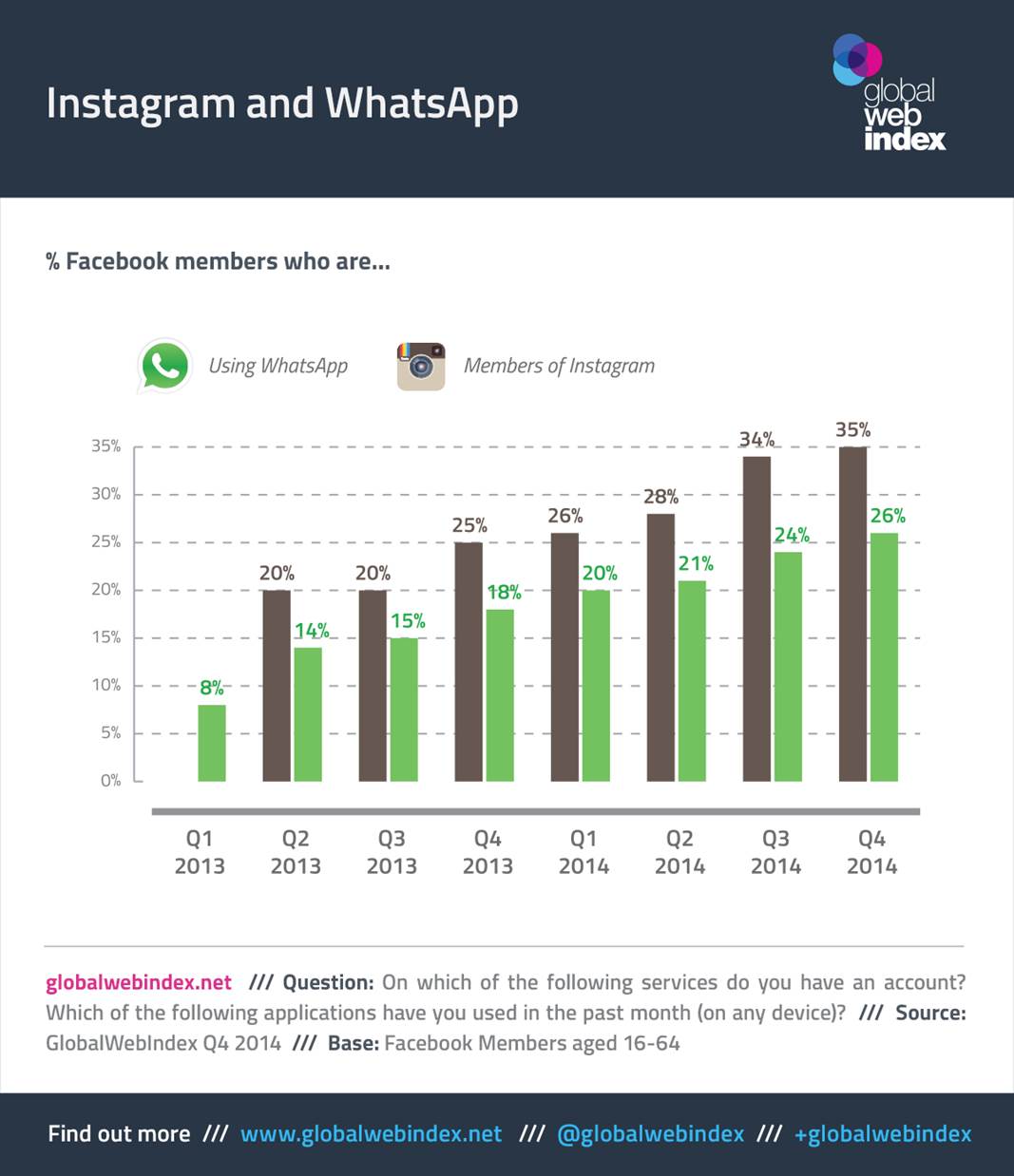 When it comes to visit frequency, Facebook has the best rates of any network. Some 56% of its active users are visiting more than once a day, giving it a notable lead over some of the fast-growing services like Instagram (28%), Pinterest (15%) and Tumblr (15%). Equally telling, though, is that half of the site’s active users say they are on social networks in order to fill up spare time; clearly, then, a considerable number of Facebookers are visiting in the hope of being distracted or entertained, or out of simple habit. 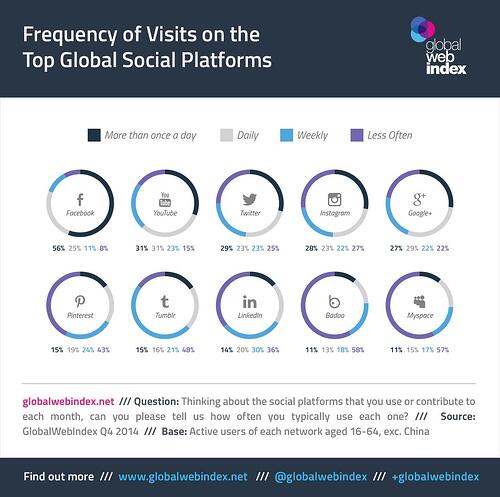 The top six actions on Facebook tell a pretty consistent story: Facebook is now a place where we’re more likely to “like” and comment on things posted by others than we are to share details of our own lives. Unsurprisingly, it’s also the easiest (or laziest) action which scores the best figures – which means you’re more likely to convince someone to click the “like” button than to do anything else. 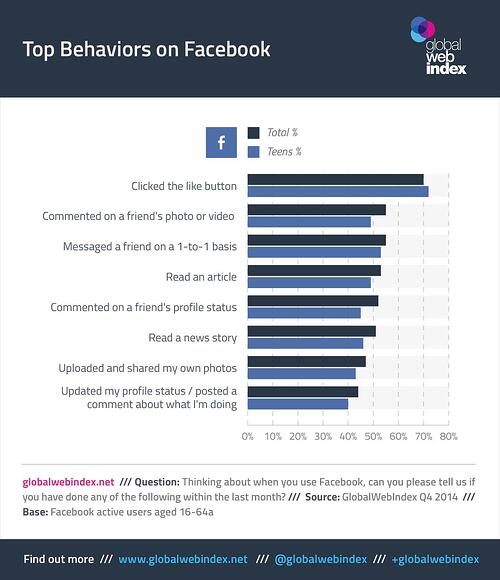 4. Teens are Not Facebook’s Biggest Fans

Despite Facebook still being by far the top network for the teen audience, this demographic is more likely than average to say they’re bored of it. What’s more, they’re less likely than others to say they’re spending less time on social networks than they used to; so, they’re still highly social animals, they’re just not as keen on Facebook as previous generations. Snapchat is one of the main beneficiaries of this – it was the fastest growing app of 2014 as well as the one where teens over-index the most. 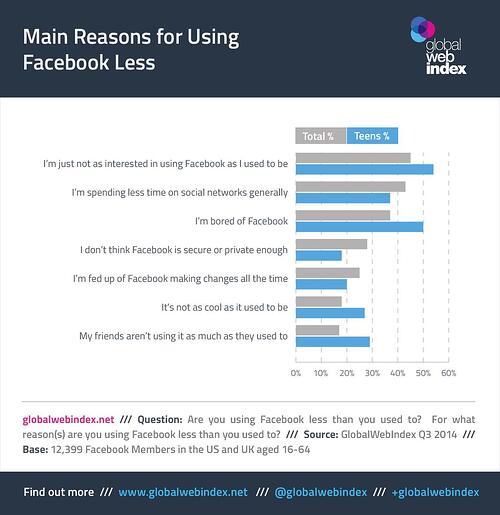 Currently, Facebook is still seeing more usage from PCs/laptops than from mobiles. But the prevailing trends here are pretty clear: each quarter, PCs are now experiencing a decline while mobiles continue to post impressive growth. With smartphone ownership and mobile web usage both booming, there’s little doubt that more and more of our Facebook interactions will be taking place via mobiles. 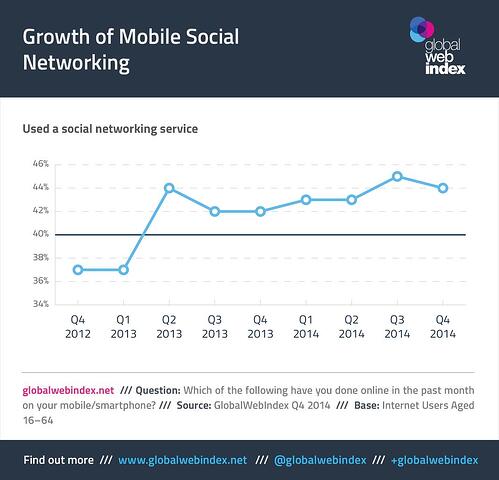 Want more detail on these trends? Download our GWI Social or Facebook reports, or explore the relevant questions on our PRO Platform.