4 of the Biggest Trends Shaping the Future of Commerce

This month, Amazon’s annual Prime Day, offering 36 hours of discounts to its members, will go offline for the first time. A year after acquiring Whole Foods, the tech giant is expanding its Black Friday-esque holiday from online retailers into the physical stores.

More than ever, the line between online ecommerce sites and offline commerce is being blurred.

Beyond retail mergers and acquisitions, change is afoot across almost all areas, impacting both offline and online ecommerce trends, as customer experience develops.

With mobile now firmly the main device for online shopping, the shift from PCs unlocks potential for new branches of business-to-consumer commerce to gain traction.

These pivotal shifts happening in commerce right now are pointing the whole shopping experience in a new direction.

1. The shift to social media.

Mobiles coming to the forefront of ecommerce business mirrors another trend.

This means the youngest internet users, who are the most socially engaged, are now more likely to research products on social media, rather than on search engines and therefore the ecommerce industry has become increasingly focused on ways to target users on mobile devices.

Visual networks – which are most popular among younger users – have a particular opportunity to capitalize on the trend with their ability to preview products.

Pinterest has long been trumpeted by its CEO Ben Silbermann as a tool for “visual discovery” and their recent strategy has shown this with developments like the Pinterest Lens making the app more like a bridge between product inspiration and product purchase.

Instagram is looking to have a presence here too. The ubiquity of the smartphone has made this possible, not just in promoting app use, but in opening up possibilities for the camera in e-commerce.

2. The shift to experience.

This sense of immersion and involvement isn’t limited to previewing products.

With ad-blocking on the scene, brands need to be conscious of consumers wanting to block out branded messages and figure out new ways of engaging them.

One of the most exciting developments in this area is experiential marketing.

3 in 10 internet users in the past month played a branded game, downloaded a branded app, or scanned a brand’s QR code.

After a steady decline in the middle of this decade in Western markets, the QR code has been making a serious comeback in the UK and the U.S. over the past two years.

Social media has become an important platform for brands looking to harness this, with Snapchat now letting brands programmatically purchase its creative ad tools, for example.

3. The shift to online subscription.

In the world of entertainment, Spotify and Netflix are spearheading the drive toward subscription models of ecommerce sales.

In film and TV, subscriptions have been more popular than downloads for a while, and we’re now seeing music-streaming services on the cusp of overtaking downloads for paid digital content moving from desktop based to mobile payment structures.

It’s logical to assume this trend will continue with streaming rising in importance as, when asked about their preferences for accessing music, more of our respondents say they would prefer to access it through streaming (46%) than download to own it outright (24%).

The growth of subscription models in the entertainment begs the question of whether it will have the same effect in other industries too.

But it may be a tough sell elsewhere because as our data shows, it’s desire to access content which drives subscription engagement for film, TV and music. The services with the best content libraries or product portfolios are naturally best-placed to succeed.

A shift away from the PC unlocks opportunities for voice search and voice based ecommerce too, with grocery shopping looking most likely to be the gateway for its growth.

Of all the product segments we track, groceries are where the web is most important as an enabler of buying, rather than as a tool for research.

This points towards grocery consumers wanting a frequent and frictionless buying experience, something which voice could excel at.

These users are well-placed to bring these devices into their shopping behaviors as they’re typically aged 25-34, with children, and 64% of them have the main responsibility for food shopping.

What’s more, the big players in grocery retail are competing to take advantage of this new retail channel in the U.S.

Amazon’s acquisition of Whole Foods and extension of Prime into its loyalty program shows their desire to bridge online retail with offline logistics.

Walmart, Amazon’s competitor in the U.S., has teamed up with Google Home to compete, while Amazon’s global rival Alibaba last year released their Tmall Genie smart assistant, linked to the online marketplace of the same name.  And of course, Amazon Alexa and Amazon Echo devices are a big part of the overall evolution of voice search and ecommerce integration.

With such deep-pocketed companies investing in the technologies such as machine learning and artificial intelligence, it may be that that traditional commerce staple, the household shop, which sees the most disruption in the coming years.

These ecommerce trends are only the beginning, but they do provide a marker as to where future growth may lie, and to where and how ecommerce brands can engage with consumers in each part of the customer journey in ways that satisfy consumers and businesses alike, from the focus on onsite and in-store experience, to integrating device usage and overall improving conversion rates for both offline and online retailers.

Behind all these trends is the anytime-anywhere realtime access promoted by the smartphone that has helped mobile commerce take off, and potentially voice assistants as well. Ecommerce and brand interactions aren’t just appointment activities any more; these marketing strategies are converging with entertainment and social into more fluid experiences. 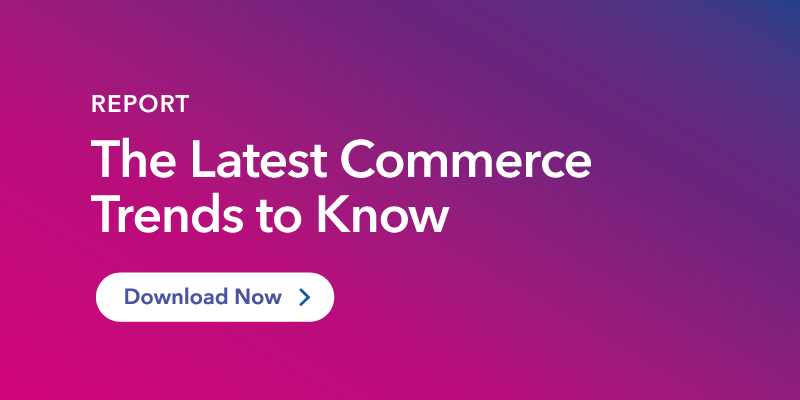