How food brands can have their cake and eat it

Cultural narratives have always had power over our relationship with food.

In 1870, for example, a German chemist assessed the iron content of various vegetables and mislaid a decimal point when transcribing the data – reporting spinach to contain an unnaturally high amount of iron.

This planted the legend of its nutritional charge and prompted TV executives to feature it as the source of Popeye’s strength. As Popeye took off, so did U.S. sales of the mighty vegetable, which rose to become a top trending food item.

The focus may have moved from spinach to kale smoothies and ginger shots, but this anecdote reminds us that what’s “in vogue” fluctuates over time, even in the world of food.

As discussion around the pursuit of good health evolves, so does the value we attribute to food and nutrition.

Here, we put forward four of the most impactful changes to the consumer mindset in recent years (and months) that food and drink brands should take note of when preparing their marketing strategies.

In the last few decades, the concept of good health has become less of an ideal as something that can be actively measured.

In recent years, new technology and the ubiquity of smartphones have facilitated our increasingly inquisitive approach to food.

Since 2015, the percentage of consumers using a health, fitness or nutrition app each month has increased by 64%. Over a quarter of internet users now track their health via these means.

What’s more, the pandemic has accelerated this trend. With a third of consumers across 20 countries admitting to spending more time on apps during the outbreak, now is an opportune time to be a developer. Especially one in the health and fitness category, where global app downloads have seen 47% year-on-year growth in the second quarter of 2020.

Snap is the latest company to acknowledge the benefits of investing in the nutrition space, and has plans to integrate with Yuka (an app that analyzes diet and cosmetics) later this year, to let users scan packaged foods for nutrition information using the Snapchat camera.

To capitalize on the growth of various conscious eating and lifestyle movements, many more brands are expected to break into the mobile health market, or add nutrition and fitness offerings to their list of services.

2. Consumers want food to be simple and traceable.

Alongside increased digital health monitoring – enabling consumers to better understand the nutritional balance of their diet – they also want to know their food is free from pathogens and chemicals.

Over the years, food companies and the media have fueled distrust toward long ingredient lists, by drawing attention to certain aspects of processed foods.

Consumers want to feel reassured that their meals are clean and safe to eat; and knowing it hasn’t been mixed with impurities such as artificial additives can provide this.

Since the beginning of 2018, the portion of global internet users who say they aim to buy natural or organic products has increased by 8%.

It might not seem like a huge jump, but this rises to 14% among Gen Z (aged 16-23), who are now just behind millennials (aged 24-37) in terms of their regard for unprocessed products. This is enough to indicate a steady increase in the direction of conscious consumerism.

Not only are younger consumers the most attentive to additives in their food, they’re also the most likely to use a health-based app each month. This establishes a clear link between clean eating and health monitoring, as today’s growing category of health-conscious consumers identify both factors as wellness facilitators.

As coronavirus unsettles global supply chains, consumers are growing more conscious about where their food comes from.

The pandemic has shed light on food production, bringing new information about how food is grown to the masses.

Citizens across France, for example, have begun posting snippets of rural life online to help urban dwellers better understand agriculture. Meanwhile in China, TikTok has seen a boom in connecting growers with consumers.

Despite remaining mindful of the global situation, consumers in affected countries are currently more concerned about what’s happening locally.

Compared to the end of 2019, internet users are less likely to agree with almost all our “cosmopolitan” attitudinal statements, including the sentiment that they regularly try new foods from other countries. Demand for adventurous ingredients and unfamiliar food imports is therefore likely to be lower.

By the same token, over a fifth of consumers across 17 countries say they’d be inclined to buy from brands that are local or independent post-outbreak. While supporting local businesses plays a role in motivating this decision, the desire for more traceability and transparency also bears influence.

Now more than ever, underlining locality when marketing food products can give brands a competitive edge, as consumers turn to the mental security that comes with buying from national suppliers.

3. The surge in home cooking is accelerating the mindful eating trend.

You might expect increased economic strain to put consumers off buying organic items, but recent research shows the pandemic has actually led to a spike in demand for organic and sustainable food.

This willingness to spend money on natural products has been influenced by a number of factors – a significant one being the growing popularity of cooking.

Internet users with an interest in cooking are 32% more likely to say they’re interested in health foods (60% are), and 22% more likely to use a health-based app (32% do). We can therefore make a link between the habit of cooking and heightened awareness around ingredients.

Cooking during quarantine is considered therapeutic; custom research we conducted in April found it’s often motivated by an interest in looking after mental health during lockdown.

But the portion of internet users wanting to maintain these levels of cooking as the situation improves shows that incentives now run deeper than that.

4 in 10 across 20 markets report spending more time cooking due to coronavirus; and over a fifth say they’ll continue to do so post-outbreak.

By driving consumers to cook more, the pandemic is drawing attention to the relationship between nutrition and overall health.

A return to basics has reminded many of the benefits of fresh, wholesome, home-cooked meals.

Various brands are tapping into this. Unilever, for example, has strengthened the recipe offerings of its largest food brands. This makes sense, given that certain baking brands have seen the traffic on their recipes grow 300%-400% compared to last year.

Nestlé Toll House has also jumped on the baking bandwagon, by introducing an online competition for the most creative recipe containing its chocolate chips.

If able to create buzz about the cooking experience alongside their products, CPG manufacturers stand to benefit most from these recent developments in the food space.

Now we’ve mapped out the food trends to watch and why, it’s worth laying out key differences between diners based on their regular eating patterns.

By using our data to compare pre-outbreak habits with expected post-outbreak behaviors, we’re able to highlight different personas and their expectations going forward. The results are profound, and indicate the challenge that lies ahead for the catering industry.

Of those who visited restaurants regularly pre-outbreak, 41% now plan on doing this less, and 31% say they’ll order in more. Among this group, the gap between eating out less and ordering in more is 10 percentage points, over double what it is for their fast food counterparts.

Restaurant-goers are 23% more likely than those who lean toward fast food to say they’ll spend more time cooking post-outbreak.

On the other hand, only a third of fast food regulars plan on reducing their trips to fast food outlets in future.

While both groups remain concerned about safety, those with a preference for restaurants will take more persuading if they’re to return to these spaces anytime soon.

Compared to the general internet population, they over-index most for wanting longer operation hours (30% more likely), self-service payment options (27% more likely) and restrictions on how many people can enter a site at any given time (20% more likely).

Restaurants should remember that their customers are less confident than other diners, and that safety operations will need to be more diverse and detailed as a result; especially given that social interaction and relaxation have been intrinsic to the restaurant dining experience up until now.

What these shifts mean for brands

Food and drink brands ultimately need to remain mindful of an evolving consumer mindset, one that has grown accustomed to numerical health data and values certain nutrient indicators more than ever before.

Staying informative and transparent is an important way of addressing heightened consumer awareness. Companies should therefore aim to make nutritional content and information about origin easily accessible to customers – by using scannable QR codes, for example.

While convenience will remain key when accounting for food decisions in the future, many will have had time to reflect on their nutrition, and have perhaps discovered preferred ways of living and maintaining their health as a result.

Our relationship with food is always subject to change, and it’s sometimes difficult to keep track of these developments.

But by breaking them down, we can see that this relationship isn’t as complex as it might first look, and is likely to forever revolve around some green vegetable or other – whether it be spinach or kale.

This post was published in June 2020. For more statistics, browse our reports. 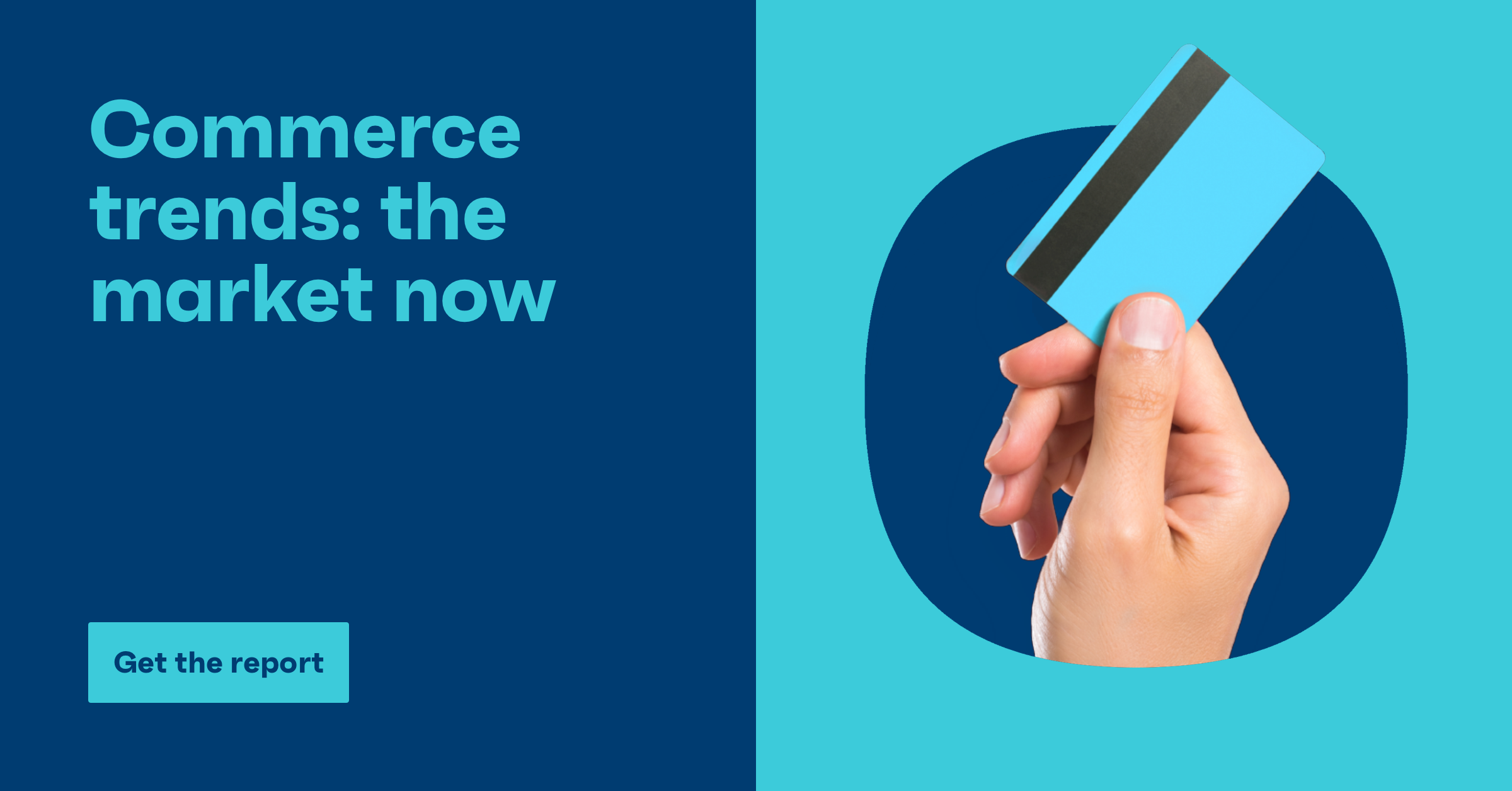