Over the weekend, GWI’s tour of Asia arrived in Jakarta – where I’ll be presenting to some of the country’s top TV stations as well as more than 100 journalists and bloggers. 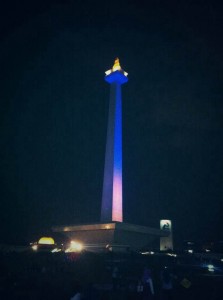 As our new Q3 market report on Indonesia outlines, this is a country which can lay claim to a pretty impressive title: of the 32 nations we track each quarter, Indonesia is the most active in terms of Facebook engagement. Over 95% of online adults report having a Facebook account, meaning that pretty much anyone who is online is on Facebook. But it’s not just membership that’s significant; some 3 in 5 claim to be using Facebook actively each month, outlining the service’s huge reach among online Indonesians. Indeed, its popularity is clear from the conversations I’ve been having with locals; once I’ve been asked for my name, one of the next questions is typically “are you on Facebook?”.

Smartphones are wildly popular too; in our latest wave of data, some 86% of online adults own one – indicating just how important this device has been in terms of bringing the internet to those Indonesians who might not have access via the traditional channels (e.g. PCs or laptops).

In most other countries, the world of smartphones is a straight-forward battle between Android and iOS, with the former typically having established a strong position of dominance. In Indonesia, though, it’s BlackBerry which occupies second spot; that makes this country one of just two places where more than 10% says that they use the BlackBerry OS (the other being South Africa). This gives some context for why BBM is so popular in this market. That said, the Indonesian messaging landscape is especially competitive, with names like WhatsApp, Facebook Messenger, WeChat, LINE, Skype and Path all grabbing decent shares. Whether BBM can fend off the competition from these other services as the company retreats from the consumer market will be a key area to watch in the months and years ahead.

For further insights on the Indonesian market, please see our brand new Q3 Market Report, which can be downloaded here.