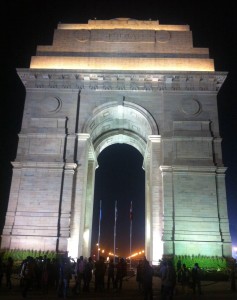 At the end of last week, the GWI tour of Asia arrived at its final stop: Delhi.

Of all the countries surveyed by GlobalWebIndex, India has one of the very lowest internet penetration rates – with the  2014 figure still below the 20% mark. Still, it already has an online population far bigger than many other countries (nearly 140 million) and, year-on-year, is experiencing rapid levels of growth. That makes it one of the key markets to watch over the next five years, as hundreds of millions of adults come online for the very first time.

Mobiles will play a key role in this process. Take any tuk tuk in Delhi or haggle with any of the city’s market vendors, and it’s highly likely that you’ll see them using a feature phone – with Nokia being particularly popular. Currently, smartphones are mainly the preserve of young and affluent Indians, giving some context for why the country’s online age profile is so skewed towards the youngest groups. But as smartphones continue to become more affordable and accessible, there can be little doubt that the internet population in India will begin to grow a little more diverse and representative. It’s equally inevitable that Android will lead the charge here; at present, nearly three quarters are using that OS, compared to just 8% on Apple’s iOS. Affordability really is key in this market. 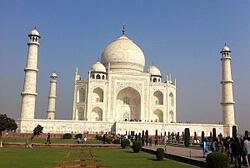 After spending a few days in the country, as well as speaking to some its leading tech and media journalists, the importance of social networking to online Indians is similarly clear. At the moment, just 4% are not on at least one social network. Convert that to millions – and factor in how much growth the online population will see in the coming years – and it’s not hard to see why the global social networks have been paying so much attention to fast-growth markets. It’s in places like India where they’ll gain so many of their new members in the rest of the 10s decade.

For further insights on the Indian market, please see our brand new Q3 Market Report, which can be downloaded here.