To mark the release of our new infographic on iPhone Owners (you can download it from our Insight Store here), our midweek post focuses on some of this audience’s key demographics and behaviors.

Globally, nearly 20% of adult internet users say that they own an iPhone – a figure which puts Apple someway behind the leading brand (Samsung) but which represents solid growth from just 7% at the start of the current decade. So too is it worth noting that these worldwide figures mask some much stronger localized peaks; ownership rates hit 30% in North America, where the iPhone continues to attract a particular premium.

The role of iPhone owners as brand advocates is also clear from GWI’s research. Two thirds would recommend their handset to others, while a fifth say that they talked about Apple online within the last month. And, perhaps mostly importantly of all in the context of the Apple Watch, a mighty three quarters of iPhone owners say that they are interested in using wearable tech. 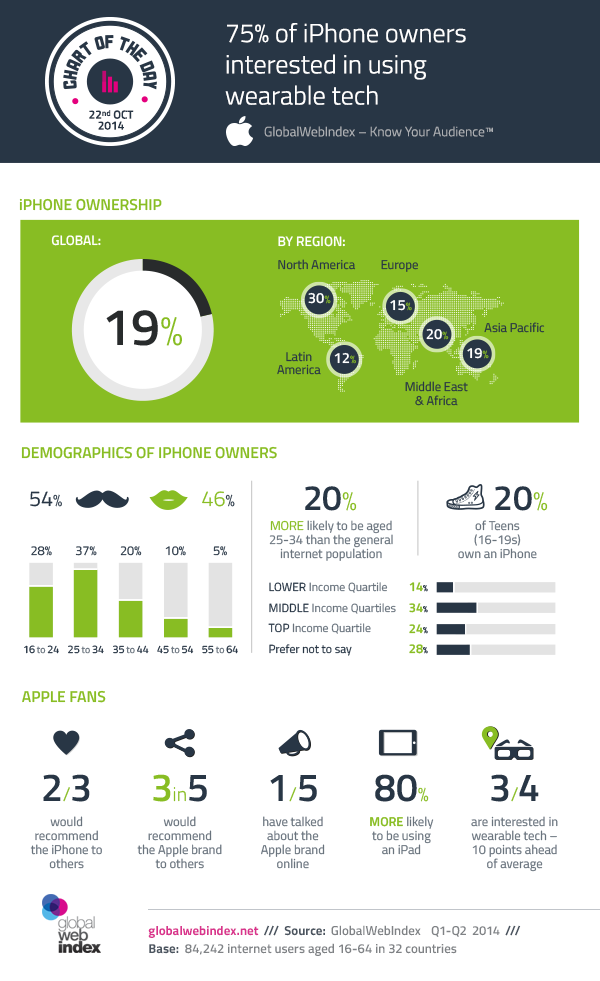