To mark the release of our new infographic on VPN users, this week’s final post looks at some of this audience’s key behaviors and attitudes.

At a global level, more than a quarter of people say they have used a Virtual Private Network or Proxy Server to access the internet. But this figure can rise much higher in fast-growth markets, peaking at 41% in Indonesia. In fact, two thirds of the world’s VPN users are located in APAC.

Unsurprisingly, VPN users are a particularly privacy-savvy bunch. Some 6 in 10 say they’re concerned that the internet is eroding their personal privacy and that they have used a private browsing window in the last month. A significant 50% also report that they delete cookies from their computer on a regular basis.

But the importance of accessing social networks and content looms large too. More than a third of VPN users say they have visited sites like Facebook, Twitter and Sina Weibo in the last month, while nearly 30% have visited Netflix and 15% have used BBC’s iPlayer.

You can download the full version of our VPN infographic here. 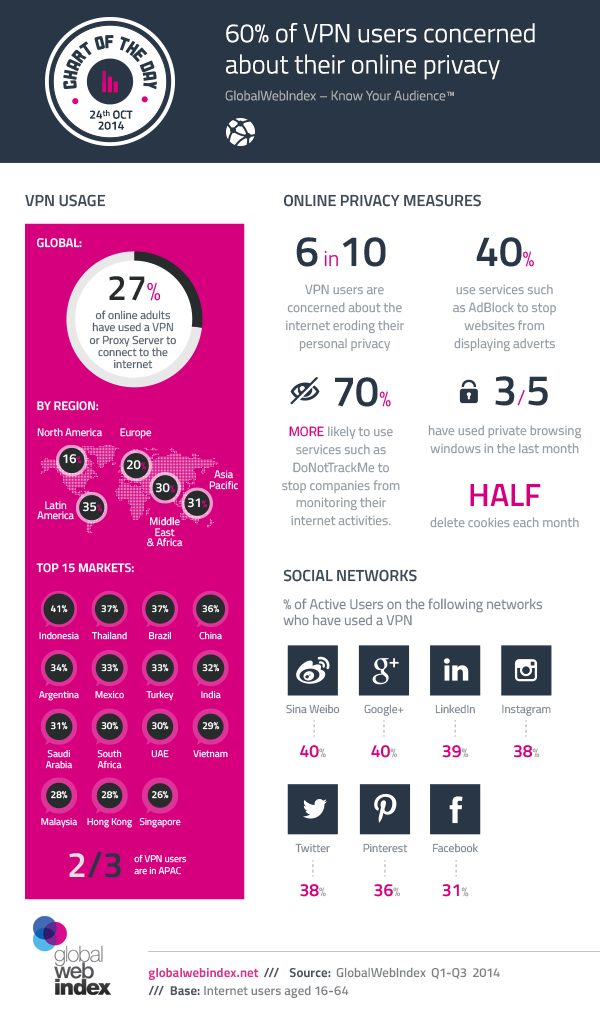