The rise of online TV has been one of the big stories of recent years. Names like Netflix are well known to most digital consumers and many are using services like these to access the content they want, when they want. Here we take a look at 3 ways that online TV has made real progress, and 1 sign that it still has some ground to cover.

Although time spent watching linear TV continues to hold strong and steady, online TV now plays a central role in the entertainment portfolios of many internet users. Each day an average of 0.77 hours is devoted to online TV – a marked increase on the 0.58 hours seen back in 2012. That means 24% of digital consumers’ TV viewing is now online. 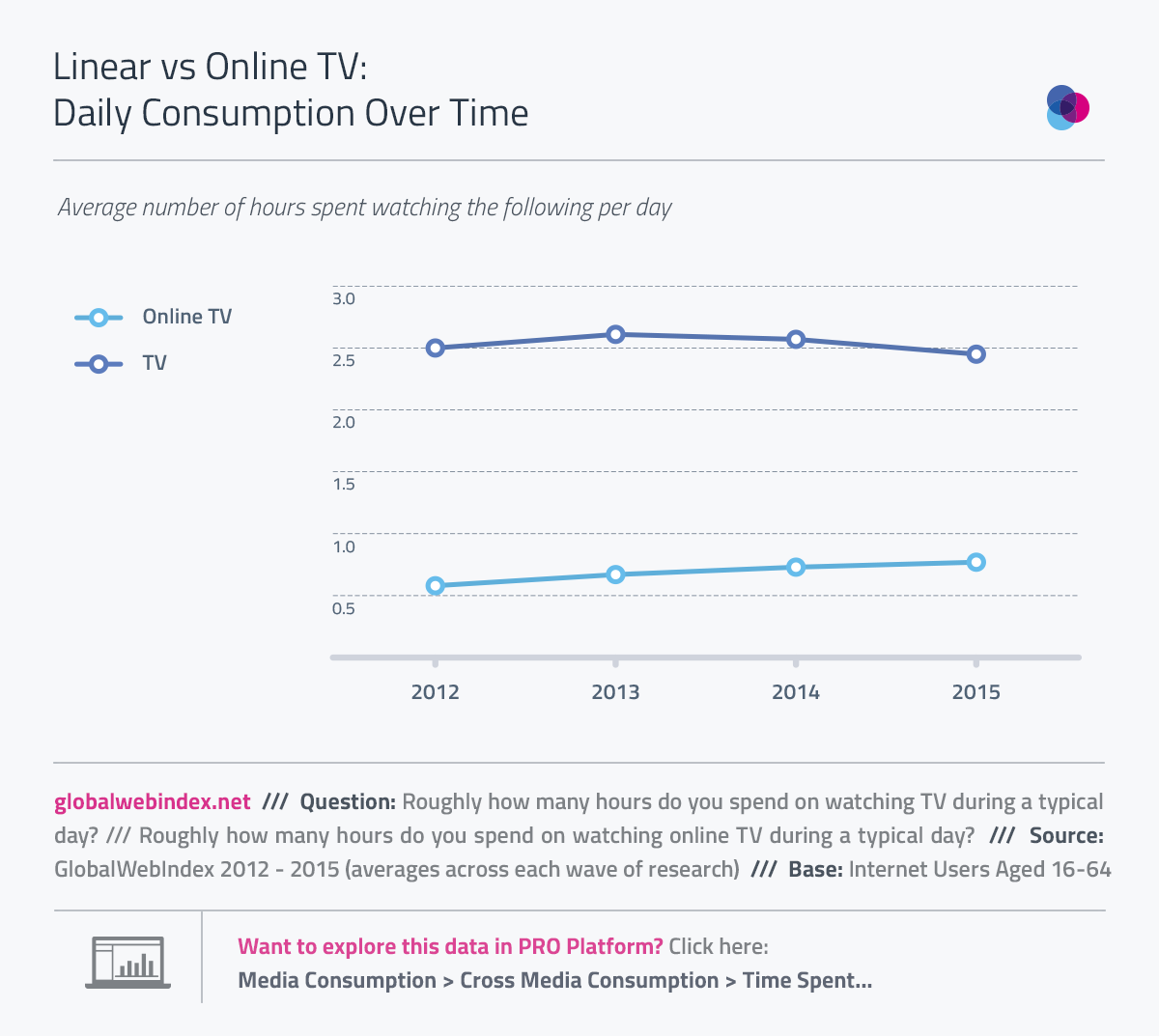 The availability of flexible and on-demand access to TV shows and films is something that resonates particularly strongly with younger internet users. For 16-24s, online TV has become an essential part of daily entertainment, with over a third of their TV viewing time now devoted to online. Compare that to 55-64s, who allocate only 8% of their TV time to online and it’s clear that younger digital consumers are leading the online TV surge. 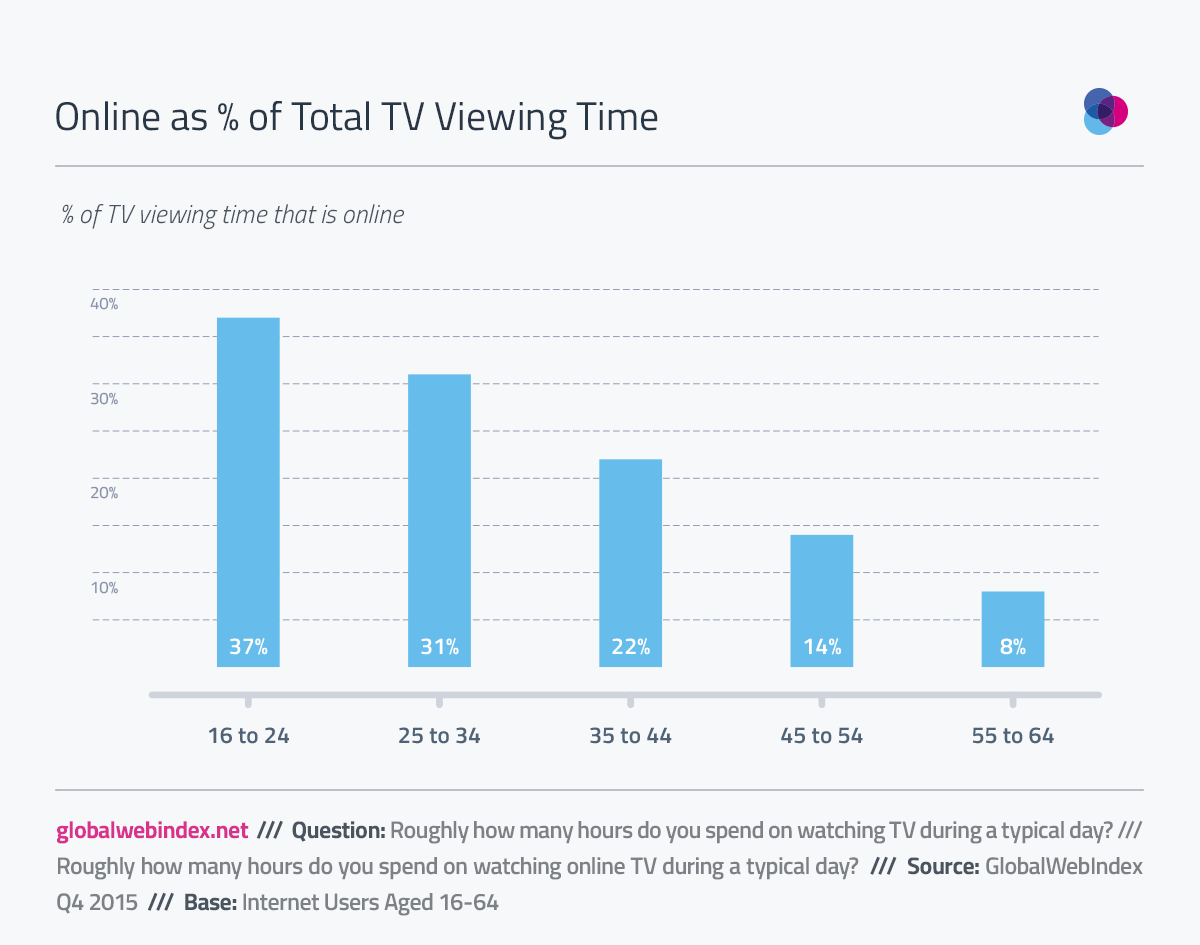 As online TV becomes an ever-more important part of entertainment portfolios, many have chosen to move beyond traditional streaming devices like computers, mobiles and tablets to watch online content from their TV sets. Already it’s an impressive 41% of internet users who own internet-enabled smart TVs or streaming devices like Apple TV, Google Chromecast or Amazon Fire TV Stick. 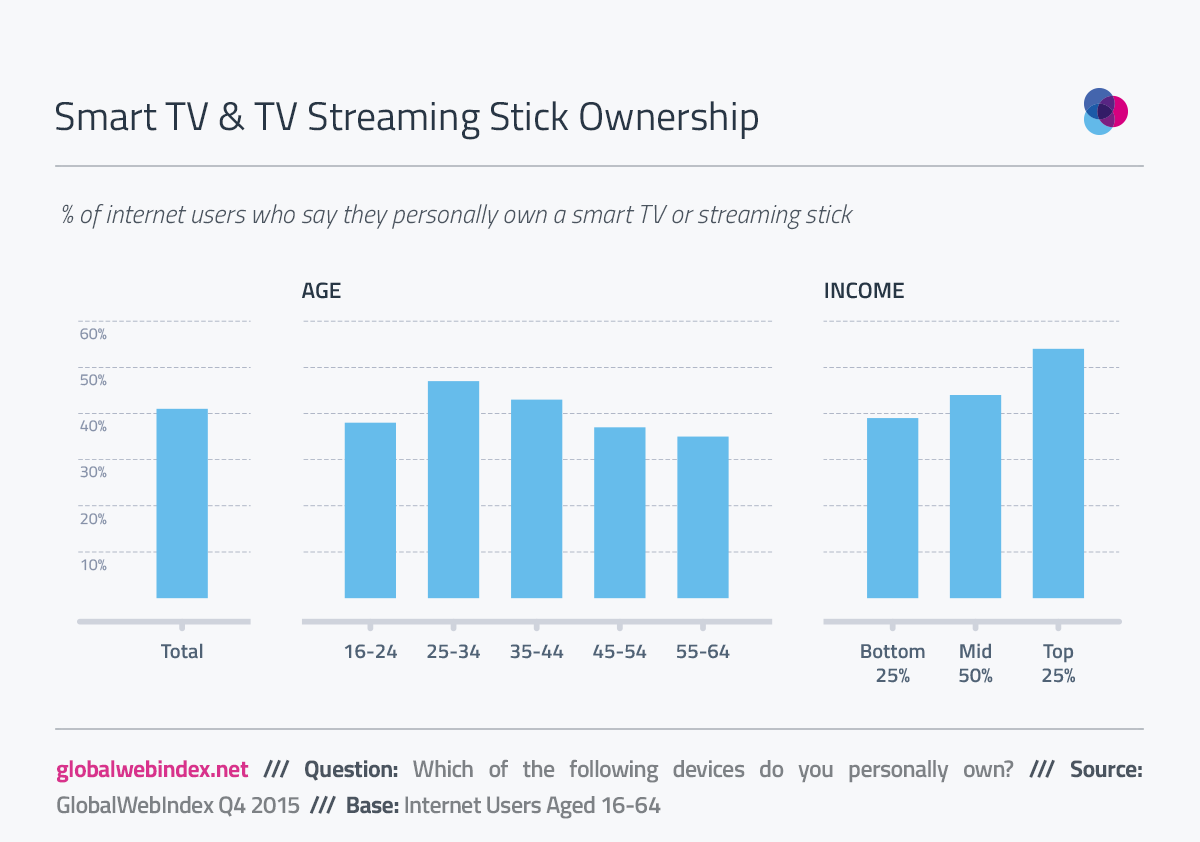 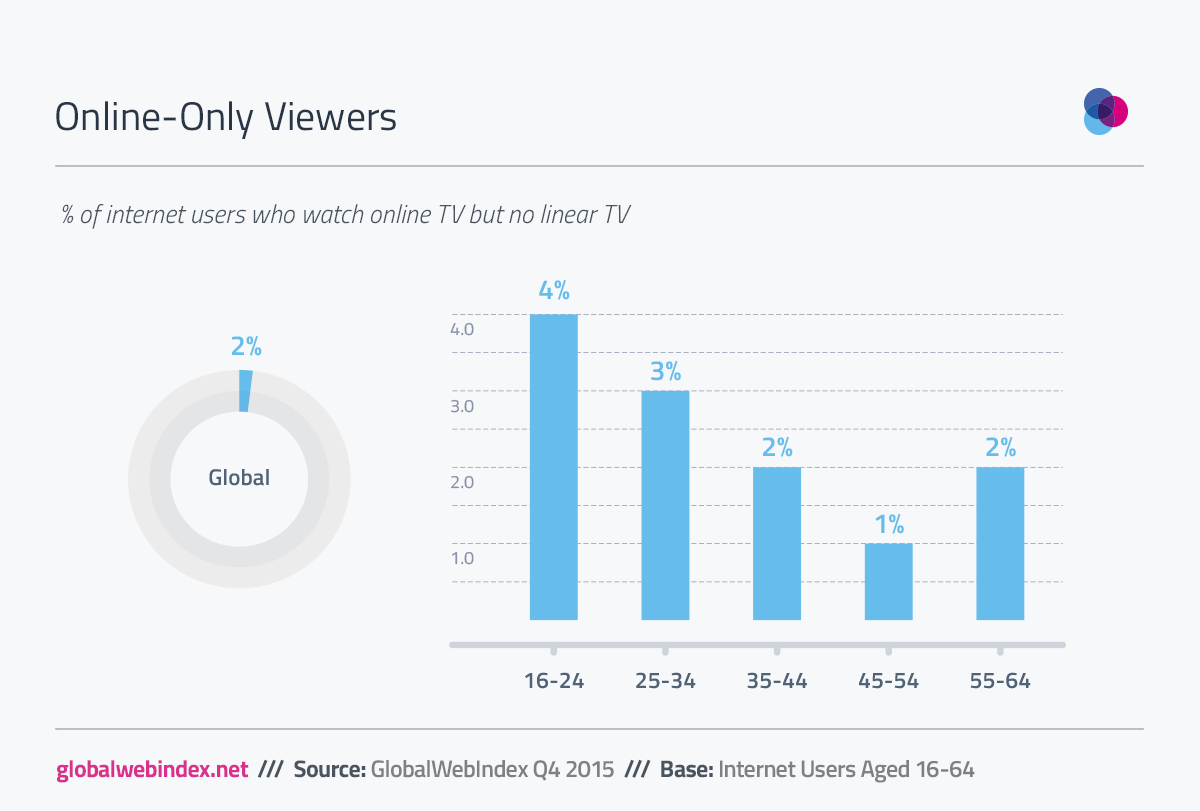