The pandemic has completely turned the financial landscape in the U.S. on its head.

Until 2020, around 1 in 10 consumers in the U.S. expected their personal finances to get worse in the next 6 months. By June, this increased drastically to 21%. A further 27% of consumers also say their financial situation is either tight or struggling.

Our new data set, GWI USA, gives providers the full picture of consumers’ changing behaviors and attitudes. And with many American bankers using at least two banks (51%) and a similar proportion with multiple cards across the four major networks (Visa, Mastercard, American Express, and Discover), getting visibility over this spread is invaluable.

We track the nation’s biggest banks and payment services so providers can see how their consumers’ expectations are changing, who’s driving these changes, and what this means for their brand.

Here’s what the data tells us about consumer perception toward retail banking today.

Financial providers should be more hands-on with younger consumers.

The playbook for understanding bankers is outdated when it comes to Gen Z (aged 16-23). While older consumers are relatively self-sufficient, younger consumers – Gen Z in particular – need a closer relationship with their bank. It’s far from a one-size-fits-all approach.

And there’s a number of reasons for this.

They’re the generation most impacted by the pandemic. Our global COVID-19 research from July found that 16% of Gen Z have been temporarily laid off/placed on furlough – they’re 33% more likely than the average to say this has happened to them.

Right now, they’re the most likely to be struggling, and need closer support.

Gen Zs in the U.S. are 40% more likely than baby boomers to say they look for advice when making big financial decisions.

They’re also the least prepared for the financial fallout as a result of the pandemic. Compared to older consumers, Gen Z are more likely to say they’re not as good at managing their money or saving.

U.S. Gen Zs are 10% more likely to want brands to improve their knowledge/skill-set.

All of this points to the need for providers to be more supportive toward younger consumers.

Alongside the likes of Citi, Chase, Capital One, Discover, Apple, and American Express; Bank of America is offering financial relief to its cardholders during these unprecedented times.

Through its Client Assistance Program, customers may be entitled to relief programs such as waiving certain account fees, like overdraft fees, and deferring payments on their credit cards, mortgage, and auto loans.

Providers that put the groundwork in now to support consumers and better understand their needs are not only set to build more meaningful relationships, but it could also do wonders for brand trust.

Digital banking gets fast-tracked, opening up opportunities among older generations

Today in the U.S., 64% of consumers say they use online banking at least weekly. This isn’t restricted to younger consumers: it has a broad cross-generational appeal.

Just shy of half of the silent generation and the greatest gen – that’s those aged 78 and above – bank online every week.

The U.S. has an older – faster aging – population, and the growth of the fintech space has accelerated most quickly among older cohorts since the pandemic.

These generations have significant market power and a big impact on the broader consumer landscape. Signs that they’re adopting digital now are set to be decisive to the overall online/offline balance in finance going forward.

Digital banking helps alleviate some of the big pain points with traditional banking. In research from March, 32% of consumers who use traditional retail banks said they find them time consuming because of waiting in long lines or being placed on hold, for example. As banks develop their digital offerings, it’s vital they understand consumers’ expectations and adapt.

Providing a seamless, easy-to-use digital service is absolutely key when it comes to onboarding, and keeping, new consumers – especially as many U.S. consumers report frictions when signing up to new services online.

Among those who – as well as other services – have created an online financial account (e.g. banking, insurance) in the past month:

This process can often be a considerable pain point for many consumers as they sign up for online banking with their current bank or join a challenger bank. It’s often these agile, young companies, such as N26, that have proven to be most successful here.

And their success hasn’t gone unnoticed. Older generations are taking note of how digital banking can make their lives easier. For instance, among traditional bankers in the U.S., Gen X and baby boomers are 13% more likely than average to say they find it frustrating when they can’t make pin changes or freeze/unfreeze their card.

But while more older consumers are recognizing how digital banking can improve their security, on the other side of the same coin, it’s unearthed another issue: data privacy concerns.

Among those who bank online weekly, 29% of Gen Z and millennials are worried about their data security.

This jumps up to 42% among Gen X and baby boomers.

This might help to explain why younger consumers are more likely to use mobile payment and money transfer services more generally. But it doesn’t mean older generations are staying clear of these services – far from it.

Among those who use mobile payments or money transfer services at least monthly, 67% of Gen X/boomers say they’ve used PayPal in the past month, compared to 56% of Gen Z and millennials. Instead, younger users are more likely to be using a range of other payment services including Venmo and Apple Pay.

This trend is accelerated by COVID-19 and is also backed up by PayPal’s own data which says consumers over the age of 50 were the app’s fastest growing segment between March and April 2020.

While Gen Z needs more support right now, older generations are confident in managing their finances themselves. What’s important to them is that finance brands provide a secure, simple online infrastructure they can trust. Providers who manage to engage this very lucrative audience are only set to benefit.

Loyalty is far from guaranteed

Bank loyalty isn’t what it used to be. Now that branches are less prominent, it’s far harder for retail banks to build brand perception and reputation.

If consumers were to open a new bank account tomorrow the vast majority would consider another bank rather than remaining faithful to their current provider.

New research from Cornerstone Advisors found that just 7% of consumers are highly engaged with their bank – they have several products with it, a key sign of loyalty. That said, among the nation’s megabanks (specifically Bank of America, Chase, and Wells Fargo), nearly half of their customers are moderately or highly engaged. It’s regional banks and credit unions that bring the average down. A trend that’s roughly mirrored in our data.

But what would lead to a consumer switching banks?

It seems the biggest motivator to join another bank lies with practicalities, such as good service, rather than financial incentives.

In the U.S., 59% of consumers say bad customer service would concern them the most when deciding whether or not to buy from a brand. This is their primary concern, far above socio-economic concerns such as lack of diversity in senior leadership (11%) and a lack of political activism (10%).

40% of U.S. consumers say great customer service would motivate them to promote their favorite brand online – rising from 34% in 2015.

And great customer service isn’t just key for financial service users in the U.S., it has global appeal. At 44%, Visa users around the world are 17% more likely than the average internet user to say that this is a key driver for brand advocacy.

Gone are the days when retail banks could mainly rely on in-person interactions to encourage customer loyalty. To really engage consumers, providers need to understand what they want and what matters to them, which can vary across generations.

Boomers on the other hand, are far more likely than average to want brands to contribute to the local community, reduce their environmental impact, and support local suppliers.

As boomers shift from branch to digital, finance brands should develop their purpose-driven banking. Good CSR practices are key to obtaining this generation’s loyalty.

63% of boomers agree that when they find a brand they like, they stick with it compared to 35% of Gen Z.

Revolutionizing digital offerings is only one part of a much broader picture. To really enhance brand loyalty and positive brand sentiment, retail banks and financial providers need to understand what drives different generations, what they expect from brands, and adapt their strategies as a result.

Above all, now is the time for empathy and support. This not only helps to build trust, and a more personal relationship, but it also helps to improve brand loyalty that’s so hard-won, and so easily lost. 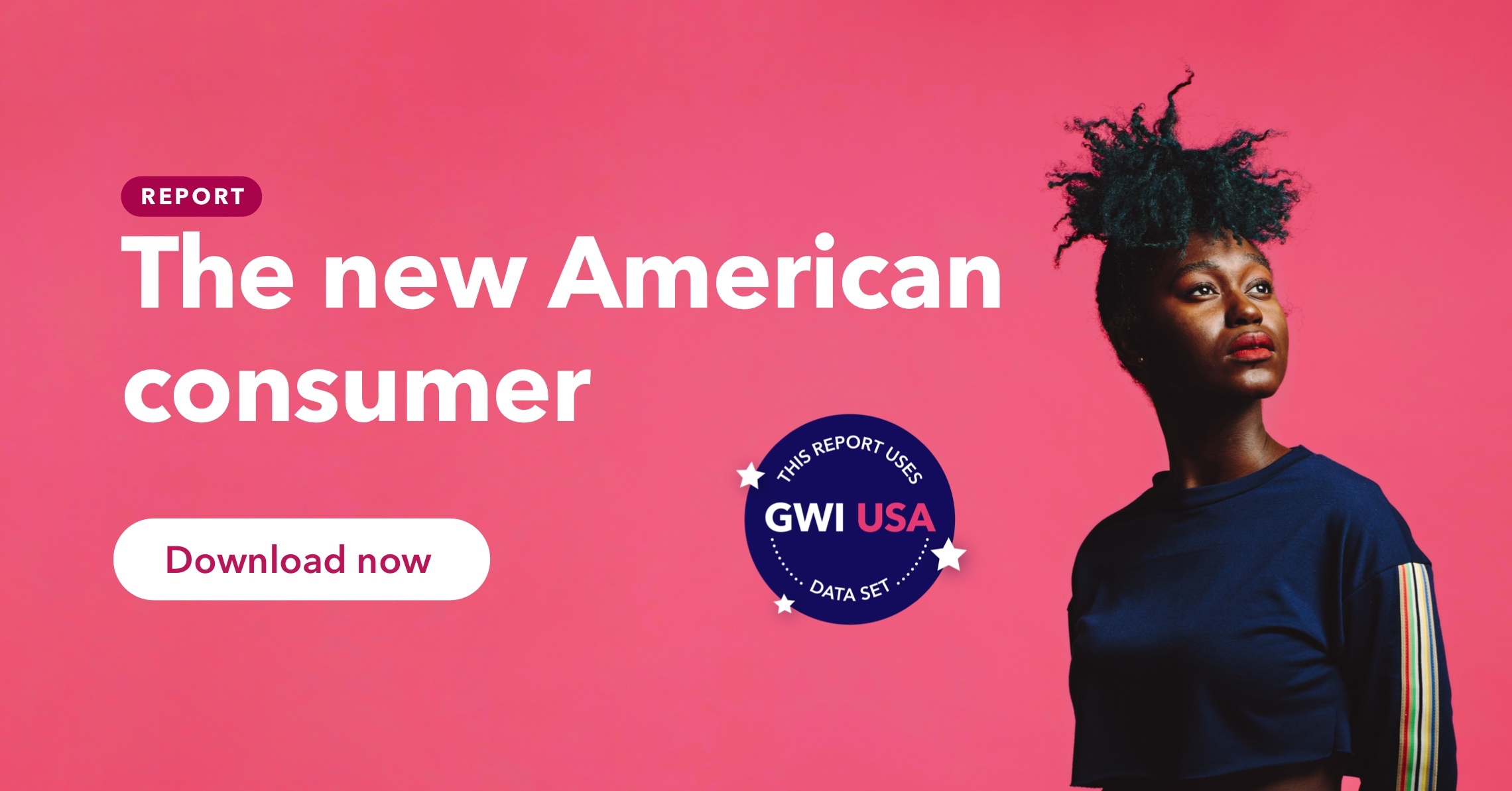