By now, it’s common knowledge that the coronavirus has led to large-scale increases in online media usage, in all forms.

Companies across the online entertainment space are expending a lot of effort to keep users engaged.

Movies typically slated for the cinema have been released straight to on-demand services, online gaming communities like Fortnite are hosting virtual concerts for millions, and consequently, the amount of time spent on these platforms has grown dramatically in the past few months.

As online streaming platforms continue to invest in creating their own shows and movies to cater to their growing user bases, it’s increasingly important to understand the changing mindset of these viewers as the crisis continues.

So, what does the typical streamer look like months into the pandemic?

Movie and TV streamers are more concerned about COVID-19.

Around the world, users of online streaming platforms like Netflix, Hulu, Amazon Video, or Disney+ show heightened levels of concern about the negative impacts of the coronavirus.

Users of these platforms are over 40% more likely than average to be concerned about the COVID-19 situation in their own country.

Streamers also seem to escape this continued anxiety around the outbreak by spending far longer on online media and increasing the time they spend on nearly every device.

They’re much more likely to spend longer on video games, streaming and broadcast TV, and nearly 20% more likely than the average internet user to say they’re spending longer on social media due to the coronavirus.

So with the right content, streaming services have a huge opportunity to rake in more viewership.

Even though each service attracts viewers looking for different types of content, many have discovered new genres they never thought they’d enjoy.

In the early days of the outbreak, Netflix dominated the airwaves with its show, Tiger King, which effectively marries true crime, documentary and cringe comedy themes.

The success of the show may be due to the fact that, when asked which genres they’ve discovered and liked more than they thought, consumers rated those three the highest.

When weekly users were asked what they’re watching more of during the outbreak, what they wanted to see more of, and what they expect to watch in the future, comedy came out as the top response each time. This arguably places comedy a driving force behind the success of the show.

But Netflix users today also want to see more content in other categories.

Seeing that weekly Netflix viewers are spending significant amounts of time on the platform now – 41% watch every single day and 63% watch 4 or 5 days of a typical week – there’s an opportunity for to experiment with rolling multiple genres into a single offering, as they did with Tiger King.

Hulu users are quite similar to the Netflix audience because they share a high proportion of their audience.

Nearly 4 in 10 weekly Hulu viewers during the coronavirus watch Netflix every day, so the pressure to draw these viewers away from the competition with the right content is as high as ever.

Although weekly viewers of Hulu during the pandemic have many of the same interests as their Netflix counterparts – including an increasing preference for comedy – this audience has a unique interest in reality TV and foreign language content.

Hulu viewers are also the most likely of any online streaming audience to say they have been watching more foreign language content at this time (14%). While 15% say they’ll continue watching more of this genre after the pandemic subsides.

Hulu’s opportunity may lie more in diversification of their content compared to its direct competition.

While cross-viewing among streamers is high, Amazon Prime viewers are by far the least likely to view other platforms regularly. As such, weekly users of Prime Video during the coronavirus are slightly more removed from the above two audiences.

Prime Video users are most likely to rank documentaries as the genre they’ve viewed most during the coronavirus.

But that doesn’t mean that Amazon prime viewers are solely interested in non-fiction.

They are, in fact, very eager for fantastical stories – 44% say they want to see more action, adventure and fantasy content, and 37% say they want more science fiction (higher than any other audience).

The real challenge for this audience may be the process of attracting them to this new content. They’re the most likely audience to say that viral hype, or what’s “trending” on a platform’s home screen, has little to no influence in their viewing decisions.

Streamers of Disney+ during are also quite a unique audience compared to the three above. By design, this platform attracts more young children and parents with children with shows that you’d typically find on the Disney broadcast TV channel.

But the Disney+ catalogue also includes franchise blockbusters from the Star Wars and Marvel universe, which is bound to attract a diverse audience.

Although it’s no great surprise that viewers of Disney+ are most likely to say they’ve been watching more action, adventure and fantasy content, it’s interesting that this audience also has a greater appetite for these types of movies and shows going forward.

The opportunity for content producers targeting Disney+ viewers may be larger now than ever, seeing as a high proportion of this audience is discovering an interest in new content during this time.

They’re the most likely of all the audiences mentioned to say they like lifestyle, science fiction, reality TV, and family content now more than they expected.

All told, these groups are spending more time online than ever before.

They’re watching and discovering new content in genres they otherwise may not have given any attention to, and at the end of the day, the next show or movie to dominate the airwaves may just be a perfect blend of genres that caters to the widest array of viewers. 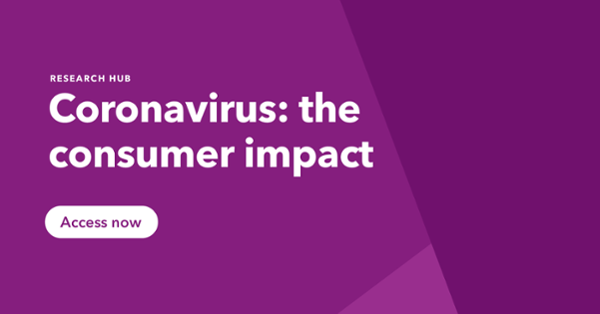