Is TikTok setting the scene for music on social media?

2018 saw an app borne out of an online lip-syncing craze become the new name on everyone’s lips: TikTok. It quickly gained popularity, climbing to the top of Apple’s App Store, and inspiring a new regular segment on The Tonight Show With Jimmy Fallon.

But why do so many users flock to it? Why now? And what does it say about music on social media more generally?

We carried out a special survey in November 2018 to find out – one of the first to illuminate the trend with insights drawn from TikTok users themselves.

The survey found that while TikTok has surged up the download charts, it still has a way to go before it can challenge the social media heavyweights.

15% of internet users in the UK and U.S. actively engaged with TikTok last month; some way below Snapchat, Twitter, Instagram, or Facebook. But while TikTok may currently have fewer engaged users, it still offers valuable lessons about what might come next for social media.

What lies behind TikTok’s success?

It’s no great surprise TikTok users skew young, with 41% of them aged between 16 and 24.

When TikTok is mentioned in the news, it’s often compared to Vine, the now-defunct short video platform, and there’s some truth in those comparisons. As with Vine, TikTok is more of a creative than a strictly social platform.

When asked why they like it, users say they’re most interested in seeing other people’s creativity, and having the chance to be creative themselves. These creatively-minded motivations rank above social factors such as “I like the community” or “it lets me stay in touch with friends”, showing self-expression comes above all else.

But TikTok’s rise in popularity is no coincidence – it’s been ushered in by trends we have commented on before.

In recent years, our data has shown using social media to share personal updates and to connect with friends has become less important to internet users. Using it to find entertainment is now more of a priority. We see the evidence for that in the responses TikTok users give for why they enjoy using the service.

This trend is often called “passive browsing”, whereby social media users trawl through their feeds to consume content without sharing anything themselves.

But the appetite for contributing creative content to social platforms may have been underestimated.

TikTok distinguishes itself in its array of tools, effects, filters, as well as its ease in matching audio to video. It empowers its users to become content creators, and keeps creation within the walls of the app.

And TikTok’s users are creators. It boasts a keenly engaged user base, with a high ratio of creators to viewers.

68% watched someone else’s video in the past month, and 55% uploaded one. These stats are admittedly drawn its more active users, and while, as a smaller service, it benefits from dedicated early adopters, it’s still an impressive number of people actively contributing to the platform.

The competition and opportunity for the platform.

TikTok’s rise hasn’t escaped the notice of the biggest players in social media.

It’s certainly given Facebook impetus to make use of the music-licensing deals it signed with the three major record labels over the last two years. After the ink dried on its contracts with Warner, Universal and Sony/ATV, there was speculation Facebook would use those deals to build out its own streaming service.

This may still be a long-term goal, but for the moment the primary aim of those assets lies in using licensed music to drive more user engagement, overcoming the “passive browsing” trend. It’s likely to be beneficial for music publishers too, as social media becomes another place they can monetize their content online.

Facebook has come up with a number of approaches to try and confront TikTok, including a Lip Sync feature on Facebook Live and a new spin-off app called Lasso. But with its sizable pre-existing user base, the introduction of music stickers to Instagram Stories is perhaps the most intriguing move.

A music sticker lets a user put a short music clip in the background of a picture or video on their Story.

In our survey, we found that a quarter of internet users engaging with Instagram have used this feature in the past month.

As with TikTok, music stickers are used to fulfil a creative vision of sorts. 71% of music sticker users applied one “to fit the picture or video”.

But there’s another angle at work too. The top reason overall (73%) was to share a clip from a song the user liked, and 70% used it to express their feeling or mood. TikTok users share this inclination to a degree on that platform as well.

They’re more inclined to see the platform as a hub for creativity and expression – perhaps somewhere they can adopt a persona – but 55% of them say it lets them express how they feel. So using music on social media isn’t always just a matter of creativity; it can also let users showcase their personality in a meaningful, channelled way.

With TikTok’s growth and Facebook’s expansion of its music features, music hasn’t been this integrated with social media since the heyday of Myspace.

Adding music features to their services will allow social media platforms to try and reverse the trend of passive browsing – either by provoking their users’ creativity, or by giving them another vehicle to express their personality. 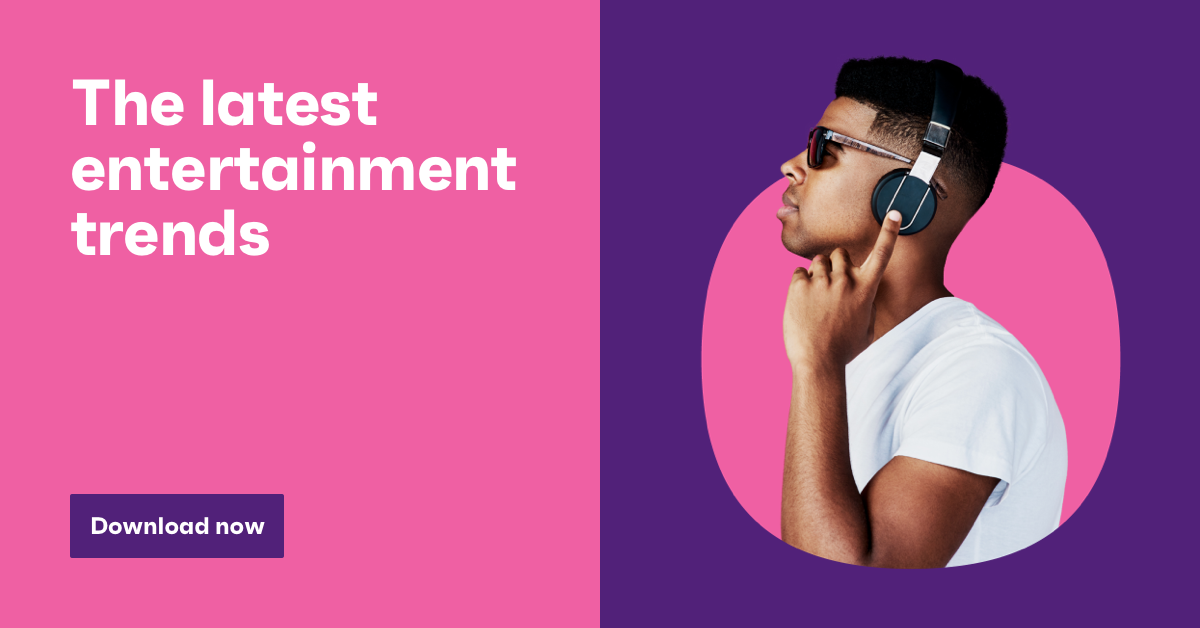