A byte-sized guide to TikTok and the new social media

TikTok has been in the media spotlight for quite some time. Even in light of its speedy climb to success, it’s not easy to figure out why the app succeeded where so many social media challengers failed.

Creative, fast-paced, and always delivering content to users, TikTok has given creators and influencers a substantial profile, and arguably the biggest shortcut to a huge audience – all of which are possible explanations.

But the question many are now starting to ask, as the app increasingly receives more attention from marketers and government bodies worldwide, is how do consumers and brands actually use it? And, what does this suggest about the future of social media?

Research from a recontact study we conducted in June among U.S. and UK internet users, and insights from the latest wave of our B2B dataset, put forward some possible answers.

Why consumers use TikTok

TikTok’s ability to shape the cultural sphere has been obvious since it powered “Old Town Road” to top of the charts, and gave artists like Lil Nas X and Lizzo a substantial boost. It’s easy to obsess over the celebrities and big-name influencers on the platform, but our data highlights the platform’s broad package of use cases.

The motivations often attributed to TikTok, like following influencers and self-promotion, come significantly behind the broader reasons for using social media – like entertainment and filling up spare time.

Compared to other platforms, the “social” reasons for using the app are much further down the list. With the focus on content creation, TikTok’s direct messaging features aren’t front-and-centre, in the way that social media sites have generally taken shape.

52% of social networkers in the U.S./UK mainly use social media to stay in touch with what their friends are doing, compared to 22% of TikTokers in our chart.

So though it’s worth noting the often overlooked similarities between TikTok and other social sites – which also help fill in time during the day – there are several important differences. While only 11% claim to be using TikTok to get famous, around 3 in 10 use it to express themselves, with the app’s inspirational qualities also shining through our research.

Learning, for example, is not a word typically associated with TikTok. But with a quarter of TikTokers using the app to discover how to do new things, it clearly has many unexplored capabilities.

The trend of using TikTok as a means to teach science to Gen Zs emerged last year, and university researchers have since used it to explain a diverse range of topics. High school chemistry teacher Phil Cook first posted a lab demonstration last August, and now has over a million followers.

With big names in the tech space lining up to buy and control TikTok’s U.S. arm, there’s plenty of opportunity for further expansion. Many have wondered what Microsoft would do with TikTok, but a future acquisition could leave room for “imaginative synergies in gaming, chat and education”.

How consumers use TikTok

TikTokers are regularly viewing a string of recommended videos, as well as hashtag challenges and livestreams – which offers countless opportunities for exposure.

The pandemic has led many to have a go, with 27% of Gen Z creating more videos during lockdowns.

But despite users upping their creation efforts, TikTokers are still less likely to participate in challenges themselves.

Committed creators remain in the minority and should therefore be considered separately by brands: among those who regularly create videos and participate in challenges, the desire for inspirational content is much higher and over half like to watch trending videos, which spark the imagination.

Campaigns that draw on popular culture and recent events in ingenious ways will capture the attention of this resourceful group – enabling them to stay on top of, as well as participate in, the birth of new trends.

The potential audience on TikTok has led some brands to dabble with social selling, but the platform’s nuances in this area have to be respected. Fewer TikTokers cite researching products to buy as an incentive for using the app (14%), than social networkers do for using social media sites in general (28%).

However, compared to other social networkers in the U.S. and UK, TikTokers are over 80% more likely to cite a “buy” button on a social platform as a purchase driver. As the platform’s selling tools develop, it’s likely that impulse buying will be most at home on it, rather than a detailed researching of products.

While TikTok introduces selling features in the U.S., commerce capabilities are already well-embedded in the Chinese version (Douyin). It’s had success in its home country, largely thanks to a partnership with shopping app Alibaba.

With impulse buying seemingly in mind among TikTok users, selling strategies in the West may well end up akin to the “drop” model often used in China, where limited runs of merchandise are teased and sold through the app.

This points to the sort of direction this platform, and others like it, can hope to move in the future.

TikTokers are clearly open to interacting with branded content and buying via social media, but brands need to make full use of the app’s capabilities and introduce relevant content to drive engagement.

Popular hashtag challenges come from the likes of Walmart (#dealdropchallenge) and Chipotle (#Boorito) – with the former urging customers to express how its savings make them feel through dance, and the latter using the Halloween season to bring costumes into the creative mix.

By inspiring entertaining content that can be linked to the brand, these companies offer demonstrations of how TikTok can be put to good use.

Why brands use TikTok

The agricultural sector may not be the first that comes to mind when contemplating TikTok usage stats, but a quick Google search reveals that a massive 1.8 billion people have watched a video with the farm hashtag.

The app has been credited with connecting farmers and consumers during the pandemic, which speaks to the reasons brands use TikTok.

Surprising as it may seem, you can understand a lot about TikTok and similar apps’ potential by looking at farmers. Douyin has been a revelation to Chinese farmers, giving them a direct line to their end-consumers for the first time. When you think about it as a D2C model, you can see the potential for businesses in other sectors to connect directly with consumers.

At the moment, around 1 in 10 knowledge workers are aware of their team or company having a work-related TikTok account. This does vary significantly by sector – rising to 25% for the agriculture industry, followed by the likes of PR (20%) and IT (18%).

TikTok is primarily used in the early stages of a sale: for raising brand awareness and driving consumer engagement.

This holds a lot of potential for D2C companies more broadly, as small businesses can reach a huge audience without the traditional spend on marketing.

What’s more, over 1 in 4 knowledge workers in this group claim to use TikTok for the purposes of selling.

TikTok has gradually been adding to its shopping features over time, while involving creators. Levi’s is one of the first retailers to integrate a “Shop Now” button into its creator videos, and has already witnessed increased traffic to its website as a result.

Though the reasons for brands using the app generally center around communication, certain countries and industries are breaking this pattern.

Selling is the top reason for businesses using TikTok in the U.S., and peaks in industries like marketing (50%), insurance (50%) and the environmental sector (45%) – known for its grass-themed merchandise.

While it’s early days, we can expect the selling-related stats in our chart to slowly increase as companies become better acquainted with the app’s evolving purchase tools.

What brands should know about advertising on TikTok

We’ve laid out the reasons why TikTok is well-suited to lend itself to social commerce and given examples of how brands have used it in the past. But also worth pointing out is that the app has a distinct vibe, which gives off a different energy to that of other social platforms.

And with rival apps emerging as well, these might herald broader changes in social media behavior – especially in light of what some are calling “COVID-fatigue”, as social networkers begin to crave more light-hearted material.

We asked TikTokers what content they most like to see on the app, and the most-cited video qualities were funny and creative.

Various brands have figured this out. In contrast to what’s usually shared on its YouTube and Instagram accounts, the NBA’s TikTok clips are typically more laid-back – once featuring a chihuahua dunking a basketball during its halftime show.

This doesn’t mean brands shouldn’t vary the nature of their videos; the league regularly posts motivational videos on the app, which is a type of video content that around a third of TikTokers like to watch. And the agricultural industry may be better suited to an informative tone, which is equally popular among users.

By the same token, different age groups also take more of a liking to certain types of content: 35-44s are the leading enthusiasts when it comes to motivational snippets (44%), while 25-34s take a shine to informative videos (41%).

TikTok is dancing, for now

With a third of TikTokers in the U.S. and UK following brands they like on the app, the platform is well-positioned to boost its commercial qualities.

Though the app’s continued presence in the West isn’t guaranteed, it’s introduced several new ingredients to the social media mix that are worth noting.

From taking creativity to a whole new level, to establishing fresh space for D2C companies to flourish and brands to display character, TikTok has left a permanent stamp on the social sphere – and serves as an example for platforms looking to enhance these qualities in the future. 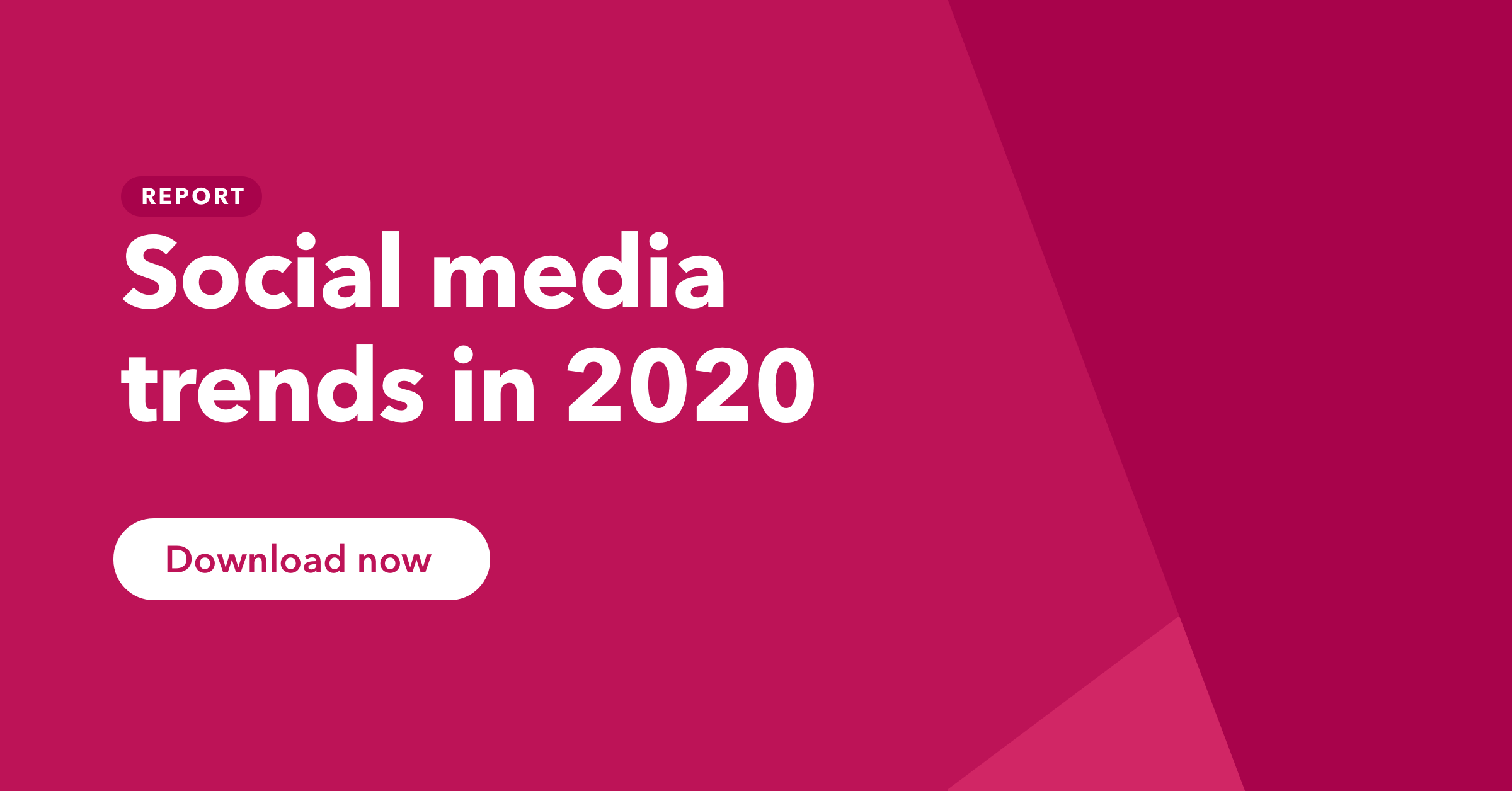