In September, Mark Zuckerberg announced Facebook was working on an alternative to the Like button. Fast-forward a few weeks and Facebook has rolled out “Reactions” – a set of six new emoji that will sit alongside the like button, allowing users to quickly and easily respond with love, laughter, happiness, shock, sadness and anger. Social networks like Path and sites like Buzzfeed already allow users to respond to posts with different reactions, but what benefits could this have for Facebook?

One key aspect of this move will be enticing Facebook’s increasingly passive users to become more active on the network. 44% of Facebookers say they have logged in without posting or commenting on anything in the last month. So browsing without posting is now more popular than uploading photos (43%) and updating statuses (38%). But by far the most popular Facebook activity is clicking the “like” button (7 in 10 Facebookers do this each month), suggesting that users prefer to interact with the site quickly and easily – something that “Reactions” will exploit. This new feature could provide an effective and easy way to encourage passive users to become more engaged. 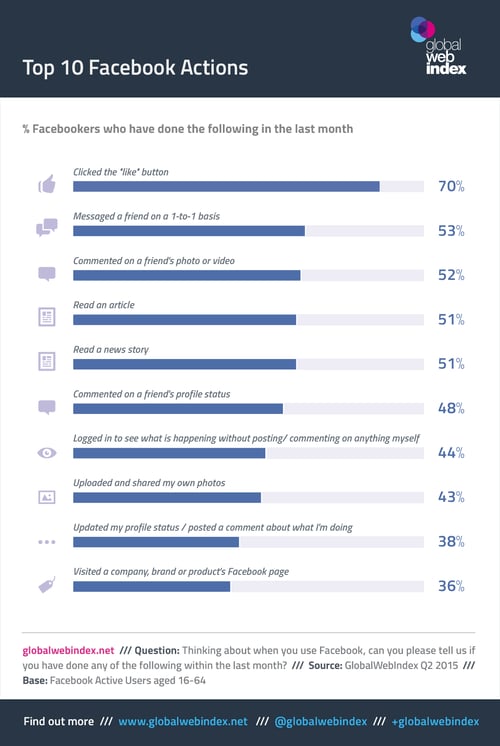 Reactions is also a response to Facebook’s increasingly mobile-based audience. 62% of Facebookers now visit the site on their mobiles, up almost 10 percentage points over the past two years, and peaking to 67% of users aged 16 to 24. It’s broadly true that mobile visits are more frequent but less engaged; people visit for shorter periods and carry out fewer activities. So, the ability to simply click to respond to their friend’s updates, rather than type out a response on the handset, is certain to appeal to this growing number of mobile users. 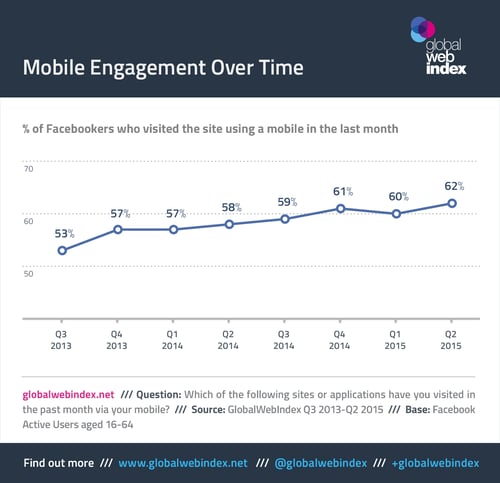 All this is good news for brands and marketers too. With the new feature providing access to more granular data about how people emotionally respond to content on the network, Facebook will be able to get more relevant content to its users, and effectively enhance its play in selling advertising.