Why Snapchat’s In-App Purchases Are a Good Idea

Evan Spiegel’s recent announcement that Snapchat would continue its move to monetize its user-base, with users now able to purchase three ‘replays’ of already-seen pictures and videos for $0.99, marks a move away from its ‘ephemeral messaging’ approach where users could send a photo or video once, knowing that it couldn’t be viewed again. While Snapchat also generates revenue by hosting content from media partners in its ‘Discover’ section, this is its first clear effort to monetize users directly.

In-app purchases have created significant revenue streams for other messaging services, like WeChat, Line and Kakao Talk, but will Snapchat’s users be interested in starting to pay for something that they could recently do for free each day? 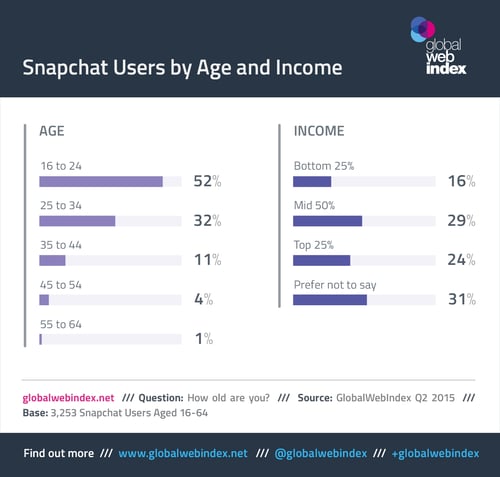 The outlook for Snapchat’s in-app purchases looks even more promising when we consider the online content paid for by Snapchat users. On average, Snapchat users are around twice as likely to pay for all forms of online content, with one of the biggest over-indexes for in-app purchases – they are 2.7x as likely as the average internet user to pay for these (1 in 4 users did so in the past month). Clearly then, should Snapchat’s users have an underlying interest in the ‘replay’ feature, Snapchat’s monetization plans could be a success. 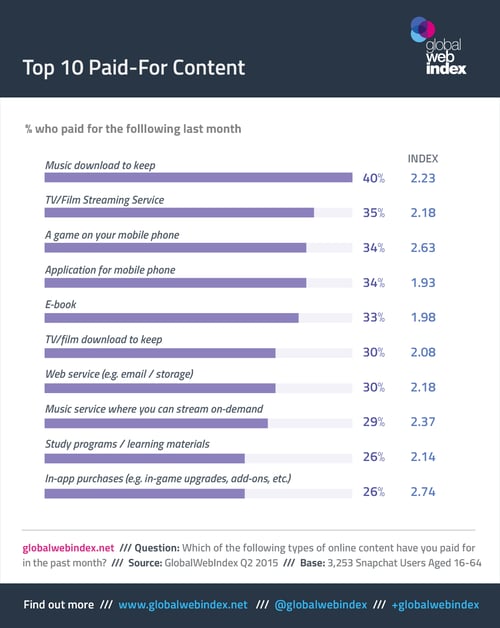 One final question remains, however. Will this move help or harm the Snapchat brand? The answer lies in Snapchat’s vision of the future. Disappearing Snaps may be appealing to many but they do mean that Snapchatters who wish to swap photos permanently have to turn to another platform, like WhatsApp or Facebook Messenger. To keep expanding, Snapchat may have to dilute its ‘ephemeral’ USP and paid-for ‘re-plays’ could be the first step in this direction.