Why the UK’s General Election was so difficult to predict

That the results of the recent UK General Election wrong-footed many commentators has been much discussed. As we noted in Part 1 of this post, the (incorrect) assumption that this would be the first truly Social Election was one of the contributing factors; the noise being made online simply didn’t tally directly with the views of those entering the voting booths.

But there were numerous other factors at play too – not least that today’s voters are a pretty changeable bunch. According to GWI’s election research, just over 4 in 10 voters actively considered switching their vote in the final stages of the campaign. That’s a huge segment who could have changed their mind right up until the moment they cast their vote (in fact, some 17.3% of the 1,932 nationally representative voters we surveyed said that they only made their final decision on the day of the election).

The “shy” Conservative factor was relevant too. Voters for this party were the least comfortable in sharing their voting preference (only 36.7% scored 5 on a scale of 1-5, compared to 48% for Labour and 51% for UKIP). Just as Labour supporters were much more likely to turn to social networks to inform and share their views (which we discuss in Part 1 of this post), so they were more vocal elsewhere too. 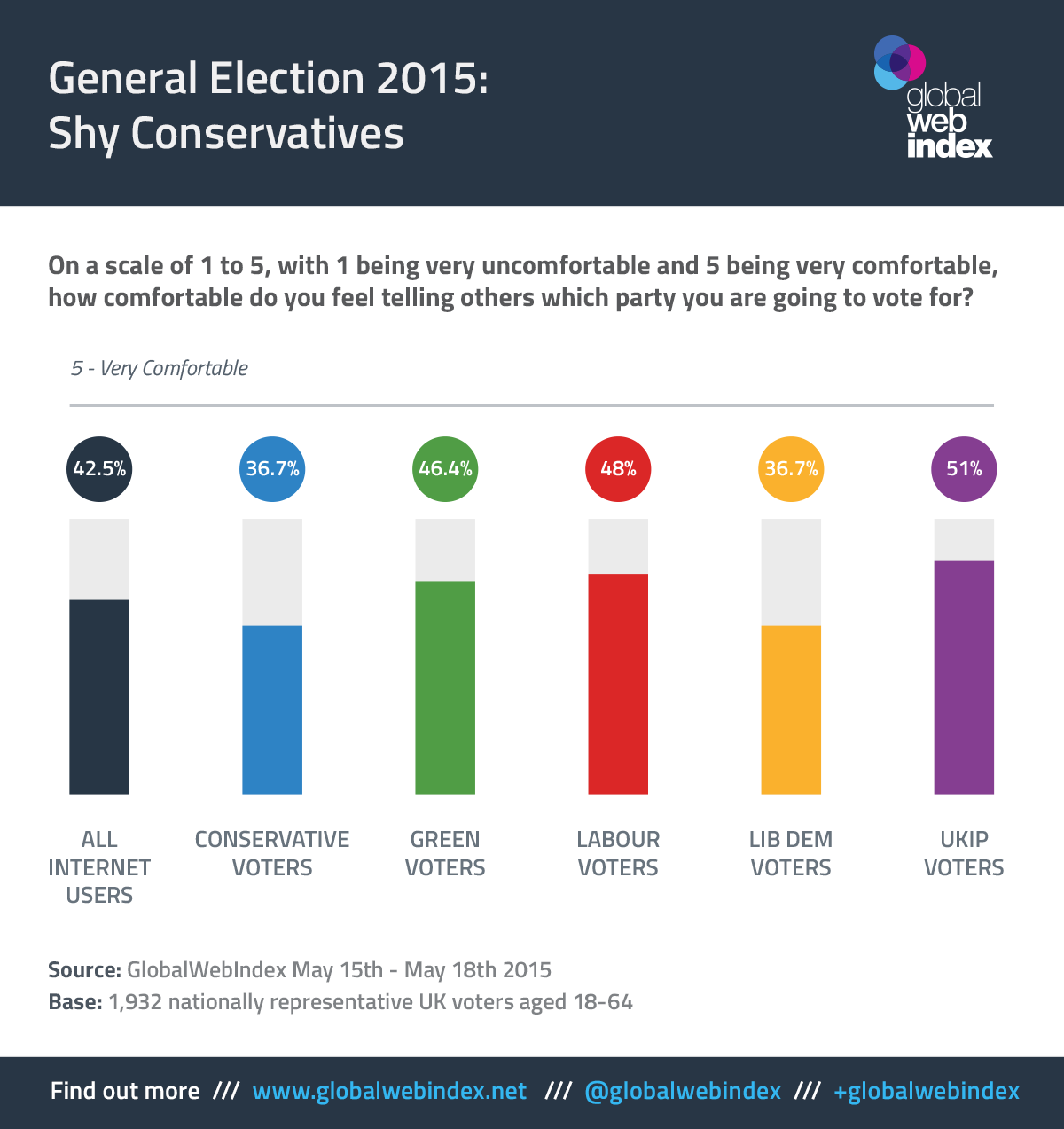 The Conservatives also managed to bag the most Undecideds. Prior to the election, GWI’s research showed that 18.7% of online adults in the UK were undecided in terms of which party to support. Where these people went determined the final outcome:

So, while Labour held a lot of its core vote, it didn’t attract many switchers and it lost far more of the Undecideds. Ed Miliband was a major hindrance here: while Conservative voters were the most likely to claim that “the party leader” was a key driver behind their voting intention (over 34% cited it as a major motivation), only 15% of Labour supporters felt the same about Miliband. On this measure, Labour lagged behind most other major parties and were one of the only groups where the local candidate was considered a more powerful factor. 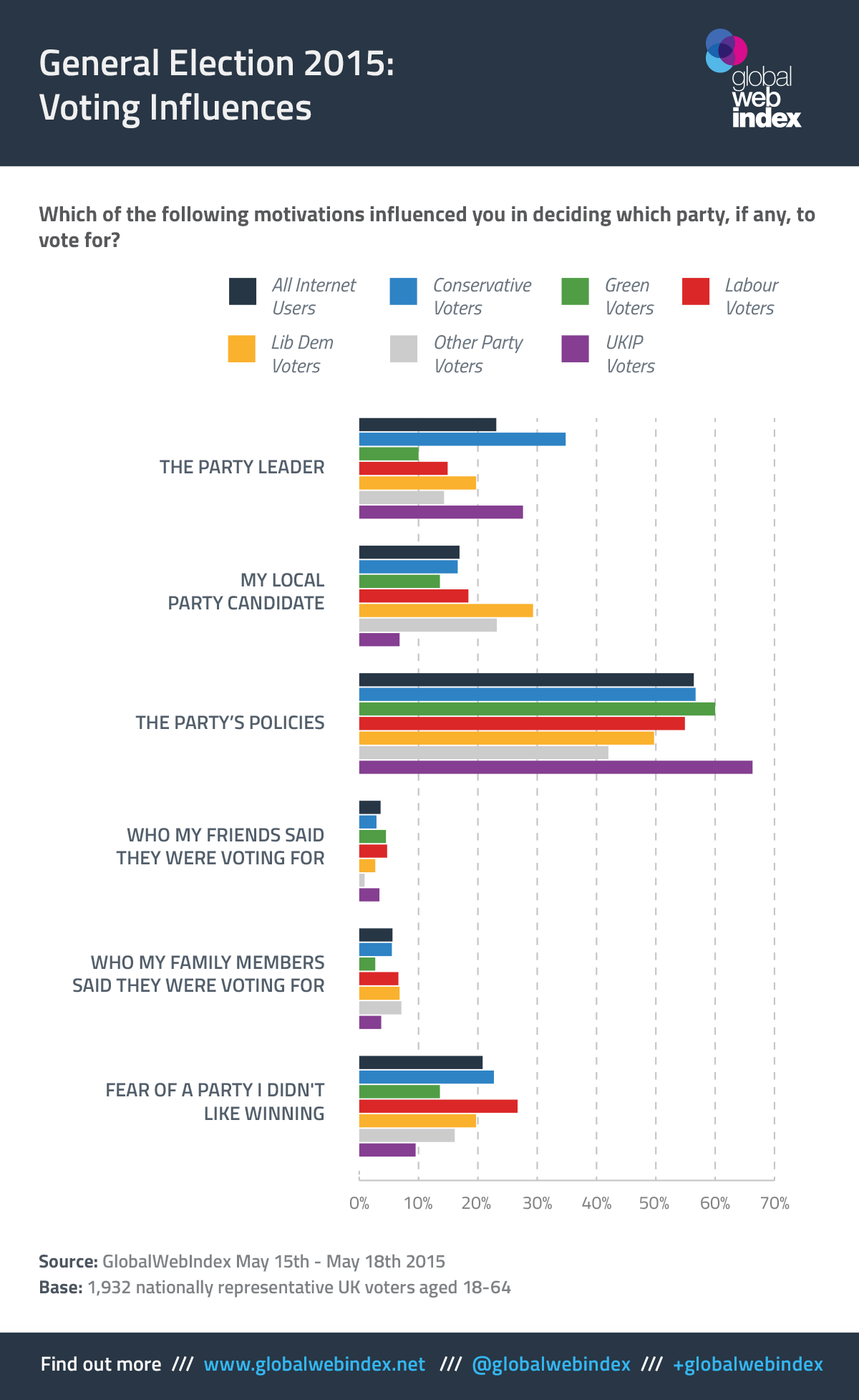 In isolation, any one of these factors could have had a major impact; in conjunction, it’s not hard to see how the results could have been so different to the predictions. They also make one thing pretty obvious: this was the election of issues, policies and personalities rather than party allegiances.

All respondents had previously participated in a questionnaire fielded in late March / early April 2015 where they had been asked to state who they were most likely to vote for at the General Election; this allowed us to compare pre-election intentions against actual votes cast.