Internet users in LatAm spend the most time online

To celebrate the launch of our new Region Reports, today’s blog takes a look at the amount of time that internet users typically spend online each day.

Regionally, the figure is highest in Latin America – where digital consumers are spending an average of nearly 7.75 hours per day online – with the Middle East & Africa following closely behind. That’s a reflection of these regions containing so many fast-growth markets where online populations tend to have a much younger age profile, and where mobiles have long been a much more vital internet gateway than in more mature countries.

This becomes particularly clear if we look at time spent on mobiles as a percentage of the total time spent online: in APAC, LatAm and the Middle East, mobiles are already capturing a third or more of our online time. In contrast, mobile accounts for notably lower shares in both Europe and North America.

With mobiles showing strong year-on-year increases across all regions, though, 2015 is likely to be the year that they reach parity with other devices in at least some markets.

For detailed examination of digital trends by region – covering everything from social networking and mobiles to media consumption and brand engagement – please download our new Region Reports. 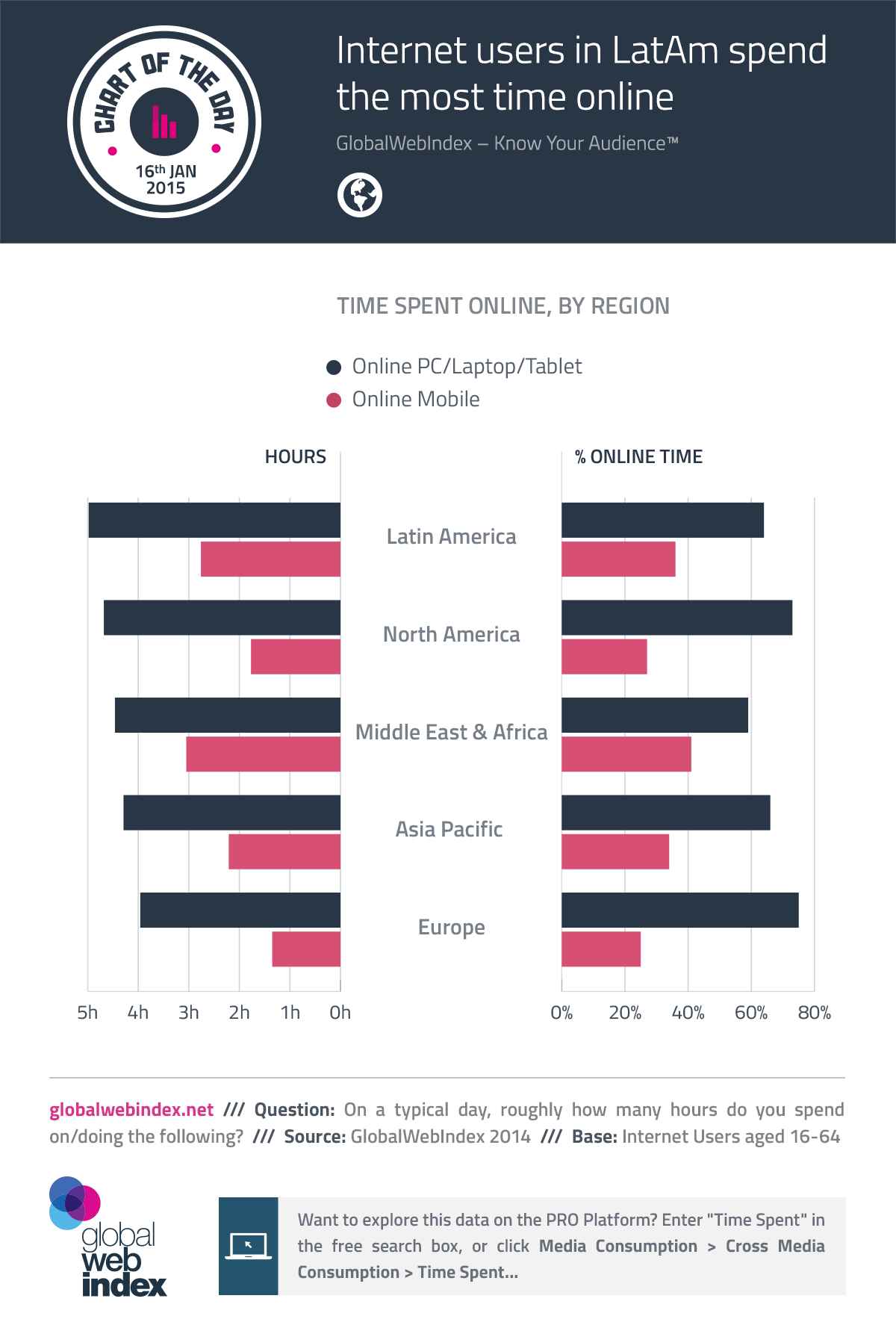