In this week’s chart series, we will be casting an eye on the state of the sports market. Today, we will look at which sports are most popular across the globe, and what this means for growing sports engagement worldwide. 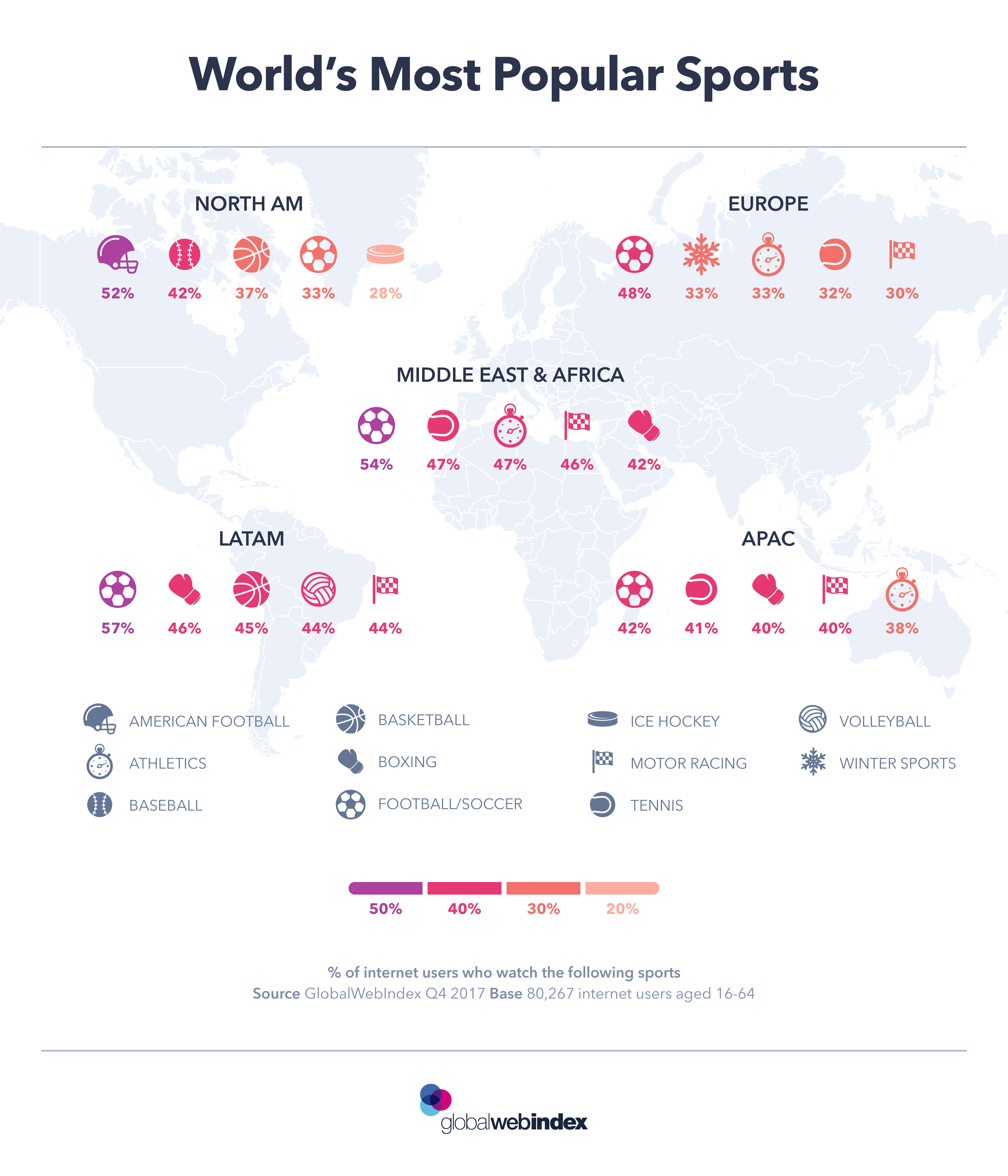 It’s no great surprise that football/soccer is the most popular sport, with the FIFA World Cup the most popular competition as well. But it’s worth singling out its impressive growth in Asia Pacific, where it has overtaken tennis to become the most popular sport in our latest wave of data. This is likely due to a combination of revamped professional domestic leagues, investment in European clubs by Asian businesses, as well as aggressive competition between the Bundesliga, La Liga, and the EPL to make headway in South East Asian markets through rights deals and marketing.

Soccer has also made inroads in North America, though it still lags behind the traditional trio of American football, baseball and basketball. North America has been better at importing soccer from abroad than it has exporting its own sports, which have made less of an impact worldwide.

Looking back to APAC, boxing is another sport with impressive growth, a trend which has helped boxing become the second most popular sport among younger internet users globally. Boxing slips in popularity by age, however, with athletics taking its place.

The year-on-year growth of soccer and boxing in APAC highlights how the region lacks the dominant, culturally prominent sports other regions have, and means competitions which successfully tap into the region can become market leaders. In tomorrow’s chart, we will dive into the profiles of sports watchers to understand why this is, and what this means going forward. 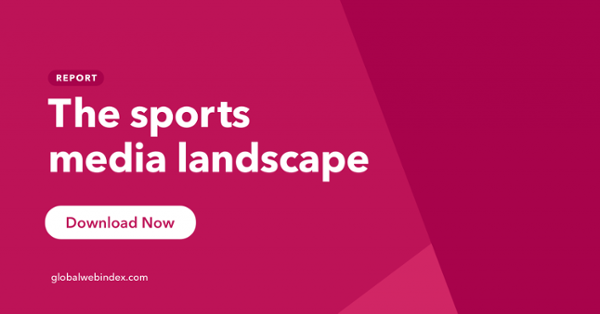