Last year was particularly challenging for the entire sporting world.

COVID-19 forced many organizations to undergo changes in the way they operate to stay competitive.

With the help of robust coronavirus testing, bubble living, and shuttered stadium doors, many teams and leagues were able to weather the storm.

All this hard work allowed sports fans to continue following their favorite teams even without being able to attend games in-person or gather to watch in a local bar.

Many of the old fixtures of sports viewing, and sports fandom, have either been put on hold or changed beyond recognition.

Using our newest dataset, GWI Sports, we put the focus squarely on sports fans. Specifically, how they’re watching, what they value in a team, how they’ve stayed engaged – and what it all might mean for the future.

1. COVID-19 may have curtailed appetite for live sport.

Around the world, stadiums are opening back up. Hundreds of millions of adults have already received a COVID-19 vaccine, and the question for many remains: when will sports return back to normal?

In some cases, the answer is now. A recent Australian Rules Football match saw attendance surpass 50,000 fans, and in India, the Narendra Stadium attracted a post-COVID record 66,000 fans for a T20 cricket match.

But these early examples mask the fact that most sports fans are wary of returning to the stands. For the most part, even though a solid portion said they missed attending games during the COVID lockdowns, the return of in-person fans may not be as strong as hoped for.

Around half of sports fans say that COVID has made them less likely to attend live events, so demand will need to be aggressively won back.

Millennials pose a great opportunity for leagues looking to fill their stands with more regular fans.

This generation is not only more likely than the average to have missed sports during the pandemic, but also most likely to say they regularly attend games already, with nearly 70% of millennial sports fans attending a live match every 6 months.

2. Online sports viewership is on the up.

Time spent online has surged for many internet users over the past year.

So, while sports organizations have a history of centering their partnerships around broadcast TV, there is a huge audience for fans who watch sport through digital channels, especially throughout the pandemic.

In every region of the world, the portion of consumers viewing matches on digital channels has been eating away at broadcast viewership.

Online channels are beginning to threaten traditional ones, and in APAC, digital sports viewership has already overtaken broadcast TV – a significant milestone.

This growth is predominantly driven by Gen Zs and millennials, and it’s an indication of how important it is to get younger fans on board, with so much viewing displaced to digital.

As the number of digital sports services increases dramatically, from Hulu Live Sports to Amazon Prime and many league-specific services, like NFL Game Pass, we can expect this growth to continue.

The financial potential for digital sports services is also set to grow alongside the increasing purchasing power of younger sports fans. Three quarters of Gen Z sports fans say they’re willing to pay to access content from their favorite leagues.

Commentary, highlights, and behind-closed-door access to teams, coaches, and players have long been staples of broadcast networks like ESPN and Sky Sports, but there are now many more ways fans can connect to the sports they love.

The pandemic pushed sports organizations to find new ways to connect with fans, and social media became the key channel to do so. Examples of this are plentiful, with Real Madrid’s content pivot epitomizing the trend.

By doubling down on its highlights, Real Madrid was able to cater to fans who use their social feed as a second-screen, to act as a content provider in a time where digital sports content was being consumed in droves.

YouTube is the top platform for sports fans globally, with over half of fans using the service to follow sports.

This reaches as high as 60% among Gen Z sports fans.

4. Virtual events are drawing a crowd.

Although it started out as a niche market, esports is rapidly becoming a massive standalone industry. Amid the pandemic, and initial pause of live sporting events, many traditional sports fans have flocked to esports and other digital sporting content.

Examples of successful crossovers between traditional and esports were numerous throughout lockdown, from NBA teams livestreaming NBA 2K games on Twitch, to Formula 1 partnering with Zoom to offer fans a virtual viewing experience.

Events like these have increased esports popularity most among younger generations, who were craving competitive content. In July 2020, 18% of 16-24 year olds reported spending more time on esports during the pandemic.

In fact, the crossover between sports fans and esports fans is bigger than you might expect. Just under 60% of sports fans say they are extremely or very interested in esports.

Further driving this trend forward is the financial upside – there’s a lot of money to be made in esports. Compared to traditional sports fans, these fans are actually more affluent, making them a very lucrative audience for sponsors and potential partners in the space.

Many brands have caught onto this already, with high-value sponsorship deals tallying up to the millions. At the height of the pandemic, BMW announced new sponsorships of multiple esports teams, effectively shifting their long-term marketing strategy entirely to favor esports competitions. And more recently Red Bull – a longtime sponsor of extreme sports events – announced their own esports competition.

Sports fans, especially younger ones, place a great deal on the values their teams possess.

In the past, sports teams could rely on a localized fanbase with new fans brought in as friends and family of already avid supporters. Yet younger fans today have a whole host of new expectations. Many new fans will only lend out their support if they feel a club represents their values.

Younger fans are more likely to say that sports divides more than unites, and the onus has now fallen on leagues to work against that sentiment. Sports organizations have taken note of this, and 2020 was full of examples of teams and leagues working to be agents of good throughout the world.

Many stadiums worked with local governments to provide sites for COVID testing and vaccinating, and in the U.S., many leagues took political stances in the wake of country-wide racial justice protests. Most famously, the NBA went so far as to write Black Lives Matter on the court itself.

These kinds of political statements and community outreach reflect the values of sports fans. Nearly half of them say contributing to their community is important, and just under two-thirds say the same about helping the environment.

Sports brands that don’t actively work towards a better world for their fans run the risk of alienating their fanbase.

It’s also important for sports brands to be genuine when it comes to their social welfare initiatives, as performative political or social statements without real action could actually lead to greater backlash. 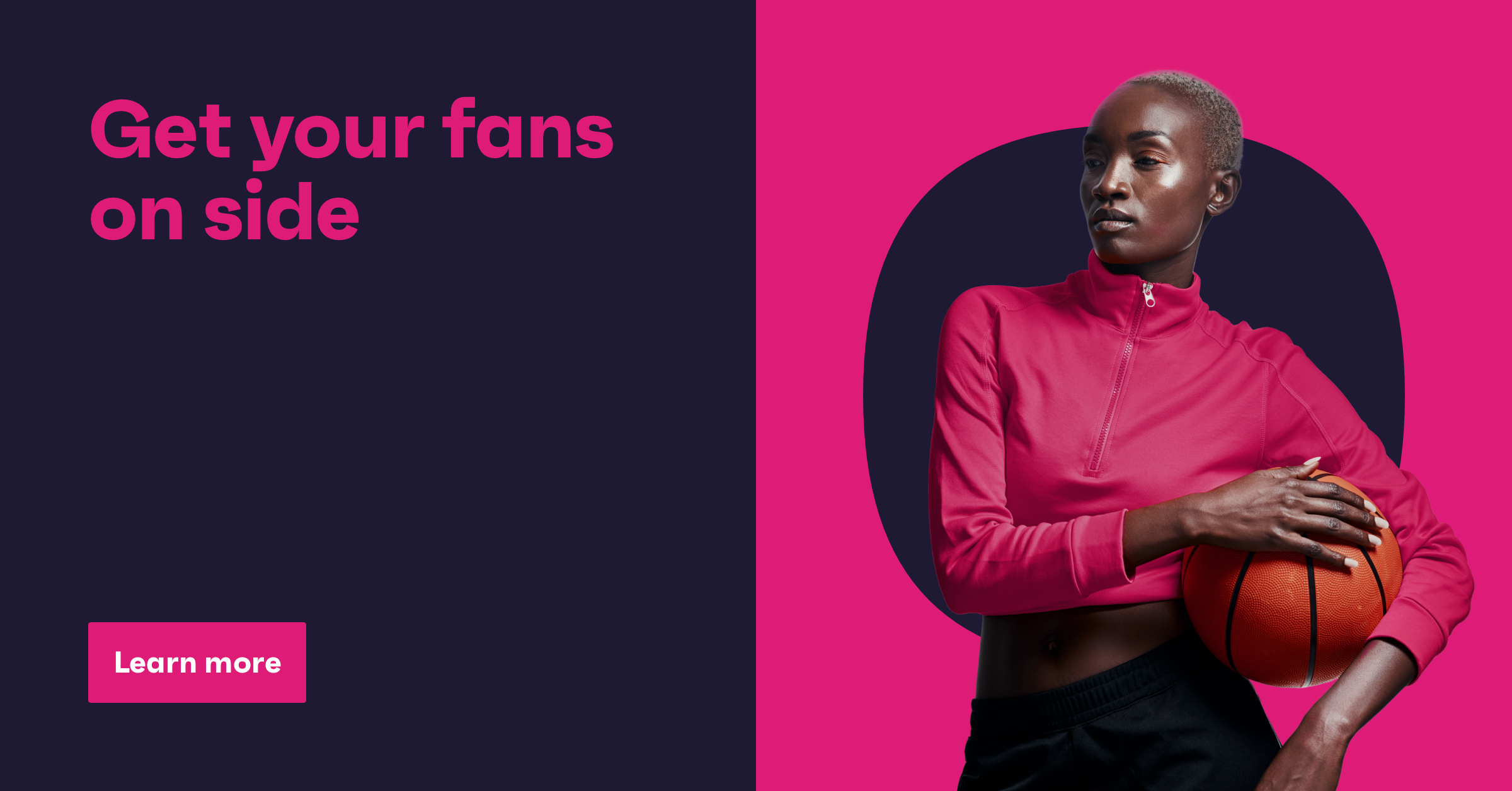