There’s always something new happening in advertising – we see new ad trends bubble up all the time. To be honest, if we didn’t, we’d be concerned. But the ad industry is a force to be reckoned with. It’s driven by talent that constantly experiments, makes a splash, and pushes boundaries.

With an ear on the ground, we’re watching the industry navigate the uncertainty of a cookieless future, keep up with the non-existent metaverse, and jump on growing media channels.

Here are some of the hottest conversations happening in the advertising industry this summer. And considering most of these trends are driven by consumers, we serve up insights that help you dive deeper into the shift and cool the confusion around them.

1. The metaverse: some consumers are ready, others are scared

If you were lucky enough to visit Advertising Week Europe this summer, you would’ve seen the word ‘metaverse’ plastered throughout its speaking program. And rightly so.

Let’s get one thing straight: the metaverse is confusing a lot of people. (Spoiler alert, it doesn’t really exist yet). Even still, it’s a massively hot topic. Why? Because brands want to know what consumers think about the metaverse, so they can figure out if they should use it (once it arrives).

To give you a brief history, metaverse-like environments have been around for some time. And they’ve mainly existed in the world of gaming. Roblox, Horizon Worlds, and Sansar are just a handful of examples. And while we can’t predict what the metaverse is going to look like once it’s in full swing, we know we’re a few years off from full-body suits.

For agencies and in-house marketers, that means campaigns won’t be mega metaverse-centric for some time. In the interim, we’ll likely have a phase of mobile-first metaverses or an acceleration of metaverse environments in gaming.

And gaming is a really big market for brands and agencies to tackle:

What we do know, thanks to our trusty data, is what consumers think about the metaverse right now. Our March 2022 Zeitgeist data shows that 33% of people are very/extremely interested in participating in the metaverse.

On the flip side, only 15% of consumers are not at all interested in participating in the metaverse.

And what’s holding back those who aren’t really vibing with the metaverse? Well, it’s a mix of things. 40% attribute it to a lack of interest, 39% say they prefer to stay in the real world, and 23% have concerns around personal data/identity theft.

We also know that consumers are twice as likely to say they’re curious online compared to in real life, which means when the time comes for brands, metaverse environments ought to cater to this.

Louder for the people in the back: audio ads are on the rise – like, big time. From Q1 2021 to Q1 2022, the fastest-growing sources of brand discovery were:

All but one of those are audio – which says a lot about the media channel’s growing strength.

The beauty of audio is that it can be enjoyed alongside other media – and quite often, that’s exactly what consumers do. For brands and advertisers alike, there’s a big opportunity here.

Take these stats from our Entertainment report, for example. 44% of fully-office-based or hybrid workers say they listen to music while commuting; of them, 38% browse social media at the same time. It’s no surprise then, that Spotify reported a 40% year-on-year growth in ad revenue in Q4 2021, which now accounts for 15% of its total revenue.

On top of that, programmatic advertising has now expanded to include audio, which means advertisers can serve ads into podcasts, digital radio, and music streaming services with the same level of targeting precision as they can online.

3. In-game advertising is a fortress, but there’s a way in

The world of gaming is a goldmine for brands. Around the world, console gamers are 22% more likely to buy brands they’ve seen advertised compared to the average consumer. And unlike other media forms, you’ve got to be paying full attention, so in the attention-recession, consumer engagement is high.

But as many advertisers will know, game developers are incredibly precious about what intrinsic ads sit inside their creations. And rightly so. Gaming is an immersive experience. Ads that pull a user out of the moment will jar any sense of escapism that developers have worked hard to make.

Speaking at Advertising Week Europe, Jonathon Troughton, CEO of Frameplay, an intrinsic video game advertising company, tells us how to make it work.

“You’re already inside of a really high-quality environment.” Gaming developers have spent years developing the game’s world, and when you’re assessing what type of ad creative will score a hit, you’ve got to opt for something that will align with the experience that the gamer expects. He continues, “Bringing things like logos inside of a game [that] actually connects the gamer to the experience so that it makes it feel more real, [can really drive to] immersion.”

Troughton also recommends using distinct imagery, avoiding busy designs, and keeping it simple. Plus, remember that gamers are moving around in the environment, so limiting text is key, as is being playful and authentic to the experience.

4. The cookieless future is wildly unclear. And execs are worried.

The death of the cookie will attempt to tackle a much-feared monster amongst consumers. Developed under the ‘privacy by design’ school of thought, killing the cookie aims to offer users more anonymity from the get-go. And that’s in demand.

In fact, our data shows that 42% of consumers regularly clear their browsing history, 25% regularly use private browsing, and 22% regularly decline cookies. Meanwhile, 20% regularly use a VPN and 32% worry about how companies use their personal data online.

So, what will it mean for brands? Across the board, advertising experts (who aren’t waiting for Google) are already coming up with new and innovative ways to bypass the cookie. For example, buying targeted ads has often relied heavily on third-party cookies, and so now, the future relies on one thing: getting more data. “And the only way to do that is by integrating with third-party syndicated data”, as we discuss in detail.

5. Agencies are becoming communities, and there’s a role reversal involved

Advertising agencies – and full-service marketing agencies – are stepping up the game. They’re working smarter, not harder, and winning new business without even pitching. How? They’re growing existing business, they’re positioning themselves as strategic partners rather than stand-alone services, and they’re making use of productization – which is seriously starting to trend.

And when that pitch overload hits them hard, they’re leaning on the power of data-rich storytelling.

So what’s next for agencies? There might be a role reversal on the horizon.

Speaking at AdWeek Europe, Bei Wang, Chief Metaverse Officer at Straight Fire says, “I think the best days of agencies [are] coming. And actually, you’ll change your name [from agency to] community.” Wang sees plenty of agencies trying their best to pitch to brands and there are so many processes involved – it’s resource expensive and agencies are competing against each other.

Her vision for the future? Agencies will become hubs. “[They’ll be] a community of creatives. You create your brand new story, and then you create your new IP or intellectual property, and then brands are going to come to you. So you don’t need to go and pitch to them. And they will come to you.”

Fikret Fetahovic, Chief Production Officer at Boomerang Agency has already started to do that. “That’s exactly what we are now doing.” He says the advertising industry is “trapped in old agency models”, and he’s trying to fix it.

Boomerang has launched what they call Future Talent. Fetahovic says, “At Future Talent, we want to have talent from all over the world, being able to access the brands that we have in our portfolio so we can work together, so we facilitate that place.” 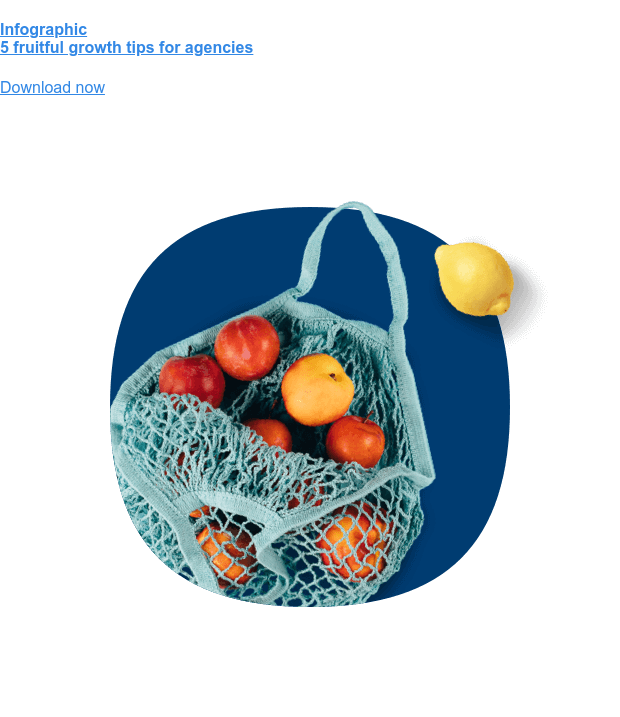