Are memes right for your marketing?

If you’ve clicked on this article, you’re probably aware of what a meme is.

Something quick and recognizable that you’ve seen before, maybe spliced into another context, endlessly sharable and reformattable, or sometimes crude in humor. Memes represent a snapshot into online culture at any moment – whether it’s a TikTok dance, Drake lyric, or a Spongebob Squarepants reference.

And, particularly for younger generations, memes are a kind of language in their own right; social media timelines are rife with Gen Z memeing their way through global pandemics, geopolitical turmoil, war, and economic crises.

Using data from our Core study and monthly Zeitgeist survey, we’ve analyzed why it’s integral that businesses understand meme culture if they want to engage with younger generations (and indeed, anyone who looks at them) on social media.

A brief history of memes

There’s a clear correlation between age and an understanding of memes. For generations who grew up without the internet, the very idea of a meme might be a foreign concept.

But that’s not necessarily the case.

Even 86% of baby boomers – a generation unfairly branded as “out of touch” – know what a meme is. The difference exists in how younger generations use memes compared to their older counterparts – baby boomers are nearly 7 times less likely to engage in the meme-related activities we track when compared to Gen Z.

Memes have been around for a lot longer than you might think – even during the age of boomers. What’s changed is the language, the formats, and the intent behind them. Meme culture has advanced beyond a medium to make people laugh, meaning it’s more important than ever to understand them and why consumers use them.

Which generations are meme-ing?

Over three-quarters of all consumers who engage with memes find them funny. They offer a quick dopamine hit while scrolling through social media feeds, but for the younger generations, memes aren’t just comedy – they’re a core part of how they communicate with each other.

Zoomers (aka Gen Z) identify with those who share their sense of humor above all else – they rank this factor 45% higher than those who are from similar cultural backgrounds, and 67% more than people who speak the same language as them. They’re also 19% more likely than the average consumer to identify with people who like the same things as them on social media.

It’s a sign of how these services have broken down traditional cultural barriers; with memes enabling like-minded people to connect with each other online.

That’s because it’s easier to package up a complex idea, ideology, or opinion into an easily shareable image or video clip.

Among young people especially, our data reveals this is important.

Almost three quarters of millennials and Gen Z use the format to express themselves. In this way, memes can be used to express varied emotions across an array of platforms. You can meme professionally for your LinkedIn network, or find your inner peace with a Pinterest moodboard. Sometimes, the only way to let people know you’re struggling is with a little self-deprecating humor – something Gen Z knows all too well.

Should brands be using memes?

Consumers are generally positive towards brands using memes. What’s different is how much more they resonate with young audiences, meaning brands have to keep up on the latest meme trends to avoid getting left behind.

As of Q3 2022, Gen Z spend around 3 hours a day on social media – 41% of their overall online time. In order to cut through the noise, it’s essential to communicate with them on their level.

Forget traditional advertising. “Classic” viral advertisements, such as the Cadbury’s gorilla, probably aren’t going to cut it with Gen Z. A lot of jokes are ironic, satirical, self-deprecating, or all of the above – and the nature of ‘what’s funny/trending’ changes all the time.

The early days of social media were a Wild West; brands were figuring out how they could use these new online touchpoints to reach a global, digital audience.

The instinct, to begin with, was to be professional; formal and corporate. While you might still get away with that today (depending on the platform), brands have largely come a long way since. So it’s safe to say, a varied approach is needed if you want to engage with Gen Z. They want brands to relate to their humor, being 18% more likely to say they should be funny, so nailing that tone is essential.

Consumers want brands to behave like they’re real people, not corporate entities. This could mean entering into uncharted waters for some – but because younger consumers expect brands to be young, bold and trendy, it’s necessary to be on the pulse of how they communicate online.

Denny’s, for example, was one of the first brands to embrace social media, creating a Tumblr page and letting off the shackles of corporate conventions to have a little bit of fun. People really connected with it; they were seeing a brand speak in a “human” way.
This naturally escalated to more companies becoming sentient on social media, expressing their greatest joys and fears, letting us know that there are real people behind the brand.

I can’t do this anymore

Now brands aren’t just fighting for market share, they’re fighting for precious online clout, goading one another with online personalities they’ve constructed. Fast food restaurants are at war not to have the tastiest burgers, but to be the edgiest restaurant on Twitter. Wendy’s, after taking pop shots at McDonald’s over the years, dropped a mixtape, while Arby’s had Pusha T write a diss track targeting the golden arches – twice.

But, of course, this all needs to feel organic, too. Younger generations like meme marketing fundamentally, but only if it feels natural.

We wouldn’t want our banks making jokes about inflation, for example.

So a lot of brands have to find a tone of voice which works for them when they’re “sh*tposting” online. The discount airline, Ryanair, has seemingly got this down, opting to satirically roast customers and public figures alike; positioning its tone alongside its no-frills, stripped-back service offering.

And here in lies the double-edged sword of brands memeing their way into relevancy. These online interactions can just as easily expose a marketing team’s meme-literacy, as they can make them heroes in the eyes of zoomers.

Attempts to look in touch can sometimes backfire. Just recently, HM Treasury started a Discord server in an attempt to tune a younger, online generation. But for a government body, communicating on a (primarily) gaming platform didn’t seem to line up. Gen Z can feel pandered to by brands that don’t feel sincere in their messaging, leading to a “fellow kids” moment, or worse – the outright rejection of the brand’s messaging, as the internet sees right through the facade.

There’s also a time window that is necessary to hit in order to make your memes resonate. The shelf life of a meme can be as short as a few hours, burning out as quickly as it rises. Too much red tape within a business means that waiting for sign-off can also mean missing out on that sweet, sweet engagement.

Remember when everyone was talking about Adam Levine’s texts? That was just a couple months ago. Two days later, everyone moved on to the next big thing. Gen Z is as engaged as they are fickle – they’re 10% more likely to have recently unfollowed or unliked a brand account on social media.

Miss the mark on a hot trend and all of a sudden your #relatable brand is cringe, and out of touch. Know what your consumers are actually interested in by using GWI, and you’re in for a treat. 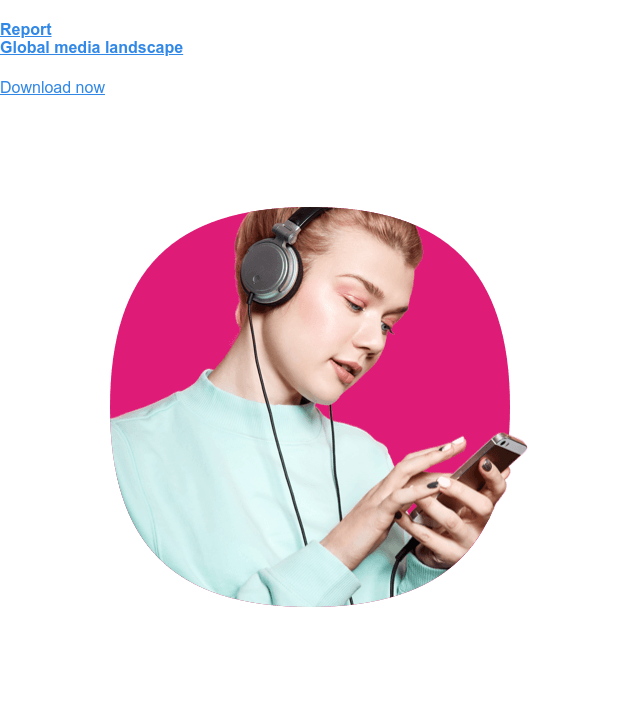