Here at GWI, we track ownership of ten different connected devices – from smartphones, laptops and tablets to streaming sticks, wearables and consoles. On average, the typical digital consumer now owns 3.64 of them.

As you might expect, this is subject to variation across the demographic splits. By gender, for example, men have a very slight lead over women. By age, the differences are much greater – with the 25-44 age group the clear leaders for multi-device ownership. Although 16-24s are typically the most enthusiastic about using connected devices – and spend the longest time per day online on a mobile – it’s clear that financial limitations are holding this group back from purchasing other devices.

The income split is more predictable, with the top quartile having a broad lead over less affluent groups. On average, in fact, wealthiest consumers have one extra device compared to the lowest quartile. 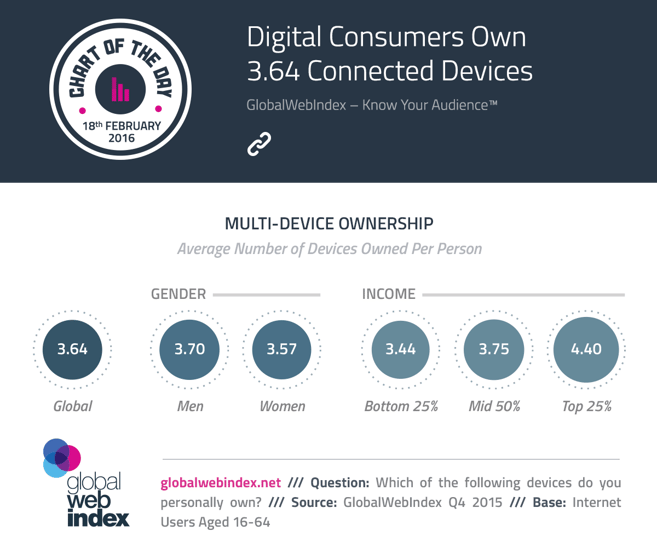