Back in June, Amazon extended its introductory Prime Video offer across all global markets, where its streaming service would be available for $2.99 for the first six months. As Amazon and Netflix continue to go head-to-head in international markets, today we look at how these big names perform across the globe.

Amazon needs to retain its focus on customer acquisition if it wants to rival Netflix in any major way. According to our latest research, there’s now 20% of internet users who are using Amazon Prime Video each month, whether on their own account or via someone else’s. But this is still a distance behind the 37% who say the same about Netflix.

Amazon acts as a real challenger to Netflix in APAC (thanks to its impressive usage in urban India, where the service has been priced significantly lower than Netflix), but remains a more minor force in Latin America. Elsewhere, it’s impressive that a quarter in North America are using Amazon Prime Video each month, although this is still overshadowed by the 61% posted by Netflix.

By market, Netflix has a firm hold on the Americas, while Amazon performs most strongly in the markets where it’s been available for the longest (the US, UK and Germany). But as the example of its free trials and heavily discounted offers in India has shown, it can make a big impact in those new markets where it is willing to price itself aggressively. 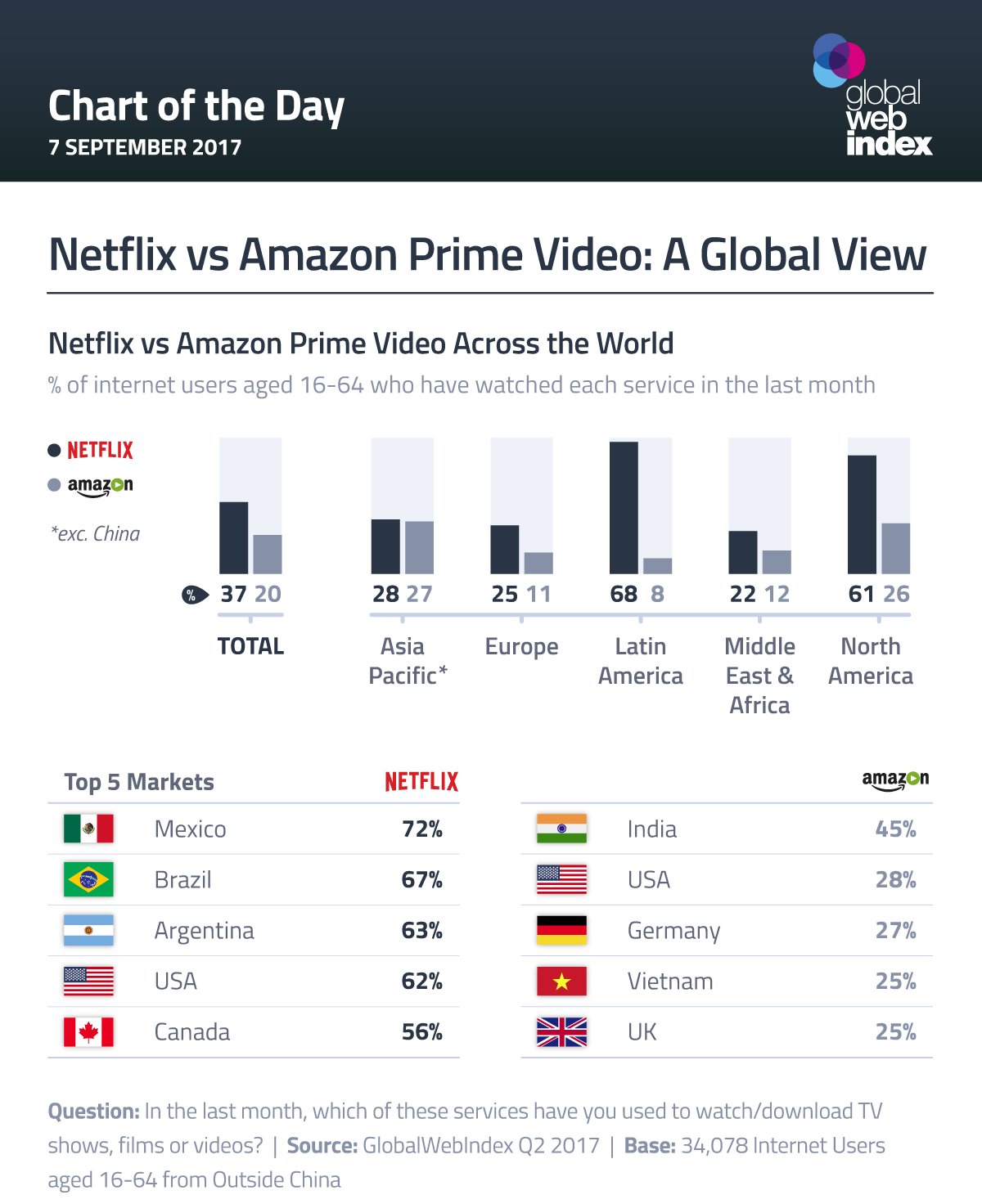