50%+ in the Americas Watching Netflix

Last week, Netflix caused a flurry of discussion when it announced third quarter results that exceeded both its own, and analysts’, expectations. Consequently, Tuesday’s chart looks at Netflix’s success in certain markets as well as the opportunities that exist for it globally.

Netflix’s strongest markets are in the Americas, where the platform can claim that over half of internet users are watching the service. Widespread account sharing and free trials mean that far fewer are paying for this privilege, but the vast reach that Netflix has is one of its key strengths. A viewer who is watching via a friend’s or relation’s account does after all have the potential to become an account holder themselves at some point.

And while Netflix’s viewing figures in the rest of the world may remain modest in comparison to those seen in the Americas, the service’s aggressive global expansion may well see these numbers tick up in coming quarters. 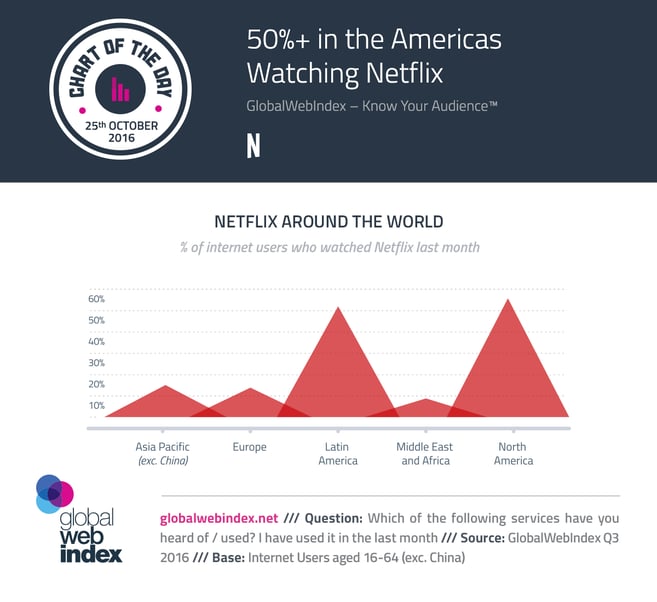