For our midweek chart, we preview more data from GlobalWebIndex’s new Mobile Messaging trend to look at the top markets for three of the leading chat apps.

A service like WhatsApp is typical of the 15 or so chat apps we track globally in that fast-growth nations tend to dominate the top 10. South Africa posts the highest figure of all, on an impressive 68%, but Malaysia, India and Mexico are not far behind. That’s a result of online populations in these countries being skewed towards young, urban and affluent demographics, who are at the very forefront of smartphone usage.

Snapchat is something of an exception to the prevailing geographic pattern, though, with mature internet markets accounting for the majority of the top 10. Usage among teens is also much higher than these overall adoption figures.

Elsewhere, the success of WeChat in APAC is typical of this being the region where Facebook’s two messaging apps face their biggest challenge. In fact, LINE is top in Japan, Taiwan and Thailand, BBM is wildly popular in Indonesia, Kakao Talk leads in South Korea, Zalo is significant in Vietnam and WeChat has the Chinese market sewn up. All this makes it pretty clear that APAC is the region yet to fully succumb to WhatsApp and Messenger. 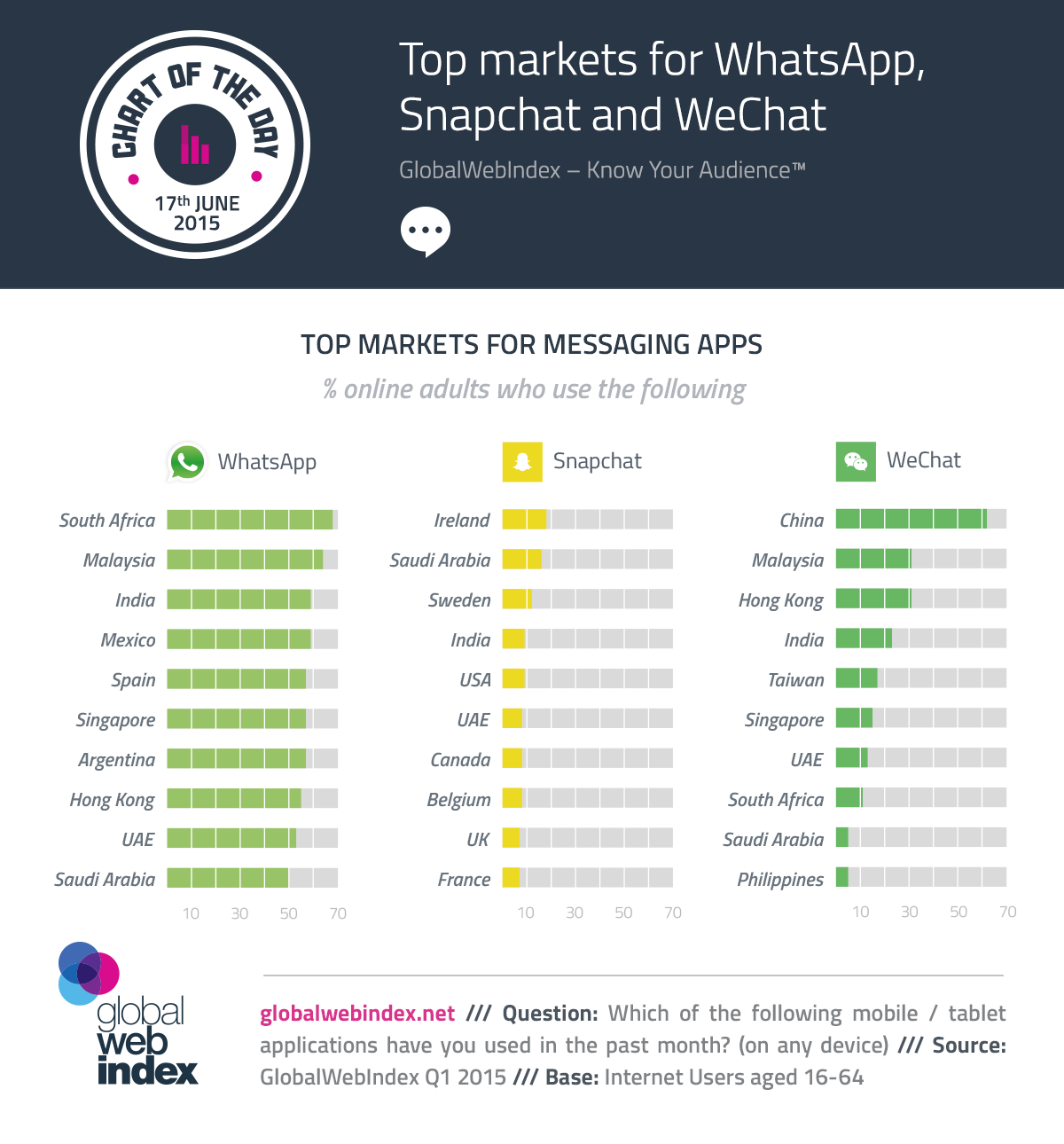