To kick off the New Year, we present another of GWI’s Trends for 2016 to look at the future of Social Commerce.

At the moment, social networkers are typically ahead of average for privacy-related measures such as ad-blocking or cookie deletion. That’s of more concern for some networks than others; after all, disable ads on Facebook and it can still show you a range of commercial posts based on what other users have liked (or are voluntarily sharing on their newsfeeds). Even so, there’s little doubt social commerce is an avenue that could open up a highly lucrative future revenue stream for all major social media services. The challenge here will be to convert potential into reality.

Globally, over a third of internet users say they are “following” their favorite brands on social media and almost as many say they use social networks in order to research products. But while networkers are comfortable using social platforms as part of their purchase journey, the desire to complete transactions on these sites is much less pronounced. In fact, just 11% of internet users say that being able to buy directly through a social network would encourage them to purchase a product – putting the “buy button” at the bottom of the 14 purchase drivers tracked by GWI.

With 2015 having seen Instagram, Twitter, Facebook and others all experimenting with social commerce options, it’s clear that 2016 is the year where we’ll see far more emphasis being placed on converting interest into actual purchases. Names like WeChat and LINE have already pushed social commerce into the mainstream in many parts of Asia; now, the contest to achieve the same in other world regions will be fought fiercely. 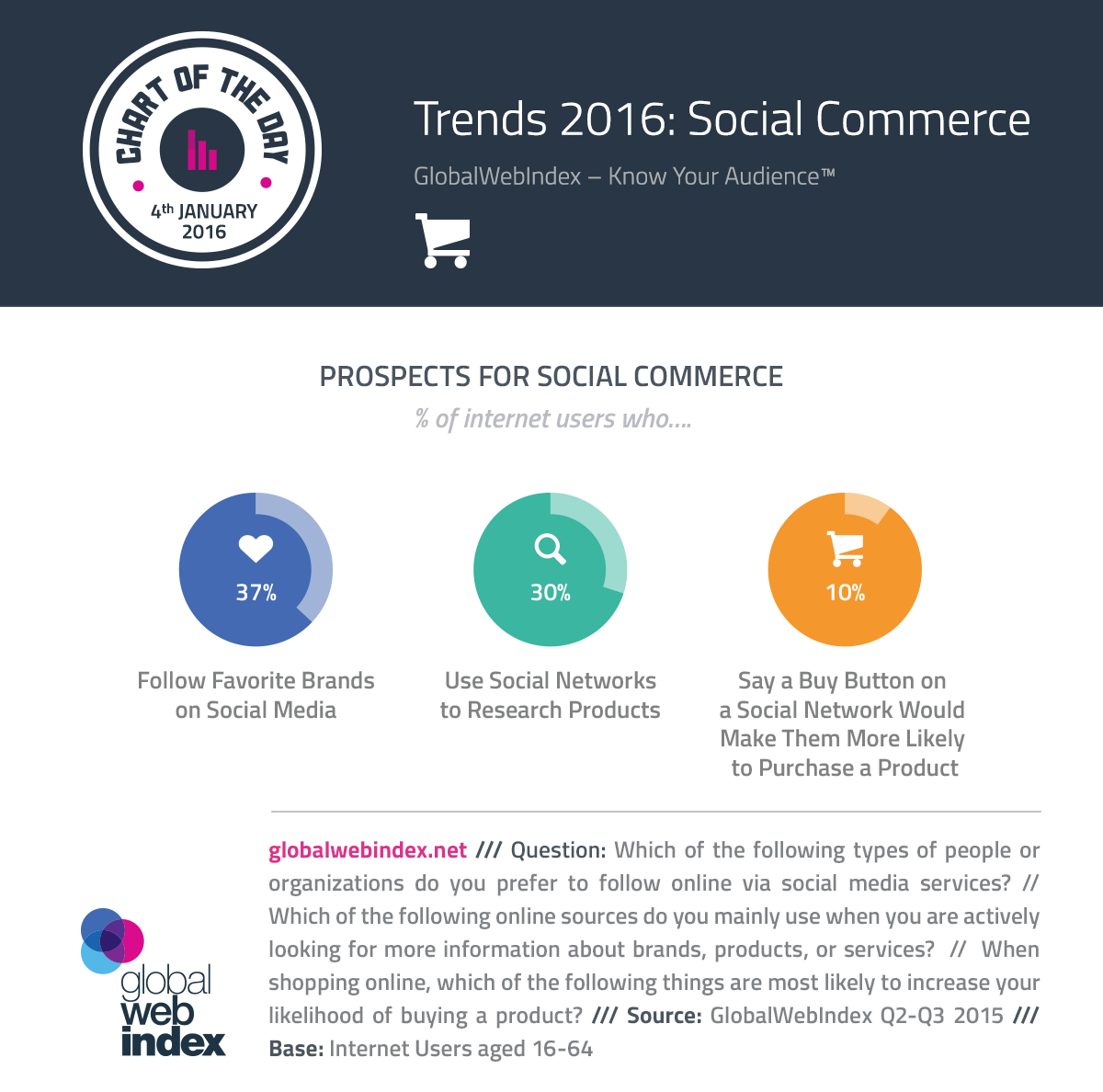