Demystifying AI and automation in the workplace

AI and automation are terms often shrouded in ambiguity. Like they’re some kind of mysterious robots from a Star Wars movie.

But they’re not as intimidating as they sound.

For those who are unsure what these technologies are: AI basically enables computers to think in a smarter way – it can analyze heaps of data, recognize patterns, and activate a response. Our smartphones use it for facial recognition as an example.

Automation refers to systems that are pre-programmed to follow basic rules, such as performing a routine, or other administrative tasks.

Various stories about AI taking over the world, and automation eradicating our jobs have made the rounds over the years, leading to a level of caution around the impact this technology could have on our lives.

And while it will likely affect some jobs to a degree, it’s also likely to be a catalyst for new jobs being created in the long-run.

There’s no doubt the debate over its influence on our lives and jobs will rage on. But how do the professionals who actually use these technologies feel? What impact does it have on their role and in their wider working lives?

AI and automation will disrupt every industry.

Make no mistake: there’s not a single sector that’s going to be untouched by AI or automation, at least to some degree.

Using our GWI Work data, we can see this technology has already seeped its way into many different sectors:

Professionals in the technology and communication, financial services and manufacturing sectors are most likely to say their company uses AI and automation.

There’s often the misconception that automation in particular is mainly a disrupter of highly manual labor – industries such as manufacturing or construction.

But our data shows this isn’t true. For example, both AI and automation is heavily used in financial services for task automation, fraud detection, and better consumer interactions.

AI and automation also has the potential to revolutionize sectors that are under immense pressure, such as healthcare. As we covered in last year’s Consumer Trends 2020 report, digital health technologies like AI, robotics, and virtual health are vital to create a more preventative, proactive healthcare model.

COVID-19 has further accelerated AI’s role in healthcare; from using virtual AI-driven chat assistants to detecting and speeding up drug development for the virus.

Even among industries that don’t use automation to the same extent now – such as the government, management training and legal or law enforcement – there’s a clear appetite to use them in future.

While these technologies have the potential to disrupt many different industries, there’s certain company characteristics that influence levels of adoption.

As might be expected, companies that consider themselves as innovators – those who use products/service before anyone else – are much more likely to use AI and automation (around 68% say they do) compared to those that are late adopters or laggards.

Companies that are open to new ideas and processes are between 12-15% more likely to use these technologies than those who aren’t.

Bigger enterprises (501-1000 employees) are also far more likely to say they use automation and AI compared to Micro ESB’s* (1-20) or ESB’s (21-50) – likely because they have more resources to make it happen.

A very common perception is that automation will wipe out jobs. And while there may be some jobs that are made redundant to an extent, it’s not as doomy as it might sound.

Our data finds clear differences in revenue and employee growth expectations between professionals whose company uses automation vs. those who don’t.

For example, among professionals whose company uses automation, 54% say they expect to see moderate or significant workforce growth in the next year, compared to 37% of those who don’t use automation.

It’s a very similar story for revenue expectations too.

Generally, those who use automation are more optimistic about the future growth of their company.

Both AI and automation have the power to improve how people and businesses do their jobs, rather than removing the need for human input altogether.

For years Amazon has pushed to automate office work, but the purpose was not to eliminate jobs but to automate tasks – such as keeping warehouses stocked – so the company could reassign people to do more value-added work. For example, the company’s retail division workers were largely moved into product and program manager jobs.

Amazon Go, the company’s checkout-free store, was partly founded by an executive who was once in charge of the company’s pricing and promotions operation – all because machines helped to automate work in his old division.

As Amazon has demonstrated, wiping out jobs shouldn’t be the objective of any business when deciding to use AI or automation. Instead, the focus should be to make the business work more productively and use its employees time more effectively.

The basic idea here is that automation has the potential to open up previously unthinkable business opportunities, and possibly even create new jobs as a result.

Those who use automation are far more inclined to have a positive perception about its impact on their day-to-day job and the sector they operate in.

68% of professionals whose company uses automation believe the technology will have a positive impact on their day-to-day job and sector compared to around 40% of those who don’t.

That’s not to say the majority of those who don’t use automation will see it as having a negative impact. They’re actually more inclined to say it will have no impact at all.

We see a similar story when looking at sentiment by seniority. Those who occupy higher levels of management are generally more optimistic about the impact of automation on their job and sector. Meanwhile, lower level workers are more inclined to say it’ll have no impact.

Businesses need to educate employees about ways they might use automation to avoid any ambiguity that could arise from not understanding how the technology would be implemented.

Automation also positively impacts other areas of company life. For example, around 3 in 4 professionals whose company uses automation agree their company has the tools and systems in place to adapt quickly to industry changes. This drops down to just over half for those who don’t use automation.

This optimism extends into professionals’ rating of their company across a number of different measures.

Professionals who work at a company that use automation are far more likely to rate their company as good/excellent across all 15 metrics that we ask about – including productivity, communication, collaboration, and career progression – than those who don’t use it.

This signals that companies who use automation have the potential to have happier employees – which might be down to increased productivity gains that allow employees to focus on more meaningful work.

And even though fears around its potential negative impact will continue to be there, it’s clear that adopting technologies like automation can result in a wider positive business impact that shouldn’t be overlooked.

What the future holds

At a time when COVID-19 has caused major disruption – such as the need to keep workers socially distanced while maintaining operations – AI and automation could be key. This is because it can reduce the need for manual input while increasing productivity and company resilience needed to weather the crisis.

At the end of the day, almost all industries will be touched by AI and automation to some degree. It’s not really a matter of if, but when.

Professionals should really focus on what they can control, such as upskilling and new opportunities for learning. Not because AI or automation is coming for their job, but because the ever-changing economic climate calls for it. 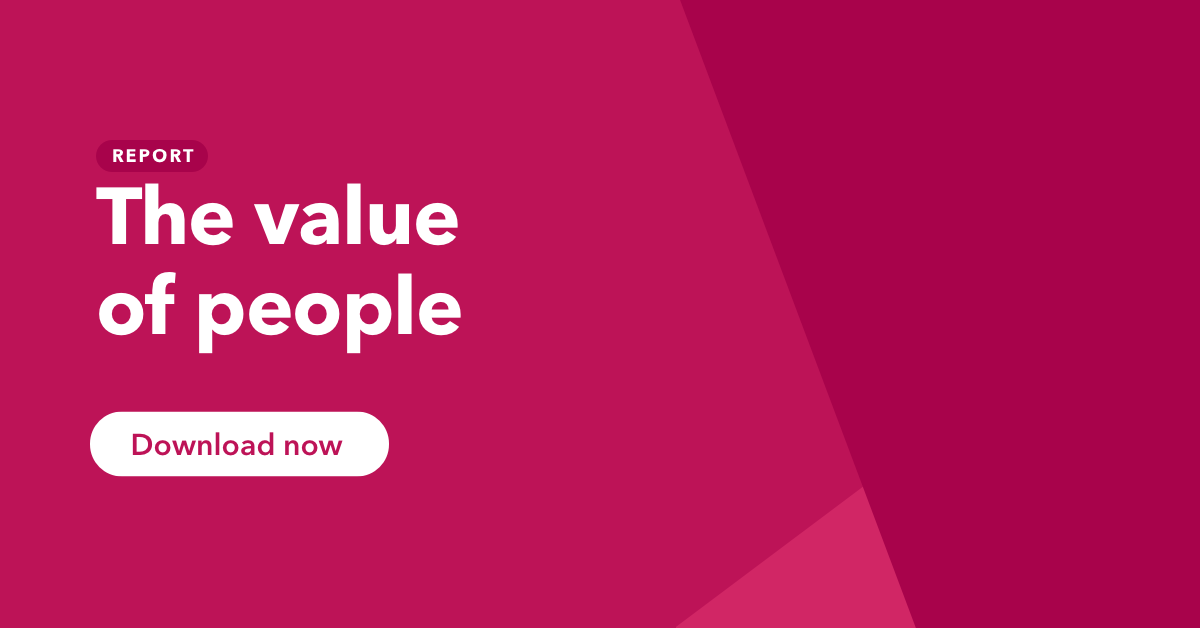