How TikTok is changing the music industry’s tune

TikTok’s growing influence on the music industry is undeniable. It’s given music enthusiasts a voice and democratized the business.

The platform’s responsible for uncovering hidden demand for sea shanties – centuries-old songs traditionally sung by sailors. The trend was initiated by former postman Nathan Evans, who responded to fan requests for him to cover the sleeping genre.

After racking up millions of views, Nathan signed a record deal and his first single reached number one in The UK’s Official Top 40, joining Lil Nas X’s “Old Town Road” and Fleetwood Mac’s “Dreams” in the club of songs that have been broken or rediscovered through the video-sharing app.

All the signs point one way: TikTok’s no one-hit wonder.

It’s now a powerful intermediary between influencers, singers, and record companies – one that gives users the power to co-create music trends and put a fresh stamp on how songs are portrayed by labels.

Here, we profile the attitudes of TikTok users to gain a better understanding of how they relate to music.

Whether you’re a brand marketer or agency looking to find content that resonates with TikTokers, a record label seeking clues into the future of music consumption, or a streaming service after more intel on off-platform listening, we hope the insights here can provide some useful inspiration.

TikTokers aren’t just passionate about the music business, they want a stake in it.

Between 2017 and 2020, the portion of internet users saying they typically prefer to control the music they listen to increased by 5%.

Though not a huge shift, it’s a sign more consumers are taking charge of their music preferences and becoming less dependent on tailor-made playlists.

But like the rest of the online population, they want to curate their own music collections and drive the discovery process, rather than rely on algorithmic recommendations: 50% of TikTokers most like to listen to their own playlists – which ranks top on a list of 12 different types of music and audio content.

Yet, the preference for their own playlists is on par with the global average.

What sets TikTok users apart is their fondness for bestsellers, mixes and covers, and playlists created by celebrities or friends.

TikTok’s new ‘Playlists’ feature panders to this by enabling creators to group clips into themed collections for fans.

At the end of the day, TikTokers are on the hunt for examples of creativity, with over a third listening to music in the hopes of inspiring their own.

Compared to other social media sites, TikTok has a high ratio of creators to viewers. Users aren’t passive listeners; they’re generally passionate about music and confident in its ability to usher meaningful change.

According to the CEO of IFPI, a new priority for record labels is nurturing the relationship of “artist and fan into one of creator and co-creator.”

Essentially, industry players should aim to transform music creation into a collective act and break down any barriers to participation.

TikTok users are 23% more likely than the average to say the feeling of taking part would motivate them to promote an organization online, so labels should follow in the example of artists like Dua Lipa, who asked TikTok fans to help create her new video by dancing to her tracks.

For marketers, the key takeaways are broadly similar.

43% in this group listen to music to express individuality and many will expect their favorite brands to make authentic choices on the app. The sounds showcased should convey personality or purpose, rather than simply being plucked from a list of popular hits.

And TikTok is constantly introducing new creative options. Most recently, it added a ‘Music Machine’, enabling users to create music from different drumbeats and sounds as they record.

These tools will help brand messaging blend into the platform and make it easier for companies to produce high-quality content without having to invest too much time or money, so now’s a prime time to start experimenting on the app.

Livestreaming’s big on TikTok, as is promoting live music.

While music is often about expressing personality and standing out, there’s another side to it, which we’ve hinted at already: it brings people together and builds communities.

45% of TikTokers listen to music in order to share it with friends and family, and 42% to support their favorite artists.

Unsurprisingly, this audience is big on music events.

They’re especially eager when it comes to livestreaming, and as indicated by our data, are likely to drive the return of traditional live music.

Let’s take livestreaming first. Around a third of TikTok users cite watching livestreams as a main reason for using social networks, and they’re 28% more likely to say this than the average.

Finding like-minded groups and connecting with good causes is also significantly higher on their list, which tallies with their eagerness to support local artists.

Many TikTokers want a close relationship with their music heroes and to have a personal stake in their success.

This is particularly important at the moment as many performers need COVID-19 relief support. Alongside asking for advice on music, labels like Universal Music Group are putting the spotlight on touring artists, whose careers have been put on hold for a full year.

Luckily, livestreams have been a boon to artists and concerned TikTokers.

A Justin Bieber TikTok concert was streamed by 4 million on Valentine’s Day; and while concert livestreams are still relatively new to the platform, its live feature enables all artists to engage with their fans in a more up-close and casual way, by offering exclusive clips or behind-the-scenes footage.

What’s more, with a significant number of users always on the lookout for music events, opportunities to promote traditional tours on the app are multiplying.

Across seven countries, 41% of TikTok listeners said they felt comfortable going to large outdoor events at the end of 2020 (compared to 32% of all consumers), and over a quarter had either booked or were planning to book concert tickets in the next 3-6 months.

With going abroad generally off the cards, many U.S. and UK TikTokers were planning domestic holidays, walking trips, and staycations in January – which adds fuel to new offerings like Spotify’s in-car entertainment system.

Many TikTokers like to explore the world, and livestreams can’t ever replace in-person experiences. They merely offer another avenue for users to do what they do best: interact with artists, discover hidden gems, and eventually push them into the limelight.

TikTok’s disruption to the music industry is shaping culture – fast.

It’s crucial for streaming services and labels to track the genres gaining more traction on TikTok than among the rest of the online population; because as we’ve seen in the case of sea shanties, these have the potential to come from nowhere and disrupt the official charts.

K-pop became linked with TikTok when an army of fans used the app to ensure a U.S. campaign rally was filled to less than a third of its occupancy.

And our data confirms the heightened popularity of K-pop among users, with 1 in 4 Gen Zs in this group admitting to liking it.

Other non-western genres like latin music and reggae also stand out, particularly when we break TikTok users down by region.

Across Latin American countries like Colombia and Mexico, rock is the top genre among all internet users, but it’s overtaken by latin music when we apply an audience of TikTok users.

Around 4 in 10 TikTokers listen to music to connect to their culture, and 47% say they use the platform to keep up-to-date with news/the world.

In Singapore, users are 89% more likely than the national average to listen to Tamil music, which is low on the country’s list of popular genres.

Not every music category will go viral, but the voice of TikTokers highlights areas of untapped potential.

TikTok listeners broadly fall into two camps: they either double down on music from other shores, or sounds from their own region. The category they fall into usually depends on location. In MEA, the top three most popular genres among TikTok users – relative to the overall population – are all Arabic.

But in many Western markets, K-pop is the most distinctive genre TikTokers listen to.

It’s also important for record and streaming companies to fit their tone of voice to the fandom they’re addressing.

Compared to other TikTok users, those who listen to categories like K-pop, latin music, or reggae are even more community-oriented and socially-conscious.

Music is often a political statement, and the creative addition of local issues has been a hit with these listeners in the past, notably when creators put their own stamp on right-wing hashtags by loading them with memes and videos of K-pop artists.

So, steering clear of social discussion can actually do more harm than good.

Anyone looking at TikTok, whether from a brand marketing or music distribution perspective, should pay attention to local trends, explore opportunities for domestic artists in other markets, and look to give overlooked or emerging sounds a fresh lease of life. 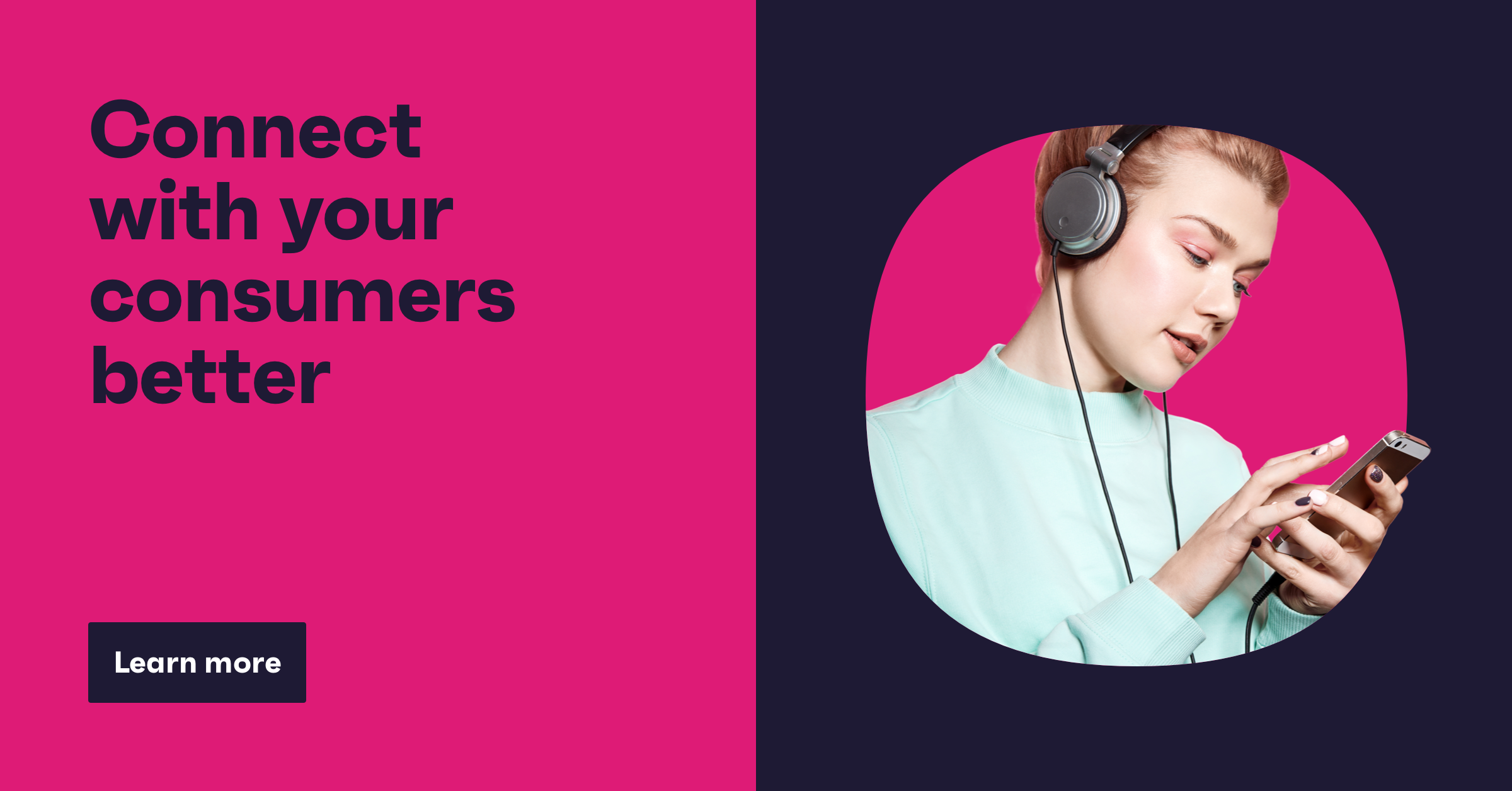