What to Know About YouTube on its 10th Anniversary

With its 10th anniversary fast approaching and rumors abounding that the site will launch an ad-free subscription service, here are four key trends to know about YouTube.

When tracking social platforms, understanding the different ways in which users are likely to engage with them is key. That’s particularly true for a service like YouTube, where many people are visiting the website and watching videos without ever signing in (or indeed registering). In fact, for those simply wishing to view content, not having an account in no way diminishes the user experience. 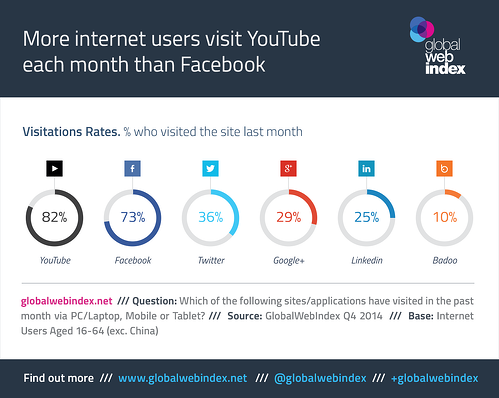 YouTube may be able to boast high visitation rates but when we turn to the more traditional metric of MAUs (monthly active users), its figures drop significantly. In fact, it’s only a quarter of internet users who consider themselves to be ‘active’ on the video site.

That YouTube has more than 3x as many visitors as it does individuals who think of themselves as active users shows that many see YouTube as a site to visit rather than a platform to contribute to or interact with.

Such passive forms of usage by non-logged-in visitors might frustrate an Atlas-style ad platform but the fact that YouTube can reach hundreds of millions of additional individuals beyond its active user base is very good news. 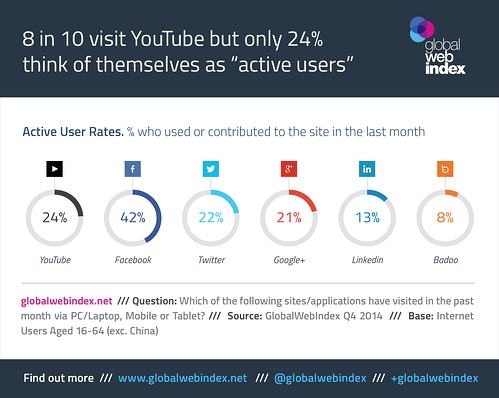 When we look at the quarter-by-quarter data for YouTube access by device, it’s clear that mobile is fast becoming the home of online video. 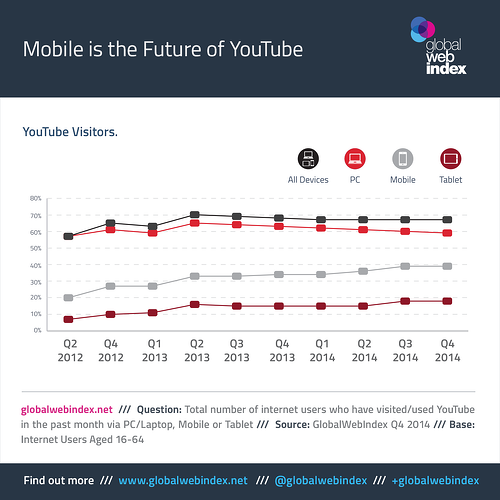 4. One third of YouTube visitors have used an adblocker in the last month

Adblockers present a significant challenge for YouTube, with online tools such as Adblock or uBlock preventing adverts from being displayed before videos and cutting into the YouTube monetization model.

Significantly, GWI’s research shows that one third of YouTube visitors are also regularly using adblockers. Usage peaks among younger users (one of the most important demographics for YouTube) as well as in mature countries. Clearly, more needs to be done to convince these users that advertisements can be entertaining, informative and, most importantly, unobtrusive. 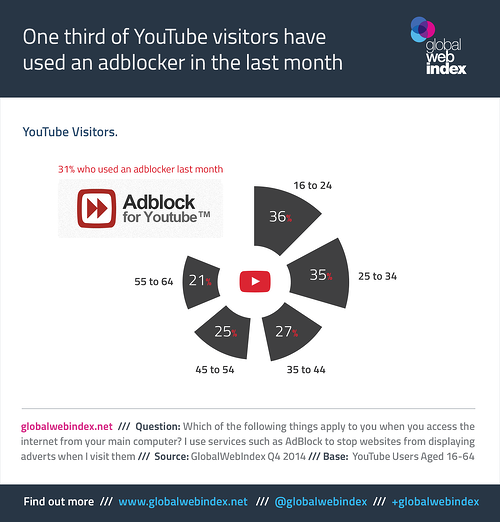 Want more detail on these trends? Download our GWI Social, Social Media Engagement or Online Privacy reports, or explore the relevant questions on our PRO Platform.