Campaign of the Month: Volvo – ‘Equal Vehicles for All’

With Cannes Lions 2019 in the spotlight, it’s prime time for celebrating creativity in advertising and marketing.

So this month, we’re doing something different, recognizing the most data-driven winner of this year’s festival.

These winners have not only been hailed for their creative and responsible use of data, but their focus on a global issue: gender inequality.

Awarded the first ever Cannes Lions Grand Prix for Creative Strategy, the integrated campaign by Sweden-based Forsman & Bodenfors proves how powerful research can be, not only in raising awareness but in driving people-first innovation.

Here’s why we chose The Equal Vehicles for All (E.V.A.) project by Volvo as our June campaign of the month.

Hinging their creative idea on over 40 years of research, Volvo’s Accident Research Team revealed through a compilation of real-world data what really happens during a collision.

The data, reaching all the way back to 1979, proved that women are more likely to die in a car accident than men.

The reason? Crash test dummies are routinely designed based on weight and proportions of the male body.

The problem? Safety features designed for men don’t provide the same level of protection to women and children.

The data was not only used to shape an award-winning awareness campaign, but it was also made available to other auto companies to help guide future car design.

Hitting the wider public with undeniable truths collected through analysis of over 40,000 cars and 70,000 passengers, the statistics showed that women, teens and children were more badly injured in car accidents than men.

Due to differences in anatomy, height and body strength between men and women, the research showed:

This is the message spread across the dedicated web page, strategically emphasizing the brand’s commitment to the thing that matters to all car buyers: safety.

As part of a global campaign to raise awareness on the issue, the E.V.A Initiative made its research accessible to all in a central digital library, showcasing Volvo’s people-first approach and urging others to follow suit. As the website states:

“Cars should protect everyone. Some people are less safe on the road than others. That’s why it’s time to share more than 40 years of safety research – to make cars safer for everyone. Not just the average male.”

Leveraging the ground-breaking findings, the campaign shows how Volvo has made it its mission to “make cars equally safe”, taking a different approach to ensuring safety, and creating innovative solutions that don’t cut corners.

“Cars are driven by people”, says Gustaf Larson, co-founder of Volvo. “The guiding principle behind everything we make at Volvo therefore is, and must remain, safety.”

“As a woman stepping into a car, you just assume you are as well protected as a man,” Sophia Lindholm, one of the creatives behind the campaign told AdAge.

“Unfortunately, this is not true in all cars — which is why Volvo wants to highlight this issue and actually do something about it.”

Pushing far beyond the typical boundaries of a creative campaign, this year’s winner cleverly combined tech and creative to spread an important message, and perfectly align it with the right brand.

The initiative not only proves the value that lies in uncovering impactful insight, but in actioning it.

While developing counter-measures to improve safety standards was key, it was in confidently sharing their primary research with other auto brands that solidified Volvo’s stance as a leading voice on the topic of safety.

Crucial to the whole campaign was promoting Volvo as a brand that “puts people first”. And by proving its dedication to the cause with rich insight, there’s no denying it’s one that takes action. 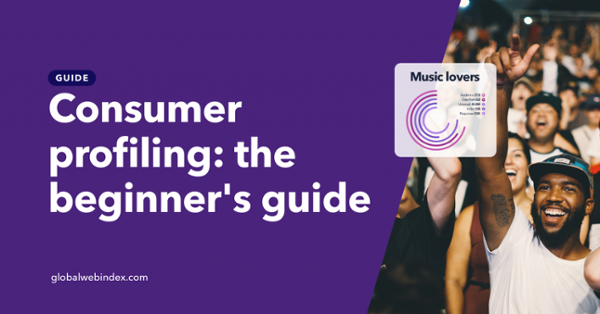