For our final Chart of the Day this week, we take a look at how many console owners are using their devices to watch TV shows or films.

While last-gen consoles have offered users the chance to engage with this content for some time, fierce competition in the industry has shifted the role of consoles into one which resembles a home entertainment hub, rather than just a way of playing a gaming title. So, it’s perhaps little surprise to see that it’s now 1 in 10 internet users who are streaming video this way, rising to 1 in 3 among console owners.

From another perspective, games consoles see some of the highest device sharing rates among those tracked by GWI, and so it’s highly likely that one subscription to a movie or TV subscription service (over 1 in 4 Console Owners are paying for this) will be shared among other household members. 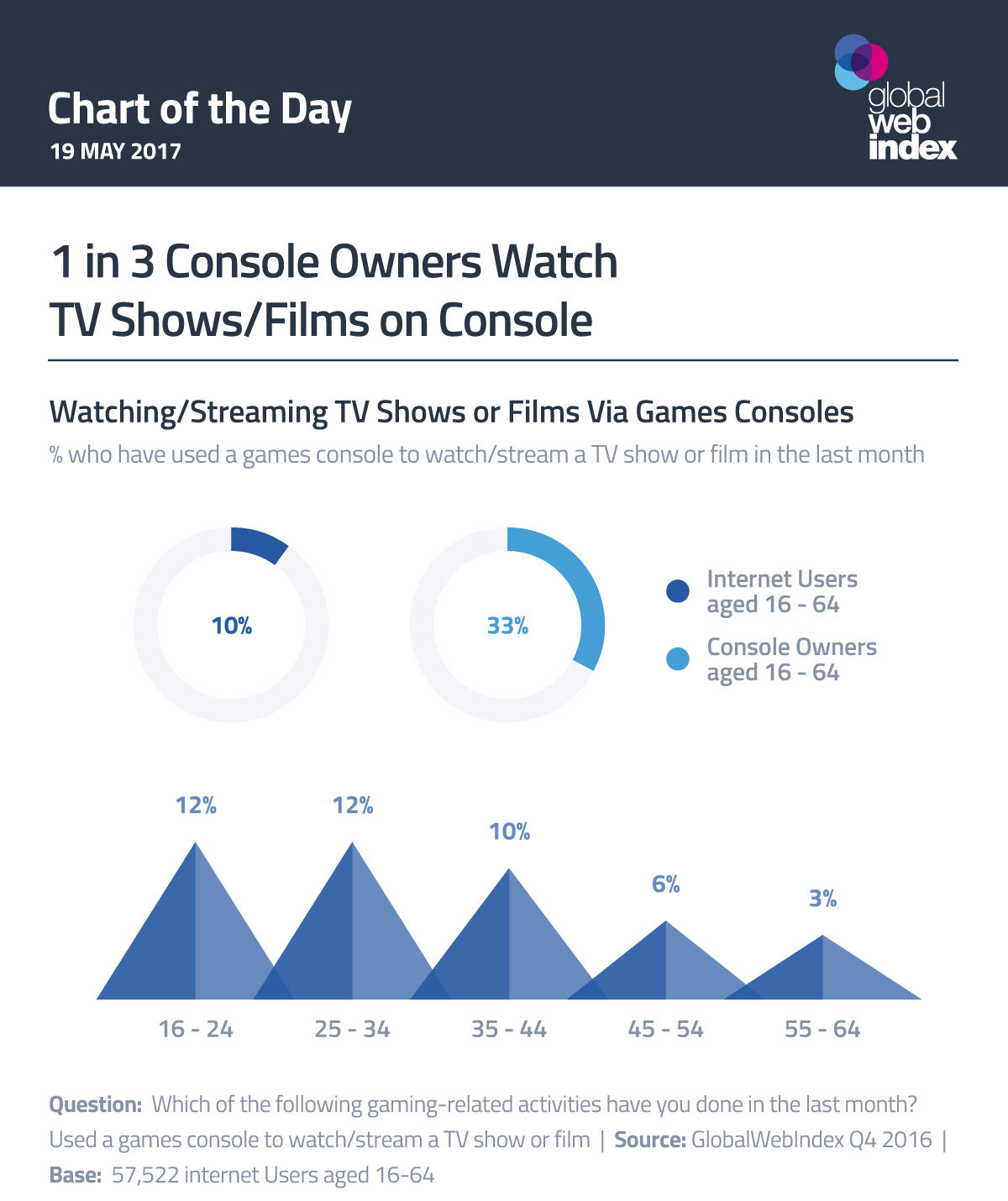