To mark the release of our new Spotify Profile Report, our final Chart of the Day this week takes a look at how many of its users are on other on-demand or content services.

Overall, Spotify is currently being used by 10% of online adults (with a further 12% reporting that they have used it at some point in the past). That puts it ahead of rival services such as SoundCloud, Pandora and Deezer. But whether it can retain pole position in the face of the challenge presented by Apple Music remains to be seen.

If any of Spotify’s users on its free tier sign up to Apple Music, it’s unlikely they will abandon other services altogether. But there’s much more of a threat for Spotify if Apple Music successfully tempts any of its paying subscribers to sign up. Certainly, Spotify’s paying customers in the USA and UK are much more likely than average to be using other on-demand services which require a subscription (79% of them use Netflix, for example, while 43% are on Amazon Prime), but it’s highly debatable as to whether they would be willing to pay for both Apple Music and Spotify given the significant overlaps in what the two services can offer.

Of special concern for Spotify here will be that 45% of its paying members use iTunes – showing just how easily Apple could reach almost half of Spotify’s paying customers. 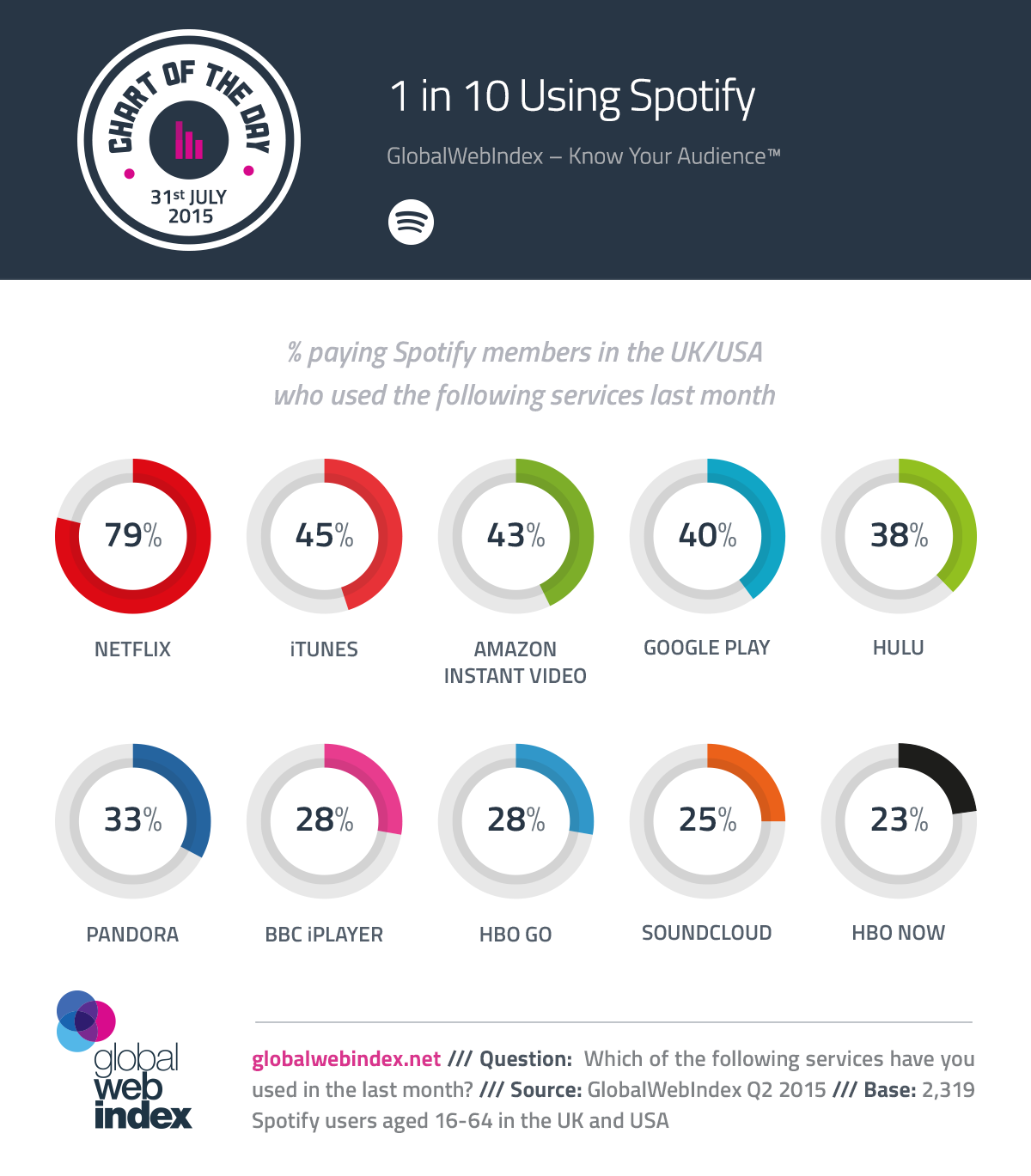