For our final Chart of the Day this week, we look at one of the major trends being tracked by GWI – the share of time spent online per day being captured by mobiles.

Not only did smartphone ownership surpass PC/laptop ownership at the beginning of 2016, but internet users are spending longer and longer amounts of time on their mobiles each day. Just over 1 in 3 minutes spent online each day are now on mobile, rising to over 4 in every 10 minutes online among the key 16-24 demographic.

Various factors are at play here. The rise of mobile messaging and mobile networking have given these users more reasons to frequently check their devices as they dip in-and-out of their main chat apps and social networks. However, the absolute figures for time spent online via PC/laptops are remaining relatively steady – it’s clear that mobiles are encouraging people to spend longer amounts of time online each day in total, rather than taking people away from PCs/laptops. 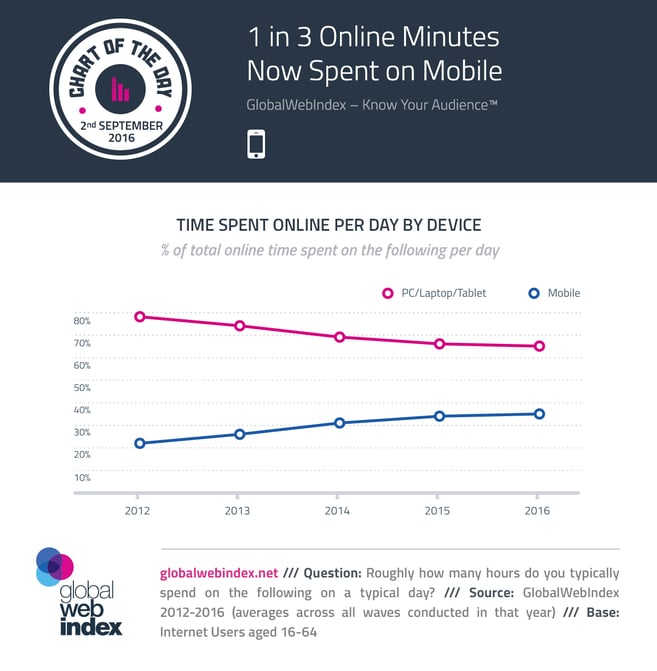