With the Apple Watch now on the wrists of millions of users around the world, Google Glass, one of the first devices to make a splash in the wearables market has been well and truly over-shadowed.

Having launched 2 years ago, Google’s wearable had many positives but a $1,500 price tag and a serious image problem meant that it didn’t make the impact Google wanted.

But GWI’s research in the UK/US shows that interest in Google Glass is still healthy. A quarter of internet users are still interested in using Glass, with figures reaching 40% among 16-34s. These numbers might be a little behind those for Apple Watch but they do show that Google Glass is far from dead and buried.

A re-launch of Google Glass is expected to come in Spring 2016 and Glass 2.0 has clearly taken some tips from the fashion-forward strategy of Apple Watch by teaming up with Luxxotica, a premium Italian eyewear manufacturer who make glasses for Ray-Ban, Oakley and Prada, among others.

If Google can fix its image problem, the opportunity for success is there. 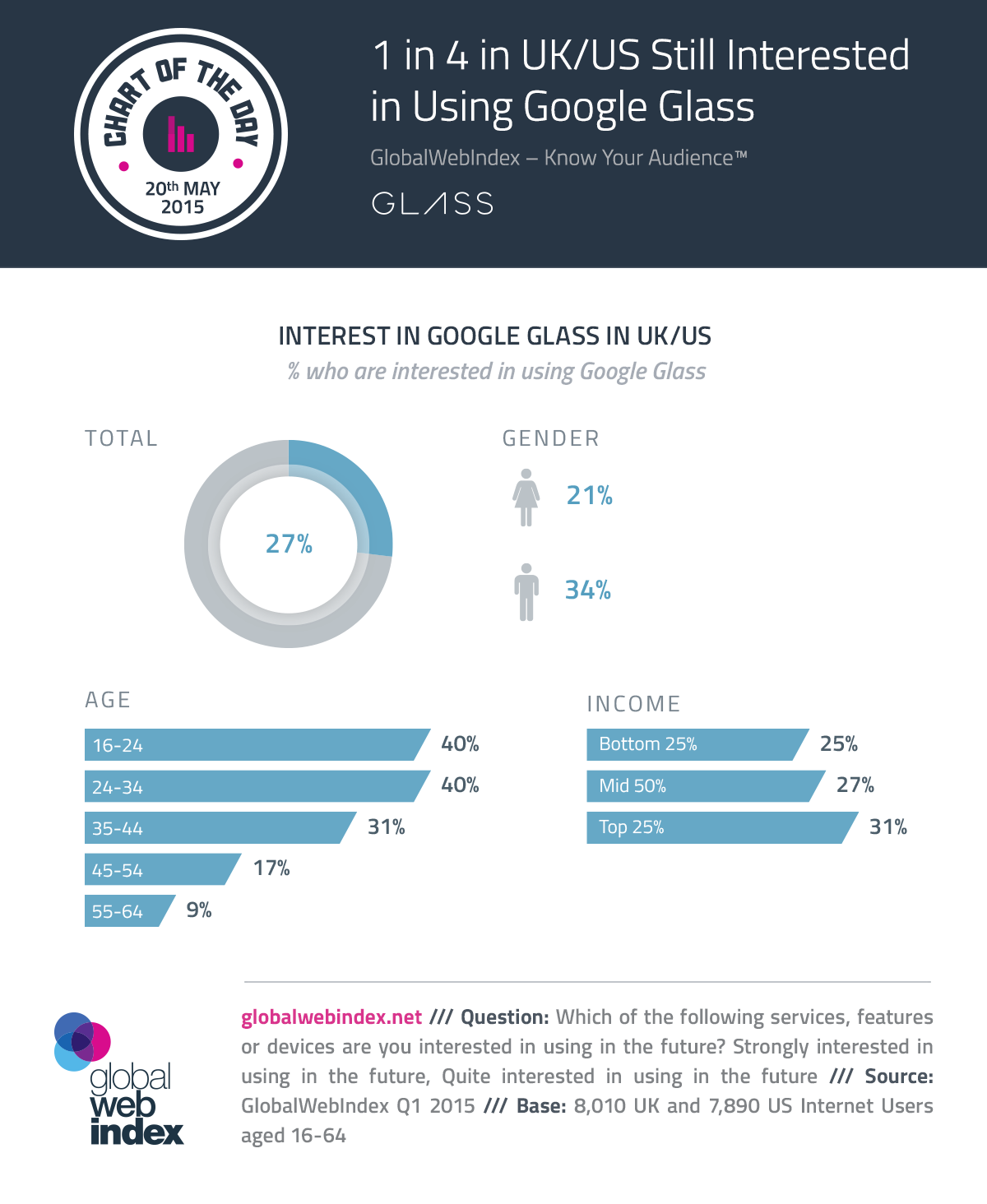