When Apple bought Beats Electronics last year for $3 billion, there was much speculation about exactly what it wanted from a brand that was most famous for making headphones. If, as expected, Apple launches a new streaming service at the WWDC in San Francisco today, it will show the true value of the Beats acquisition.

There are two questions that immediately arise here – can Apple really do without a free, ad-supported tier? And can it beat its biggest rival in the streaming world, Spotify?

Tomorrow’s blog will explore the rivalry with Spotify fully but today we look at those consumers already in the Apple universe who are willing to pay for music streaming.

Currently, it’s some 17% of iPhone owners who are paying monthly for music streaming, with a fifth of iPad users doing likewise. But, most importantly, 22% of internet users who used iTunes last month also paid for a music streaming service. It’s these users that Apple will be turning to first. Why pay $9.99 for one album, when $10 a month will give access to as much music as you want? 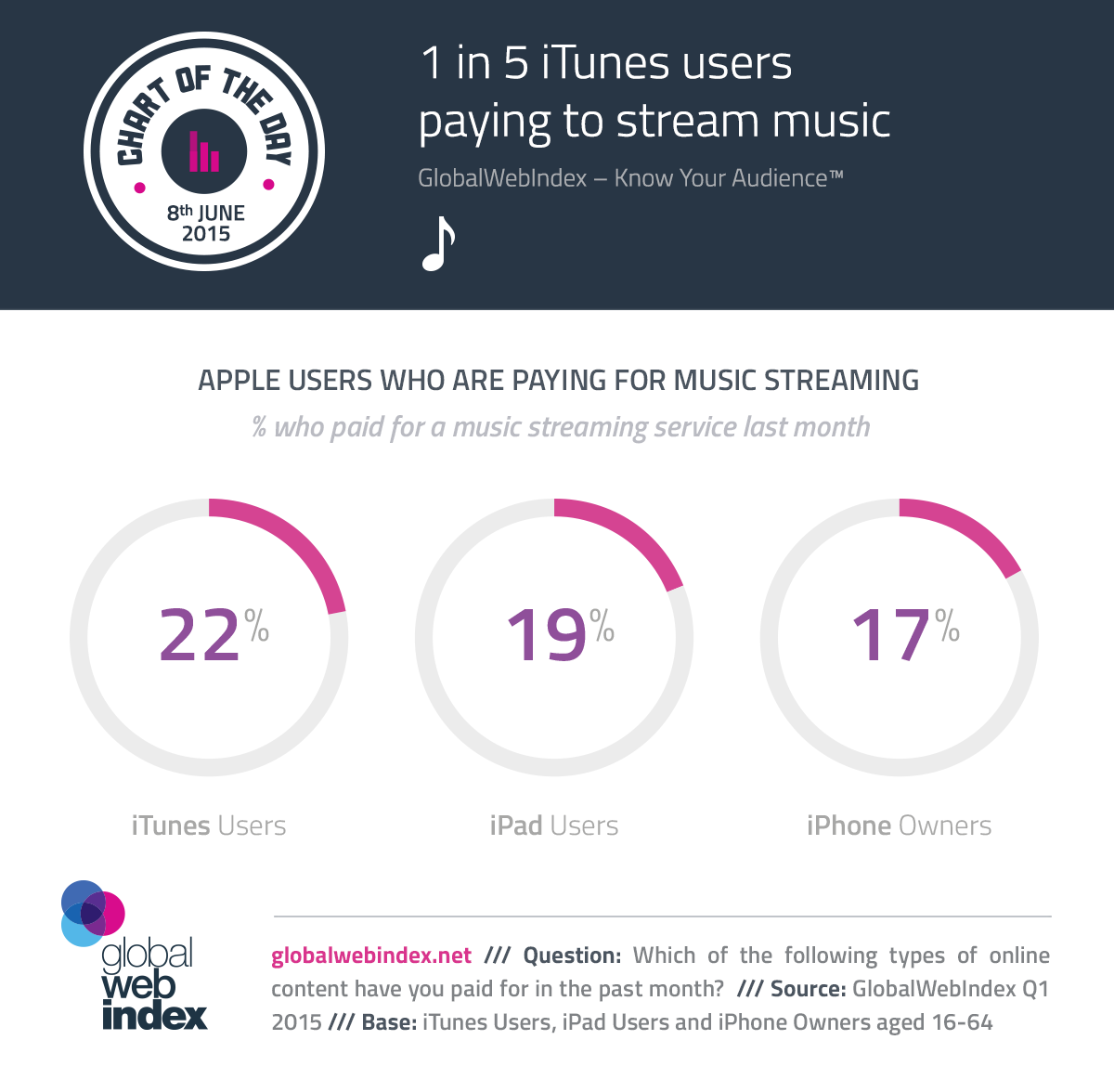