15% own a TV Streaming Device

For this week’s final Chart of the Day, we draw on data from our new Q2 2015 wave of research to look at ownership of TV streaming devices (devices like Apple TV or Google Chromecast that allow people to stream content to their television sets).

Globally, it’s now 15% who own a streaming device. From an age perspective, it’s 25-34s who have the lead; by gender, men are slightly ahead of women. Most predictably of all, the top income quartile are notably in front of the lower ones.

At a country level, it’s the US which is the top market for this trend; almost a quarter of online Americans now have a streaming device. But with places like India, Ireland, Brazil and the UK also scoring strongly, it’s clear that we need to be viewing smart TV and streaming device ownership figures alongside one another. We also have partial explanation for why so many more people own a smart TV than use it to connect to the web – for many, it’s these streaming devices which are plugging the gap. 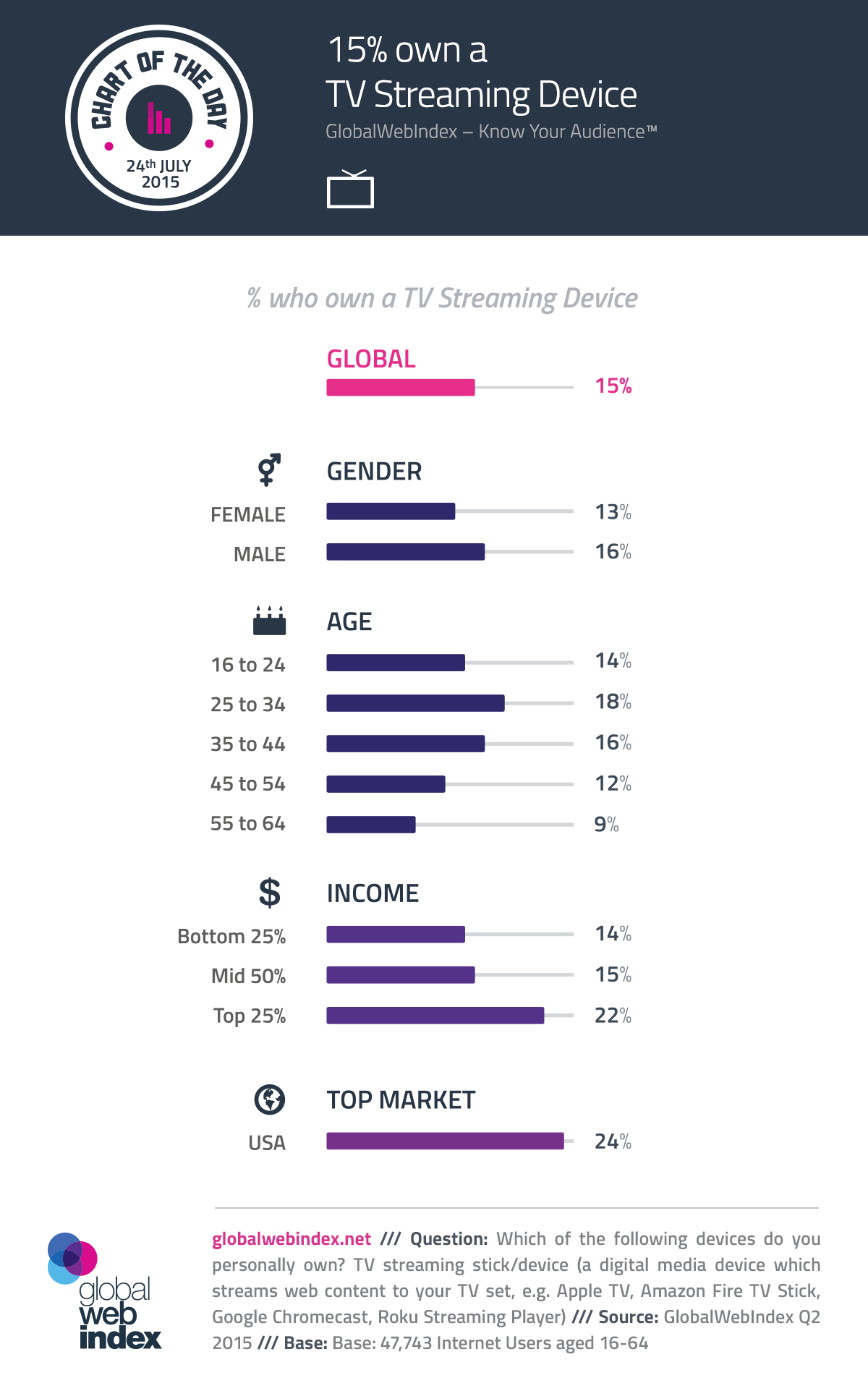