For Thursday’s post, we take a look at another of the trends featured in our end-of-year 15 for 15 report – which you can download here.

Globally, 58% of the online population now agree that they are concerned about the internet eroding their personal privacy (up from 48% in 2010). What’s more, this is an attitude which cuts across demographics, being felt by virtually all groups in equal measure.

People are not just talking the talk here, though; significant minorities are taking pro-active and evasive actions to protect their privacy and avoid being tracked.

Over a quarter of internet users say they’ve gone online using a VPN or Proxy Server, for example –a figure that translates to more than 420 million people aged 16-64 across the 32 countries surveyed by GWI. This is Generation V – nearly 3 in 10 of whom say they’re turning to VPNs in order to “keep my anonymity while browsing”.

Elsewhere, nearly half of the internet users we survey say that they’ve used a private browsing window. More than three quarters say that – at some point – they have deleted cookies from their computer so that websites will not remember them. Some 3 in 10 have used an ad-blocking service in the last month, and 2 in 10 have deployed and anti-tracking tools.

While none of these tools is (yet) mainstream, it’s still the case that a weighty chunk of the online population is becoming – and wants to become – increasingly hidden from view; they’re the “forgotten” internet users determined to shield their details and activities from media providers and advertisers alike. For any brand or marketer out there, this is a trend that’s going to make it increasingly difficult to capture full and accurate views of online audiences. 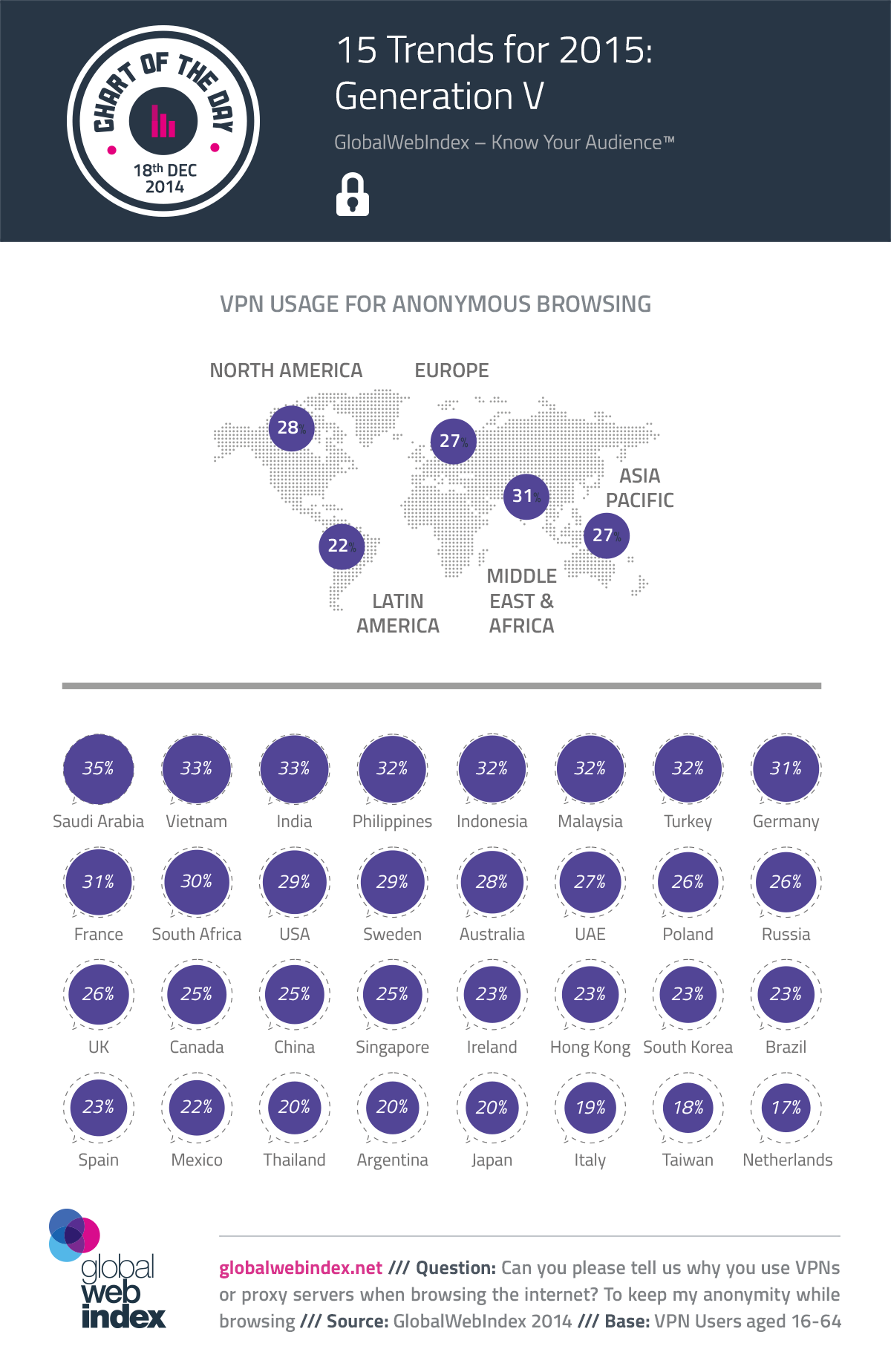