In this post we preview another of the trends featured in our 15 for 15 report – which you can download here.

We’re all used to hearing about the increasingly online nature of our daily lives as well as the shift from traditional to digital forms of media. But GWI’s long-term data shows that an important milestone has now been passed: 2014 marked the first time that, on average, younger internet users watched more than an hour of online television each day.

Of course, one (rather large) caveat is needed here: linear TV is not being abandoned. Despite consistent year-on-year rises for online viewing, traditional TV still rules the roost – accounting for the biggest share of our time each day and remaining our single biggest media activity by some distance. Globally, we still watch around 2.5 hours of linear TV each day; that represents nearly a quarter of our total media time and compares to just 0.70 hours spent on online viewing.

That said, it’s pretty important that the amount of time spent on linear viewing rises directly in line with age. In stark contrast, 16-24s watch four times as much online TV per day as 55-64s.

Age-based differences are even starker when these figures are converted to percentages: in the youngest group, a third of the total time spent watching television is on online forms (vs just 7% among 55-64s).

Linear TV might still be the most dominant force, then, but younger consumers are at the very forefront of the charge towards online entertainment. 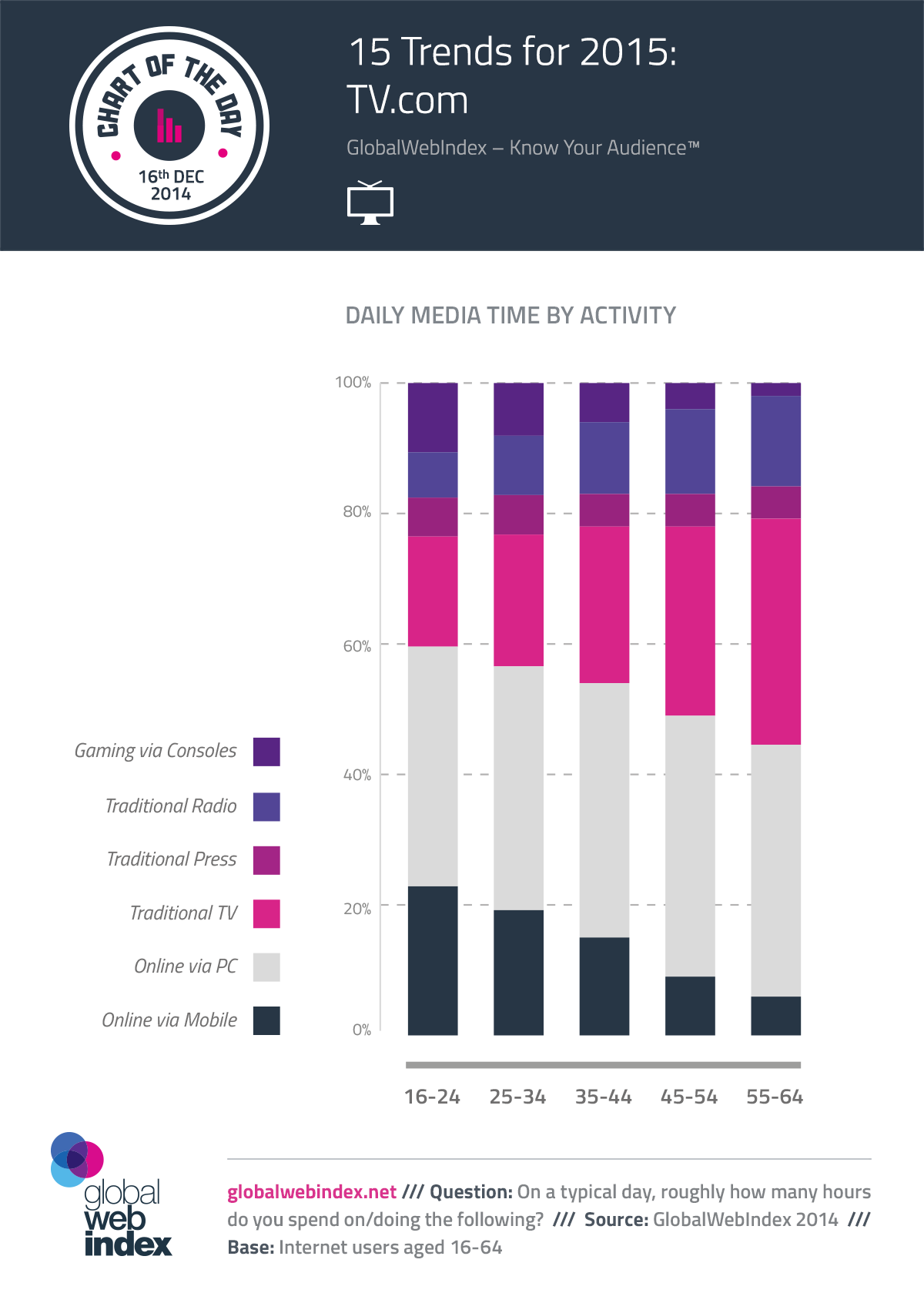