16-24s watching a third of their television online

For our first post this week, we continue our look at traditional vs digital media consumption – placing a spotlight on television behaviors by age.

Over the last three years, there has been relatively little change in terms of the amount of time that each group typically spends on traditional forms – indicating that traditional TV is continuing to hold its own.

But if we then turn our attention to television online, we’ve seen especially strong levels of year-on-year growth for the two youngest groups. Among 16-24s, for example, average daily viewing climbed from 0.82 hours in 2012 to 1.02 hours in 2014.

Convert this to percentages and the differences are even starker: in the youngest group, a third of the total time spent watching television is on online forms. By way of comparison, the equivalent figure among 55-64s is just 7%.

For further detail and analysis on this topic – as well as figures for individual countries – check out our new Digital vs Traditional Media Consumption report (a free summary of which can be downloaded here). 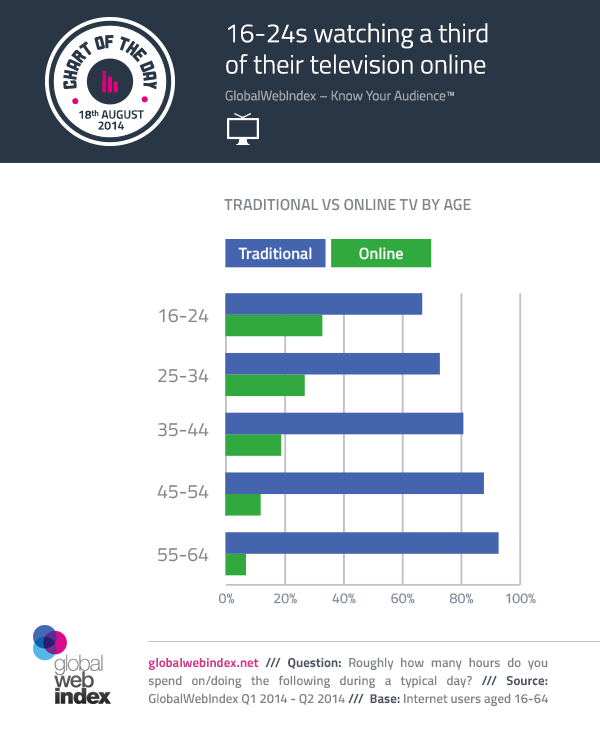