Snapchat might be growing in popularity among older age groups (with 25-34s and 35-44s accounting for an ever-larger share of the Snapchat audience) but, as our latest wave of research shows, it’s still strongest among the youngest demographics.

Outside of China, 1 in 4 internet users report having an account on Snapchat. Focus solely on 16-24s, though, and this figure jumps more than 20 percentage-points to 43%. What’s more, it’s in the more mature regions where Snapchat has been the biggest hit: usage among 16-24s reaches as high as 63% in North America, with impressive rates also seen in many European markets like Belgium, Ireland and the UK.

As these figures continue to tick upwards, it’s clear that Snapchat remains an ever-important channel for reaching the youngest demographic – even as older age groups catch on with the Snapchatting trend. 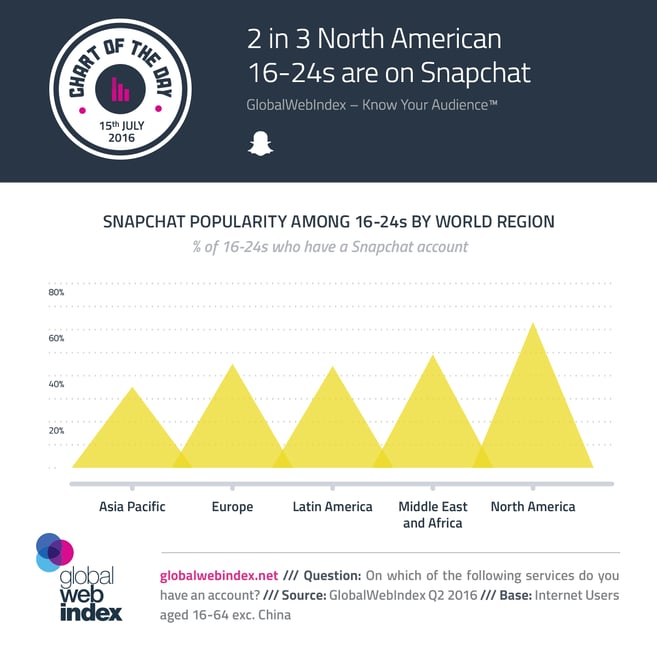