Now that SoundCloud has made another big step towards becoming a mainstream music platform by inking a licensing deal with Universal Music Group, today’s Chart looks at the service’s prospects for launching a subscription tier.

Such a move would be a natural development for the service and a clear boost to its revenue stream. Already, almost 3 in 10 SoundCloud listeners are paying for an online music streaming service – meaning they are 2.5x as likely as the average internet user to be doing this. And this figure rises to a third among the 25-34 age group.

Currently, most of this revenue will be going to rival service Spotify – 36% of SoundClouders are also using it. But with 1 in 3 using Deezer, the French service represents another challenger. 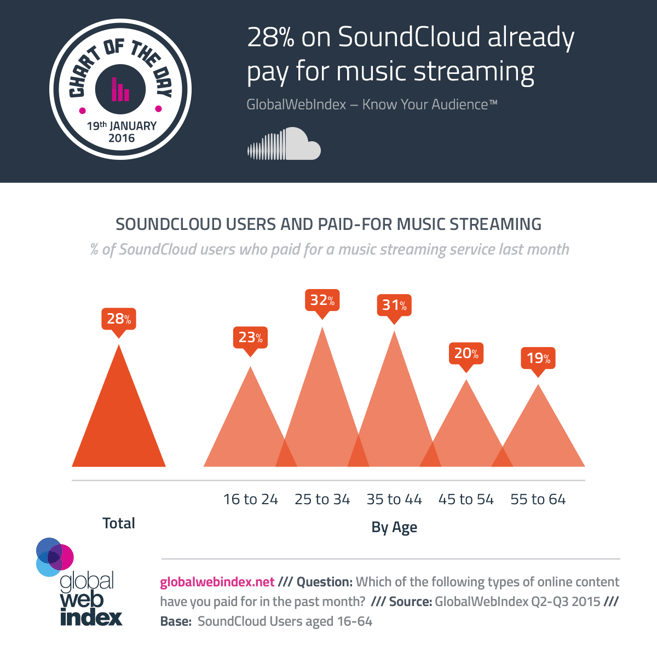