Tuesday’s blog looks at one of the most important subjects from our new GWI Entertainment report (download a free summary here) – online vs linear/broadcast TV.

Last month, half of online adults watched TVoD and a fifth watched Netflix. This popularity is reflected in the amount of time internet users are watching online TV per day – which has increased by 25% from 2012 to 2014.

Online TV still has some way to go before it challenges linear television but younger internet users are pushing the shift to digital; on average 16-24s now spend more than an hour watching online TV each day.

Internet users in emerging markets are also leading the way. In China and Thailand, time devoted to online TV is almost at parity with that captured by linear television. 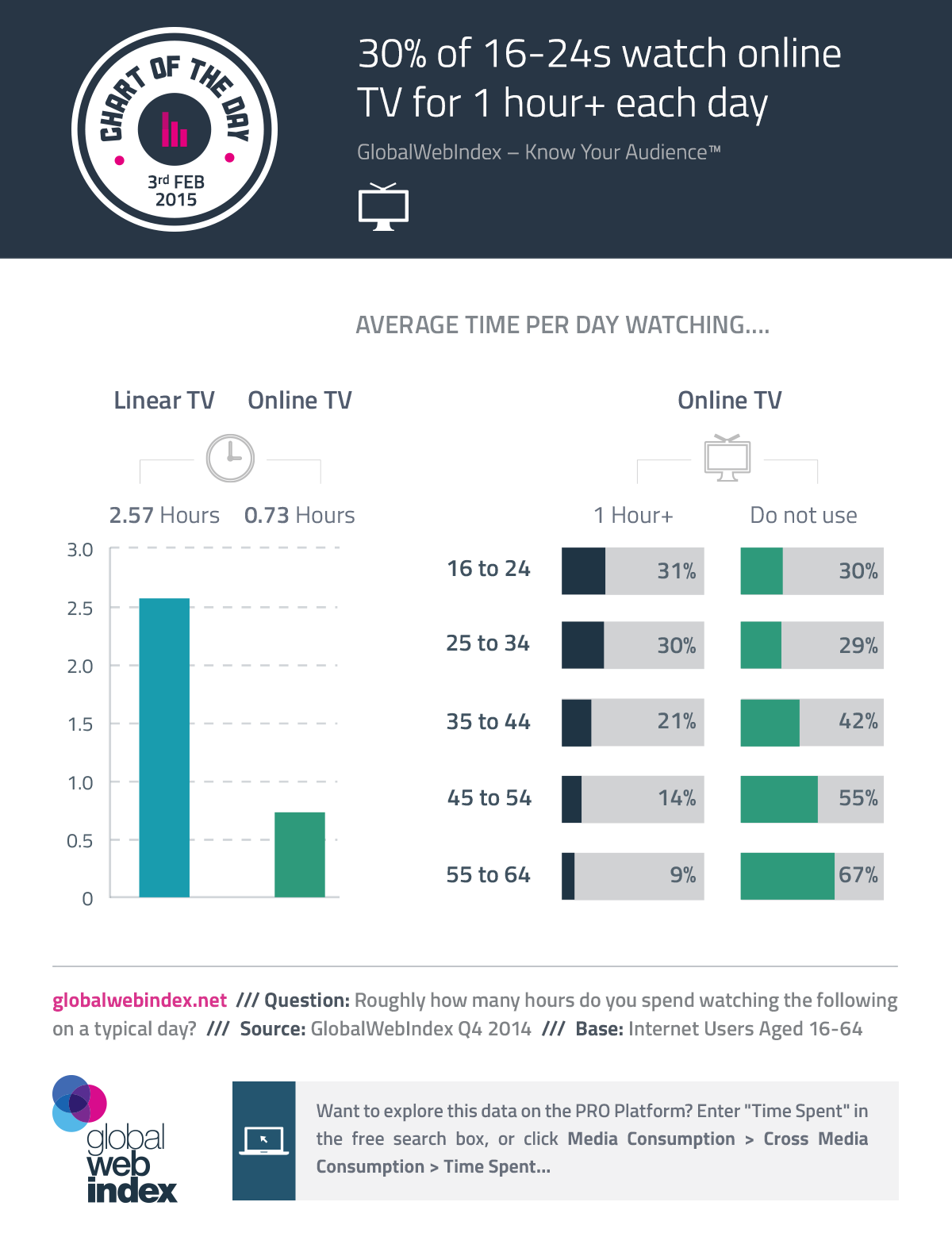