4G has been available in many markets for some time now and it’s clear that this high-speed connection is making its mark – with the numbers accessing 4G continuing to rise while 3G sees a parallel decline.

By region, North America has an extremely pronounced lead when it comes to 4G. By country, however, it’s Singapore, South Korea and Hong Kong which top the table. Infrastructural issues in many markets are having a clear impact here but as more and more users upgrade, 4G will rapidly become the dominant connection type. 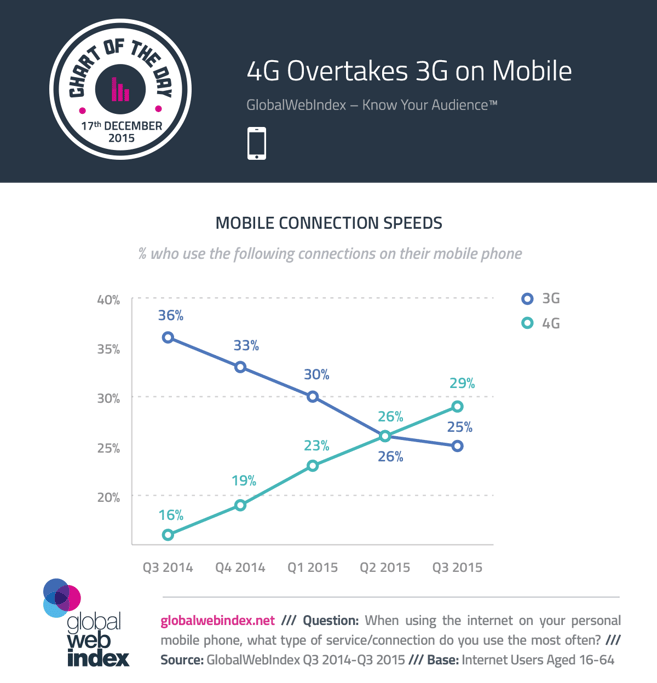